FLIP flops will become part of Brits' wardrobe this week as temperatures soar to 32C.

But while it could be tempting to don your flip flops while driving during the July heatwave, motorists could end up in hot water if it impacts their ability to drive safely. 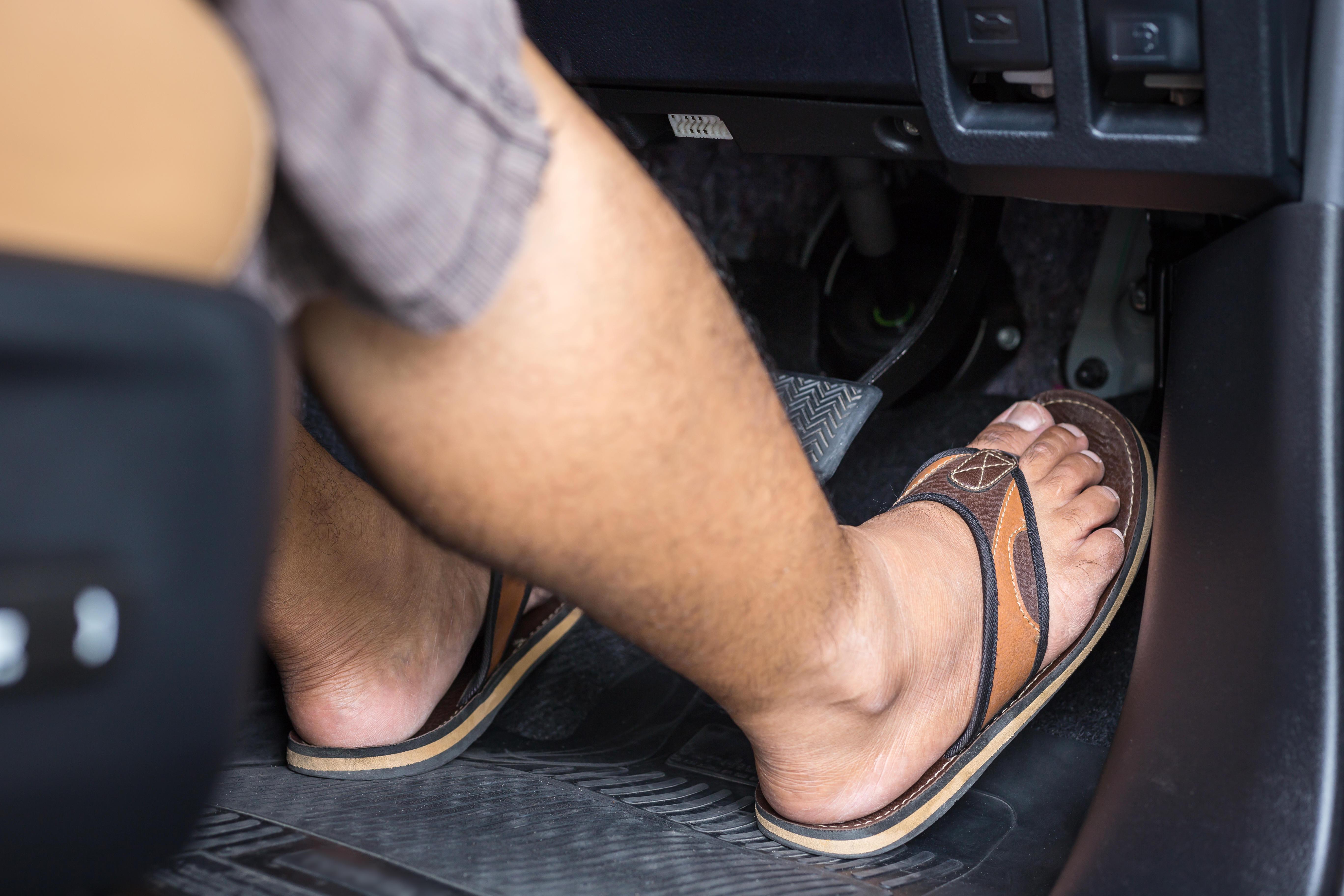 Temperatures are set to reach up to 32C on the hottest day of the year today, with the hot weather forecast to continue next week.

Driving in flip flops isn't illegal in itself, but you could be hit with a careless driving charge if they make it harder for you to drive safely.

Under Rule 97 of the Highway Code, drivers are advised they must have "footwear and clothing which does not prevent you using the controls in the correct manner".

Flip flops could slip off, become wedged under pedals or prevent you from pressing the pedals with enough force to brake quickly, which could cause you to drive erratically or even lead to an accident.

If you are stopped by police while driving in a potentially dangerous manner or your footwear causes a collision, you could be charged with driving without due care and attention – also known as careless driving.

Careless driving carries a £100 on-the-spot fine and three penalty points on your licence.

But in more serious cases, or those that are contested in court, drivers face a maximum £5,000 fine, up to nine penalty points and even a court-imposed driving ban.

A study by insurance brand ingenie previously found 27 per cent of motorists could be risking this penalty as they ditch their shoes in favour of flip flops behind the wheel.

And despite the large number of Brits taking the risk during the spell of warm weather, around one in three actually thought it was illegal to drive in loose fitting footwear.

Neil Greig, IAM RoadSmart Director of Policy and Research, previously told Sun Motors: “Before setting off, you should ensure that clothing and footwear do not prevent you using the controls in the correct manner.

“If flip flops stopped you being in control you could be prosecuted, as you are breaking Highway Code Rule 97.

"Careless driving is mostly judged on the impact your driving has on others around you, so if you are spotted swerving or braking erratically and then stopped and found to have inadequate footwear, you could be prosecuted.

"If you do cause a crash, then it could also be an aggravating factor against you in court and lead to a slightly higher fine or longer ban.”

"They slip off, slide under the pedals, get caught between your feet and the pedals and if your feet are wet, they’ll affect your ability to brake if you need to.

“Aside from the actual rules though, driving in flip flops can create a dangerous driving environment, and put you, your passengers, and other road users at risk."

You could also face a £5,000 fine if you take off extra layers while driving.

This motorist drove up and down the length of the UK in van fuelled solely by cooking oil.