FIRST ON FOX: Recently released documents from the Department of Health and Human Services (HHS) Office of Refugee Resettlement (ORR) reveal incidents of physical and sexual abuse of unaccompanied migrant children intercepted at the southern border.

The sexual abuse incidents all occurred during a one-month period between Jan. 21 and Feb. 25 of this year – during the time President Biden dismantled his predecessor’s immigration policies.

“These documents show that not only are there shocking reports of sexual abuse occurring in shelters for unaccompanied children, but that there is violence among the UACs themselves,” Judicial Watch President Tom Fitton said in a statement to Fox News.

“It is no surprise that Biden administration’s enabling of human trafficking has resulted in violence and the abuse of children,” Fitton continued.

HHS withheld details on the identities of the alleged perpetrators and victims in the reports and did not provide Judicial Watch with incident reports on the abuse. 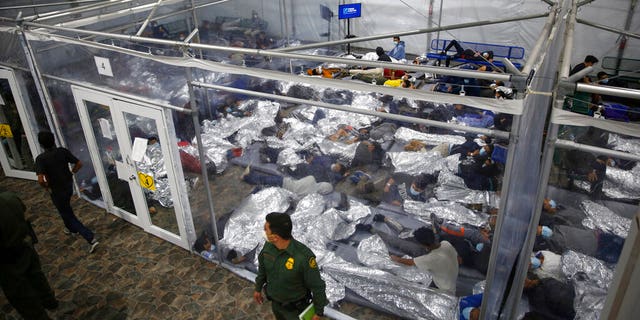 In this March 30, 2021 file photo, minors lie inside a pod at the Donna Department of Homeland Security holding facility, the main detention center for unaccompanied children in the Rio Grande Valley run by U.S. Customs and Border Protection (CBP), in Donna, Texas. (AP Photo/Dario Lopez-Mills,Pool, File)

Additionally, the documents revealed Baptist Children and Family Services (BCFS) shelter in Baytown, Texas, had one unaccompanied migrant report that a 17-year-old Guatemalan boy had been physically assaulted by his roommate, who repeatedly punched his chest while the boy was lying down.

The document notes that the victim did not want to talk about the attack with shelter officials and was moved from his room for safety reasons.

The documents also revealed that the incident was not reported to either Child Protective Services (CPS) or local law enforcement.

HHS did not immediately provide a comment on the documents to Fox News. Earlier this month, the Biden administration admitted to falling out of communication with thousands of unaccompanied migrant children.

Allegations of sexual abuse against minors in facilities have been floated for months. Judicial Watch obtained the records through their Freedom of Information Act lawsuit the organization filed months ago in May.

“In short, this facility is a health and safety nightmare. The Biden administration is now presiding over the abuse of children,” Abbott said to reporter at the time, demanding the White House close the facility and calling on the Texas Rangers and Texas Department of Public Safety to investigate the allegations.

“The Biden administration caused this crisis and has repeatedly failed to address it,” Abbott said. “The administration failed to plan for the influx of children that they invited to come. Now they face allegations of despicable child abuse and neglect.”

Houston Keene is a reporter for Fox News Digital. You can find him on Twitter at @HoustonKeene.