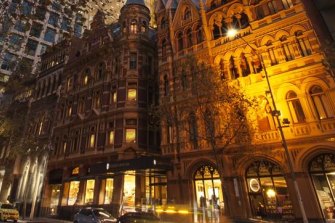 The developer recorded a 9 per cent fall to $550 million in operating profit, the metric used to calculate distributions to security holders, while at the same time reporting a significant 61 per cent leap in statutory profit to $901 million off the back of revaluation gains across its property portfolio.

Mirvac is the largest developer of high-density apartments and will release an additional 1100 new dwellings in the coming year across seven new sites along the eastern seaboard.

A swathe of about 455 sites are slated to be for sale off the plan at its Willougbhy project in Sydney’s north, which is the former home of the Channel Nine television studios.

Chief executive and managing director Susan Lloyd-Hurwitz said there is a very compelling proposition to increase exposure into the apartment sector.

“With the very steep increase in established housing prices compared to apartment price growth and the quality that we can offer of well-designed Mirvac apartments at a fraction of the price of a house in the surrounding neighbourhood, we see that is a very compelling proposition to construct more projects,” Ms Lloyd-Hurwitz said.

Revaluations gave the company a $274 million boost to its bottom line, driven by a big jump in industrial assets and to a lesser extent rises in its premium office portfolio.

It reported earnings per security of 14c ahead of its previous guidance of 13.7c.

Over the 2021 financial year Mirvac settled 2526 residential sales, above its guidance of around 2200.

“Our commitment to being shovel ready, and the depth and diversity of our development pipeline, meant we were able to release product in response to heightened demand,” Ms Lloyd-Hurwitz said.

“As a result, we saw our highest sales rates since financial year 2016.”

The group made key property disposals at well above book value, particularly after signing a deal to sell Cherrybrook Village in Sydney at a 43 per cent premium.

Mirvac has provided first-time guidance for next financial year of earning per security of “at least 15c,” representing growth of 7.1 per cent, and distribution per security of 10.2c.

“While this is less than our/consensus forecasts for 15.4c-15.6c, we note that guidance assumes three to six months of disruptions from lockdowns, and gives room for Mirvac to tighten/lift [it] later in the year,” Morgan Stanley analyst Lauren Berry said.

“While guidance is technically a miss, we think momentum in residential development gives the market plenty to be positive about,” she said.

There were “largely no surprises from Mirvac’s result,” said analysts at Macquarie bank, also highlighting the group’s strong residential performance.

Ms Lloyd-Hurwitz said despite the extended lockdowns and restrictions, vaccine supply is improving and vaccine coverage is increasing daily.

“I am confident this, along with other mechanisms such as a vaccine passport and rapid antigen testing, will enable Australia to open up again safely, providing a pathway towards recovery in financial year 2022.”

Shares in the $11.8 billion ASX company remained stable at $3 during trading.