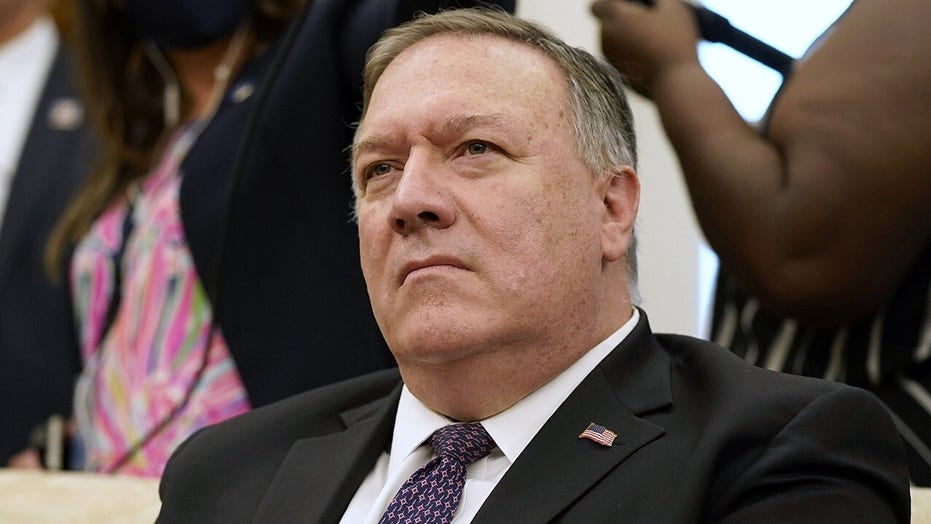 Rep. Elliot Engel, chairman of the House Foreign Affairs Committee, announced Friday the Committee would begin working on a resolution to hold Secretary of State Mike Pompeo in contempt after he spoke at the Republican National Convention this week.

Engel, D-N.Y., said the resolution was a result of Pompeo’s “ongoing refusal” to comply with subpoena records for “political misuse” of State Department resources.

At the convention, Pompeo broke with diplomatic tradition to deliver a speech from Jerusalem touting the president’s foreign policy agenda. The speech stirred an outcry from Democrats who claimed it violated the Hatch Act, but Republicans shrugged off concerns, saying that Pompeo appeared in his personal capacity and no State Department resources were used.

“From Mr. Pompeo’s refusal to cooperate with the impeachment inquiry to his willingness to bolster a Senate Republican-led smear against the President’s political rivals to his speech to the RNC which defied his own guidance and possibly the law, he has demonstrated alarming disregard for the laws and rules governing his own conduct and for the tools the constitution provides to prevent government corruption,” Engel, long Pompeo’s fierce critic, said in a statement.

“He seems to think the office he holds, the Department he runs, the personnel he oversees, and the taxpayer dollars that pay for all of it are there for his personal and political benefit,” the New York Democrat continued.

Engel said that three months ago, he had requested documents so the committee could investigate “Pompeo’s partisan misuse of Department resources.”

The committee said the subpoena demands all records related to Biden and Ukrainian energy company Burisma Holdings that the State Department has produced to the Senate Committees on Finance and Homeland Security and Governmental Affairs — which are controlled by Republicans.

“After trying to stonewall virtually every oversight effort by the Foreign Affairs Committee in the last two years, Mr. Pompeo is more than happy to help Senate Republicans advance their conspiracy theories about the Bidens,” Engel said last month. "I want to see the full record of what the department has sent to the Senate and I want the American people to see it too.”

The committee alleged that while the State Department has handed over 16,000 pages of records to the Senate committees regarding Biden's Ukraine ties, it has refused Engel’s request to provide his office with duplicates.

Newcomer Jamaal Bowman upset Engel, who has held his seat for 31 years, in a June primary. Bowman is likely to take Engel’s place in January in the heavily Democratic Bronx-Westchester district.