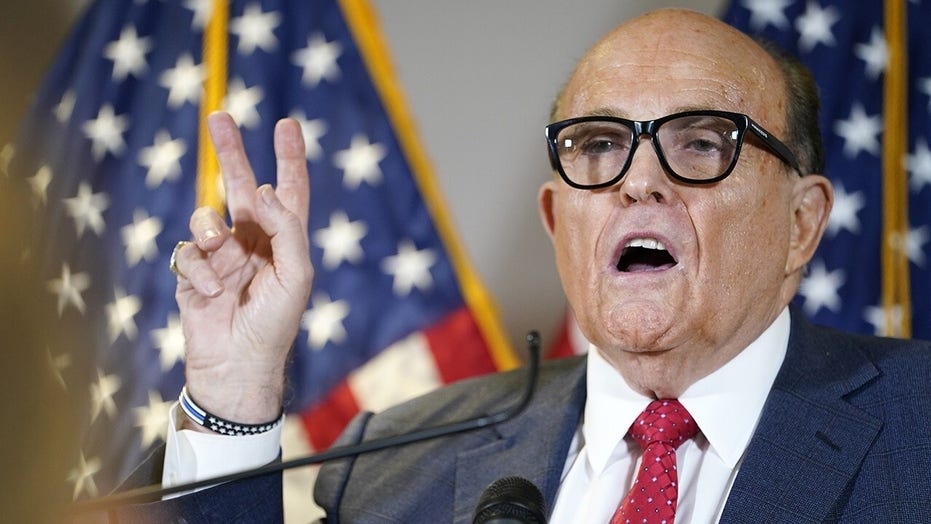 The New York Times blames the competitive rush for reporting a false allegation that the FBI warned Giuliani that Russian intelligence was targeting him.

Late last month, when the Centers for Disease Control eased its mask guidelines for vaccinated people venturing outdoors, the New York Times story on the announcement had a striking statistic:

“The study concluded that fewer than 10 percent of infections occurred outdoors, and that the odds for indoor transmission were 18.7 times as high as outdoors (the odds of super-spreading events were 33 times as high as indoors).”

The Times had plenty of company. All kinds of news outlets repeated the figure, framed as an easing of CDC advice to encourage people to get the Covid-19 vaccine—with the prospect that they could enjoy outdoor life largely mask-free.

But if you stop and look at it, “fewer than 10 percent of infections” occurring outdoors is not all that comforting. That would mean you’d have as much as a 1 in 10 chance of contracting a deadly disease while walking around.

Well, yesterday the Times did a difficult thing for a newspaper, challenging the CDC for peddling garbage.

He lambasted “the extreme caution of CDC officials” for setting the level at 10 percent, so high that no one could challenge it. In fact, writes Leonhardt, citing discussions with multiple epidemiologists, “the share of transmission that has occurred outdoors seems to be below 1 percent, and may be below 0.1 percent.”

Well, it might have been nice to know that a year ago, though perhaps the science wasn’t clear at that time.

SOME PROBLEMS ARE MOUNTING, BUT A MAJORITY SEE AMERICA ON THE RIGHT TRACK

This is not just a nerdy dispute over math. The Times quotes one virologist as saying the CDC “seems to be a huge exaggeration.” But it’s part of a pattern by the ultra-cautious agency that may well be discouraging many people from getting their shots—at a time when vaccination rates have plunged.

What’s the point of going to the time and trouble of getting a vaccine if you still have to mask up outdoors? I’m not talking here about walking into a crowd, but about strolling through a park or just window-shopping. Even Anthony Fauci, who’s also seen by critics as too cautious, is now saying the feds have to be more “liberal” in describing the payoff from vaccination.

In reality, says Leonhardt, “the rare outdoor transmission that has happened almost all seems to have involved crowded places or close conversation. Saying that less than 10 percent of Covid transmission occurs outdoors is akin to saying that sharks attack fewer than 20,000 swimmers a year. (The actual worldwide number is around 150.) It’s both true and deceiving.”

In my view, the slow pace of vaccinations is the biggest single reason why we may fall short in vanquishing the virus. Some people have legitimate concerns or see themselves as too busy. But, like mask-wearing, it’s also become a partisan issue, with conservatives among the most reluctant groups. The states with the highest rates of participation are blue strongholds; those with the lowest are red states.

Biden announced a range of new measures yesterday, including free rides from Uber and Lyft, and community colleges hosting vax sites. Buffalo had success in giving away free beer; Maryland and West Virginia are offering $100 incentives; New Yorkers can get free Yankees or Mets tickets.

The administration should have been better prepared, since it’s been known for months that supply would outstrip demand by May. If a couple of brewskis can entice people to get the shots, there are still lots of persuadable folks out there.

On the encouraging side, the Food and Drug Administration’s approval of a Pfizer vaccine for kids 11 through 15 should help them and their families. And there should be a blitz to get many of them vaccinated—with their parents’ permission—before the school year ends and they start scattering.

Perhaps the Times piece, if widely picked up, will entice more people who are sitting on the fence. But with all the conflicting advice and partisan filters out there, it may just add to the confusion.