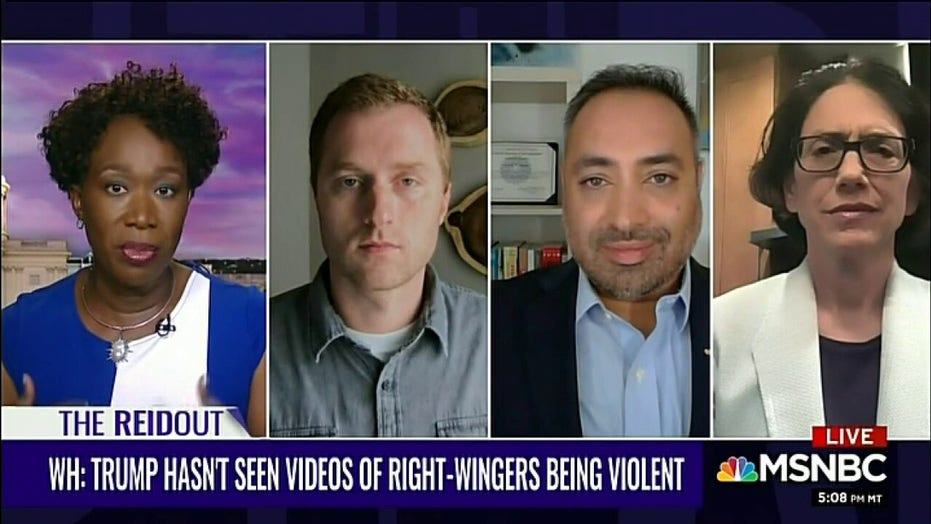 MSNBC’s Joy Reid made the suggestion that Trump supporters are ‘radicalized’ by the president during a segment on her show.

Howard University announced last week that MSNBC host Joy Reid will be teaching a class as a Hearst Visiting Professor next year despite her controversial past.

The school said Reid will be joining the Department of Media, Journalism and Film in the Cathy Hughes School of Communications in Spring 2021 and will be teaching a "master class" of junior and senior journalism students titled "Covering Race, Gender & Politics in the Digital Age."

“Joy Reid is a great addition to our faculty as Hearst Visiting Professor in Spring 2021, Hearst Visiting Professor in Spring 2021," Cathy Hughes School of Communications Dean Grace Lawson-Borders said in a statement. “Ms. Reid brings a depth and breadth of experience on the current media and political landscape to examine issues in a digitally enhanced academic and professional environment.”

“I’m so excited to be the incoming Hearst Visiting Professor at Howard University, teaching a course on the impact of race and gender on political coverage,” the "ReidOut" host said. “Particularly in this era of virtual media, and deep partisanship and political division, it’s never been more important that journalists incorporate a thorough and honest historical context in our coverage. I can’t wait to interact with the brilliant students at Howard and share ideas with them on how we as an industry can be better and do better.” 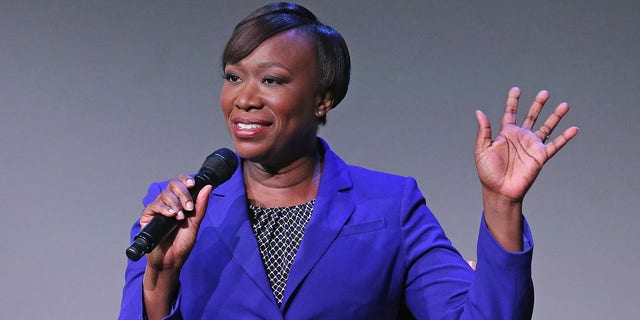 According to the announcement, the class Reid will be teaching will "introduce students to concepts of political media coverage, focused on issues of race and gender, and discuss how those topics land in today’s increasingly ideologically siloed, digitally influenced newsroom. Some of the relevant topics of the course include digital disinformation and Black voters and the racial roots of journalistic objectivity vs. fairness."

However, while MSNBC has handed Reid a promotion in the form of Chris Matthews' old timeslot, her critics have not been as forgiving over her infamous hacking controversy.

In December 2017, Mediaite discovered a trove of homophobic articles written by Reid between 2007 and 2009 on a political blog called “The Reid Report”. At the time, Reid issued an apology, calling her remarks “insensitive, tone-deaf, and dumb” and vowed to “do better” going forward.

However, after Mediaite found even more homophobic articles in April 2018, Reid claimed that an “unknown, external party accessed and manipulated material” on her old blog and “fabricated” the offensive entries and that she was working with a “cyber-security expert” and “notified federal law enforcement officials.”

Reid addressed the controversy the following week on her show. Although she did offer an apology, she did not take ownership of her blog posts, telling her viewers, “I genuinely do not believe I wrote those hateful things because they are completely alien to me.” Many of her MSNBC colleagues expressed their support for her at the time.

Howard University did not immediately respond to Fox News' request for comment.

Reid also has a lengthy history of making controversial remarks both on MSNBC and on Twitter.

The "ReidOut" host sparked outrage in September among the Muslim community when she compared Trump's "radicalization" of his supporters to Islamic extremists and later refused to apologize. During her network's election coverage, Reid referred to Supreme Court Justice Clarence Thomas as "Uncle Clarence" while questioning if he would be loyal to the Constitution rather than President Trump amid a potential election challenge.

The MSNBC icon also has a pattern of delving into conspiracy theories. Reid, who was a prominent voice during the network's Russia collusion coverage, suggested during the presidential campaign that President Trump was faking his coronavirus diagnosis to "get out of the debates."

Reid also falsely claimed that the coronavirus vaccines developed by Pfizer and Moderna were not part of the Trump administration's Operation Warp Speed and insisted that "White nationalist mobs" rather than Black Lives Matter was responsible for the urban violence that took place throughout this year.