Nuix has been the most disastrous float in years, but the data forensics group has not lost all of its fans despite being associated with two criminal investigations and a probe into its accounts and prospectus in the lead up to its ASX listing last year.

ECP Asset Management – the latest venture of Hyperion Asset Management founder Manny Pohl – showed up as a substantial shareholder last week after taking advantage of the recent share price plunge of about 70 per cent this year to top up a stake that is now above the 5 per cent threshold.

According to ECP director Jared Pohl, Nuix remains one of a handful of high quality technology companies in Australia with truly global opportunities. 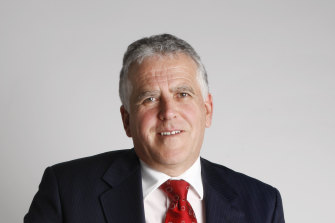 Nuix might not be everyone’s cup of tea but Manny Pohl’s ECP remains a believer in its long term prospects. Credit:Louise Kennerley

“While the issues ventilated in the press are not ideal, and the company needs to work through those issues systematically, nothing yet suggests that our thesis is broken,” Mr Pohl said.

“Our efforts are currently focused on ensuring that the outlook for the core business remains intact and that Nuix can demonstrate it is able to execute against the expectations we have set for them. All else being equal, as the share price has declined our expected return has increased and so we believe that we are able to buy the company now at a much more attractive price than we were able to when it listed.”

ECP thinks Nuix still has a big opportunity to expand its market beyond its current clientele of international regulators, tax officials and law enforcement agencies such as the US Department of Justice, Britain’s Serious Fraud Office and the AFP.

The fund manager also sees upside to Nuix’s transition from module-based subscription contracts to consumption-based contracts that are expected to boom as customers process soaring amounts of unstructured data.

Short-term performance bumps from this transition were not unexpected, according to Mr Pohl.

“It is worth pointing out that we expected this same shift towards consumption-based contracts would cause some issues in the short term due to the differences in accounting treatment for both Revenue and ACV (annualised contract value) between the two contract types. We saw evidence of this in the first downgrade on the 21 April 2021.”

Nuix is not the only high profile tech group to struggle with this transition. Computer board design group Altium has also struggled with multiple downgrades as it transitions customers to a consumption-based business model.

Not everyone has maintained faith in Nuix though. Former substantial shareholder, Phil King’s Regal Funds Management sold down in March. Another early investor, Lennox Capital Partners, has also sold most of its shares and told its investors this month that it is too early in the turnaround to look at Nuix despite its strong technology.

“There has been brand damage done and that has led to a confidence decline. From our point of view, we can’t build an investment thesis because it is missing management and governance which is crucial so we will wait and watch,” Lennox managers James Dougherty and Liam O’Donohue said on a company webcast last week.