A WOMAN has revealed how she caught her ex stalking her on her Instagram profile.

TikToker Mel D revealed in a short video how she spotted a fake account belonging to her ex. 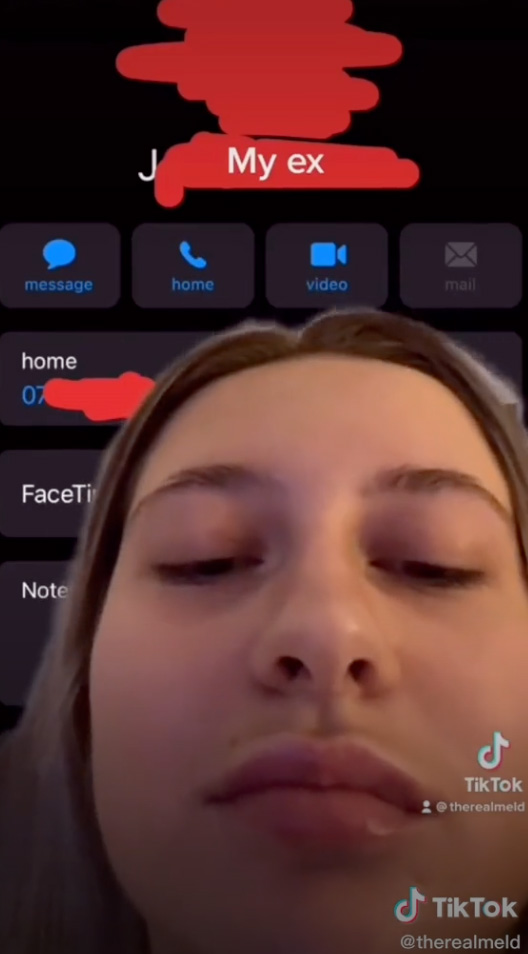 In the popular TikTok video, @therealmeld walks other users through what to do if they suspect a suspicious account is actually someone they know.

She said: "So a few months ago I caught my ex stalking me on this fake account because I blocked him."

She then explained how she filmed a TikTok of her sleuthing back in February but thinks she might as well post it now.

The next clip shows her scrolling through accounts that have watched one of her Instagram Stories.

She clicks on an account with no profile pictures, zero posts and zero followers.

The account also had a strange user name that was a jumble of letters and numbers so stood out as potentially being a 'fake account'.

The TikToker wrote on the screen: "Did the 'forgot password' trick."

A screen then pops up explaining that a link to create a new password will be sent to an email or phone number associated with the account.

Although most of the letters or digits are starred out, the TikToker could still work out that the phone number associated with that account belonged to her ex.

Bear in mind you should never actually hack into someone else's account as that's a cyber crime.

In other news, WhatsApp will be blocked on millions of phones forever next week.

A US journalist has described his shock after his phone was hacked using military-grade software designed to spy on terrorists and drug lords.

Facebook removes less than three per cent of violent hate-filled posts, a whistleblower has claimed.

The social media giant plans to change its company name as part of a rebrand expected to be announced in the coming days.