"After working with you for years, I still have no idea if you are actually good at your job."

A coworker kindly shared that with me a few years into my corporate career.

I was shocked but I shouldn't have been. As a not-so-confident introvert who found it difficult to speak up in meetings, or talk about my accomplishments without feeling like I was bragging, I was at a disadvantage when it came to sharing my wins. It also didn't help that growing up, I'd been taught to be humble and let my work speak for itself.

That moment was a huge wake-up call. I realized that if I didn't want to spend the rest of my life being overlooked, something — namely, me — needed to change.

Here are three tactics that helped me develop my confidence and go from an unnoticed employee to the owner of a multimillion-dollar business before 30.

1. Show your accomplishments instead of telling them 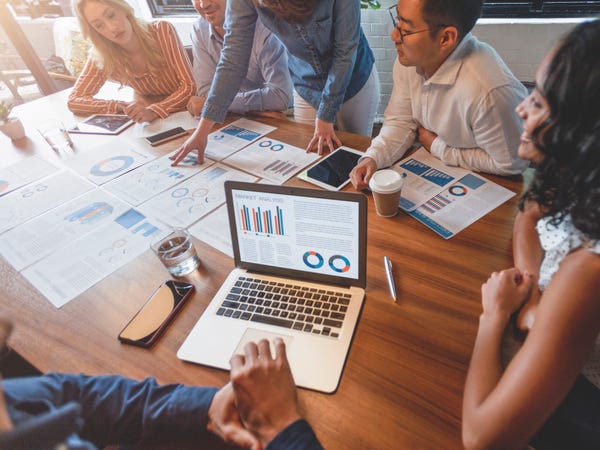 I once listened to a colleague spend 20 minutes sharing his enthusiasm for his latest project. By the time he was done, everyone listening — including his boss and boss' boss —  knew how passionate he was about his job, what wins he'd achieved for the company, how hard he worked, and how much more revenue his latest project was estimated to drive.

The best part was that he'd done it all without once coming across as bragging. How'd he do it?

He described the process of what he was working on. He shared how he'd come up with the project idea, the obstacles he'd overcome, how excited he was by the wins, and what he hoped to accomplish. No wonder he was promoted to manager at least two years ahead of anyone else his age.

I took this lesson to heart when I was building my first online business. Instead of telling people how awesome I was, I shared the beliefs and teachings that I was passionate about. (For example, I shared why I disagreed with common advice in my industry and what I recommended doing instead.)

This allowed me to naturally — and easily — showcase my accomplishments and stand out from my competition.

2. Change the story you're telling yourself 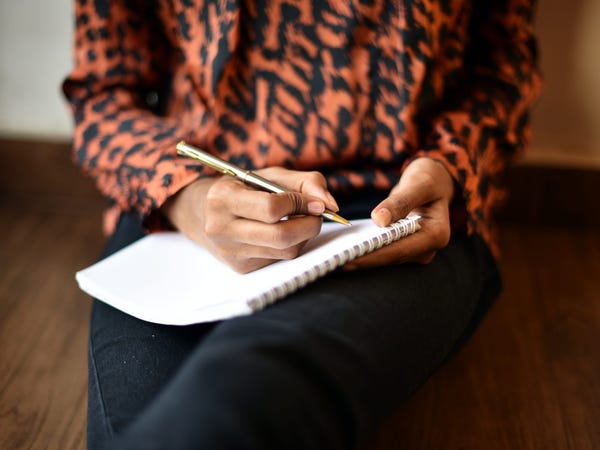 Have you ever said to yourself, "That's just not me"?

I used to all the time, especially as I was building my first business. When I saw other entrepreneurs confidently promoting themselves while I sat on the sidelines, I made myself feel better with, "I'm an introvert. That's them but that's just not me."

As I struggled to grow my business while I watched theirs take off, I realized I had two choices:

I could continue telling myself that the things I needed to do to succeed simply "weren't me" (and accept failure as a result).

Or I could acknowledge the truth: I was telling myself the story that I was an introvert as an excuse for not doing the uncomfortable things I needed to do to succeed.

Spoiler alert: I chose the second option. I asked myself, "What would I do if I was the confident introvert who felt passionately enough about her work to share it with the world?" Then, I did it.

And that's how I started doing daily livestreams on my Facebook page, posting content daily to my social-media accounts, and pitching myself to potential clients.

As a result of changing the story I was telling myself, I stopped using my personality as an excuse. Making this shift allowed me to gradually start feeling more confident promoting myself and sharing my content, which is the No. 1 reason I was able to build a profitable business.

3. Think of confidence as a skill — and develop it accordingly 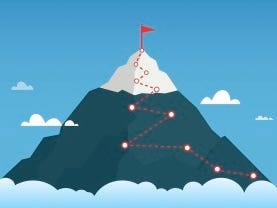 I used to think of confidence as a trait that you were either born with, or without.

Gradually though, I realized that being confident is not a characteristic. It's a skill. What's more, like any other skill, it can be developed. Take learning to read, for example: First you learn to read at a first-grade level, then a second-grade level, and so on.

You can do the same with building your confidence by identifying milestones that help you move from one level of confidence to the next.

At the beginning of my business, it felt impossibly scary to record a video. So I worked my way up to doing that. First, I set myself a goal to write a post and share it on social media. Then I pitched a small blog to write an article for them. Only after I'd done those two steps and built some confidence around sharing my advice did I then record my first piece of video content.

Each time I repeated this process, I built a little more confidence. Gradually, that's how I went from feeling scared of recording a video to being comfortable speaking on live streams that are viewed by thousands.

It doesn't matter what your personality is or how introverted you might be. Improving your confidence is a skill that can be mastered. And once you do, it can truly transform your life.

Luisa Zhou is the creator of the Employee to Entrepreneur system, which teaches people how to leave their day job and start their own six-figure-plus business working for themselves. She's been featured in Forbes, Inc., Entrepreneur, Success magazine, and more. Get her free blueprint for building a profitable online business that frees you from the 9-to-5.