Last week, Derrick Sanderlin was one of hundreds of protesters outside the city hall in San Jose, California. The 27-year-old community organizer and charity worker, who is Black, held a sign that read, “We R Worthy of Life.”

As he stood in the crowd, Sanderlin saw police shooting protesters with rubber bullets. He walked over to the line of officers and pleaded with them to stop.

In footage of the incident local news outlet ABC7 captured, Sanderlin stands roughly 20 feet away from police. He makes no sudden movements and doesn’t reach for anything in his pockets. Without warning, the police start shooting, hitting Sanderlin in the groin. He had emergency surgery, but is not sure if he will be able to have children.

On its face, Sanderlin’s story is not unremarkable. He is one of dozens of protesters police have harmed as demonstrations against police violence and systemic racism spread across the country in the last two weeks. The twist is Sanderlin’s profession: He is an “implicit bias” trainer who has been working with the San Jose Police Department for three years.

“The way they treated people out there over the weekend has been really heartbreaking,” Sanderlin later told ABC7. San Jose Police Chief Eddie Garcia, who Sanderlin knows personally, issued a statement saying, “Derrick has been a real leader in our communities’ efforts to reduce bias and discrimination through dialogue.”

The officer who shot Sanderlin was transferred to desk duty. But still, the incident underscores an important question: If a police department can spend three years undergoing bias training and still shoot a peaceful, unarmed Black protester, what has the training really achieved?

Over the last decade, implicit bias training has become one of the primary methods for law enforcement agencies and policymakers to demonstrate that they take concerns over racist policing seriously. According to a CBS survey of 155 police departments last year, 69% said they were using implicit bias training. Half said they had initiated the programs after the controversial 2014 killing of Michael Brown, a Black teenager, by a white police officer in Ferguson, Missouri.

In the wake of the May 25 police killing of George Floyd in Minneapolis, calls have intensified to expand these programs. The mayors of Los Angeles, Milwaukee and Tampa, Florida, have signaled their intention to install or expand them. Texas and Michigan have passed bills requiring police officers to receive such training. In a Medium post, former President Barack Obama pointed readers to a toolkit urging “ongoing and scenario-based” anti-bias training for all police officers.

Despite its near-universal support among policymakers, however, research has failed to show that implicit bias training has any lasting effect on racial discrimination or the behavior of police officers.

“We don’t have any evidence that anti-bias trainings work (in general,) and we know even less about whether they work for police officers,” said Joshua Correll, a University of Colorado professor who has been studying implicit bias for more than 20 years.

A 2016 study of nine different methods for reducing bias found that none had any lasting effect after a few days. Few researchers have followed up specifically with law enforcement agencies to see if the training had any effect on the practices of officers.

“People have jumped on the idea that we should be providing this training without clear documentation that it makes any difference whatsoever,” Correll said. 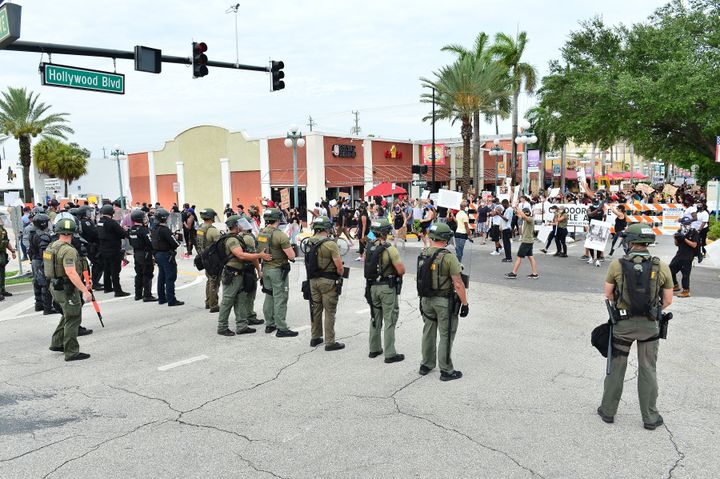 We Are Implicitly Biased

Implicit bias tests measure associations — both conscious and unconscious — between societal groups and negative traits. Originally developed in the late 1990s, these tests often use split-second reaction times to measure how easily subjects classify photographs and behaviors into positive and negative categories.

Over time, implicit bias tests have revealed that much of the population associates Black faces with criminality, violence and aggression. Test subjects are more likely to interpret an ambiguous shove as hostile when a Black person does it, for example. And while many people strongly disagree with overt statements such as, “Over the past years, Blacks have gotten more economically than they deserve,” they may show strong associations between Black faces and danger.

Researchers have also documented implicit bias in police officers. In a 2016 study, 96% of police officers associated Black Americans with weapons. Other research has found that law enforcement officers classify Black faces as more threatening and perceive ordinary objects as dangerous after viewing photos of Black people. In a laboratory experiment, researchers found that police officers were more quick to press a button labeled “shoot” when presented with a Black suspect.

This form of bias has profound implications for every aspect of police work, from deciding whether to pull over an errant driver to shooting a suspect who reaches into his pocket. These split-second decisions or subconscious choices add up to the racial disparities seen in policing. Black drivers are more likely to be stopped, searched and arrested — despite being less likely than whites to be carrying contraband. Black victims of fatal police shootings are more likely to be unarmed. The arrest rates for all kinds of misdemeanors are twice as high for Black Americans than they are for whites. And that, the theory goes, is where trainers like Sanderlin come in.

While evidence of implicit bias in U.S. policing is well-established, the ability of training sessions to reduce it is less clear.

The first problem is the tests themselves. Artificial laboratory tests bear little resemblance to the forms of bias that play out in the real world. A police officer sitting in a room on a college campus and pressing a button labeled “shoot” has none of the adrenaline and sensory overload associated with real-life brutality incidents. Social psychology studies that measure the amount of time police officers look at black faces versus white faces on computer screens may not have any real-world significance.

Some researchers have suggested that the results of implicit association tests for race or other classifications ―  such as those linking men with science and women with liberal arts ― may not effectively identify bias at all. Positive results may simply show that participants are aware of a stereotype ― they know other people believe it ― rather than indicating whether they believe it themselves. 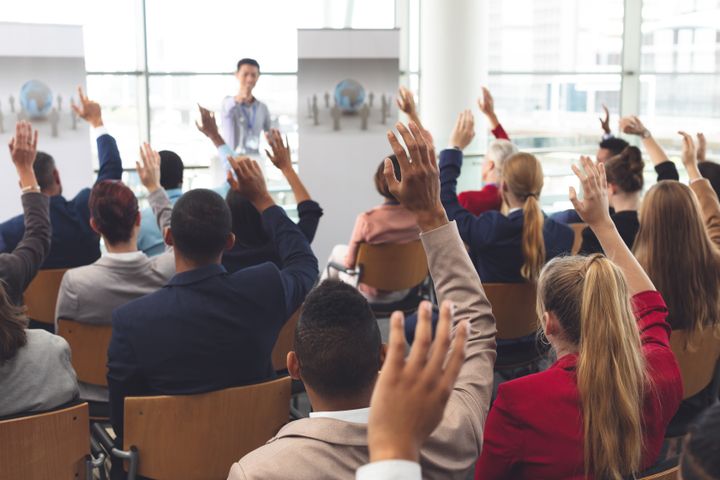 The deeper problem with bias training programs are their content. A standard session for law enforcement lasts from one to two days and hosts up to 40 officers. In those sessions, instructors walk participants through role-playing scenarios and deliver advice, such as asking officers to consider whether they would pull over a suspect if he were white.

But numerous studies have found that these short, simplistic sessions have little effect on racial bias in the long term. A review of 492 studies on implicit bias trainings found that while some forms of instruction were effective in changing participants’ test scores, none had any effect on their behavior.

Despite the massive expansion in such bias training since Ferguson, none of these programs has been evaluated for their effect on how officers actually behave. And there’s plenty of anecdotal evidence that they have not had a positive impact ― just consider the case in San Jose or other incidents captured on video in New York City and elsewhere in the past two weeks.

There’s even some evidence that implicit bias training makes racist attitudes worse. Highlighting bias among police officers could reinforce the message that racism is widespread. In response, participants may resent feeling they’re being lectured about their racist views and entrench them more deeply. Among officers who really do want to identify and reduce their biases, the trainings could end up reminding them of the associations they’re trying to overcome.

Even if the training did have the power to reduce implicit bias in individual officers, there is little indication that alone would improve policing outcomes. The internal culture and social norms of police departments may have more impact on officers’ behavior than anything they’re told in a training session.

“As individuals, we’re a conduit for the cultures in which we live,” Correll said. “So if you’re embedded in a culture that associates Black men with violence and danger, that may well swamp anything you learn in an hours-long, or even weeks-long, training.”

New recruits face intense pressure to conform to existing habits and hierarchies of policing, many of which include over-policing minority communities. A “code of silence” discourages officers from reporting ethical lapses of any kind, including racial profiling and abuse. Legal and employment rules for police make it difficult for departments to rid themselves of problem staffers — in some cities, less than 1% of officers found guilty of wrongdoing are fired.

Without working on these larger structural issues, proposals for reform that have surfaced following Floyd’s killing will have as little effect on racism as changes pushed after previous episodes of police brutality.

Correll said he decided to get into the field of biased policing after the 1999 shooting of Amadou Diallo in New York City ― in recent times, one of the first cases of an unarmed Black man being killed by police that became high profile. “I’m not sure anything has changed except that cell phones allow us to document the fact that nothing has changed,” Correll said. “But let’s hope this one works. People are madder now. And they should be.”