ASX-listed explosives and fertiliser maker Incitec Pivot has warned that its Gibson Island manufacturing plant in Queensland remains under threat from high gas prices, as it told investors it planned to find a further $40 million in sustained annual cost savings.

The $3.7 billion business has been a regular critic of high gas prices, which it says hurt industry because of their impact on costs, and confirmed that it was already seeking a solution that would keep Gibson Island operating beyond 2022, when its current gas supply contract ends. 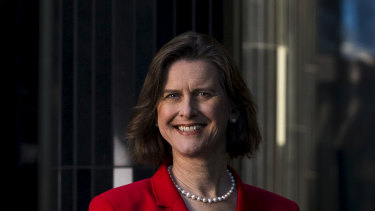 "Gibson Island continues to be challenged with high cost of gas on the east coast of Australia, lower global urea prices and reduced demand for our big end products as the drought in the cotton areas and low water levels in cotton dams continued in northern NSW and south east Queensland," president of Incitec Pivot's fertilisers division Stephan Titze said on Tuesday during a virtual investor briefing.

"We are working hard to secure economical gas to continue the operation of our Gibson Island plant post-2022. It's a great site with a very strategic location for imports and to serve adjacent markets, which gives us the option of importing nitrogen products in case we cannot secure economical gas," he said.

In a recent interview with The Age and The Sydney Morning Herald, chief executive Jeanne Johns criticised the recent surge in gas prices that occurred despite a tripling in gas production in eastern Australia over the last decade.

She called for a new gas pipeline to be built to transfer gas from Bowen to Gladstone in Queensland, saying such a project could allow significant Bowen Basin gas reserves to support the nation's east coast grid.

She also expressed support for the controversial Narrabri Gas Project in NSW, provided that it could be developed safely under appropriate safeguards and that any gas produced was prioritised for domestic use.

Ms John also said Incitec did not burn gas to fuel its operations. Rather, it used the molecule in natural gas and the nitrogen in the air as feedstock in its manufacture of ammonia, the key ingredient in fertilisers and explosives.

"It's not to burn it, it's actually to put it through a chemical reaction in order to create a different product," she said.

"Those industries that use gas as a feedstock actually have a huge contribution, an outsized contribution to both GDP and jobs," she said

Ms Johns told investors on Tuesday that Incitec Pivot had a strong future, its recent $660 million capital raising had put its balance sheet in good shape and its key customers – the mining and agricultural sectors – had compelling drivers and resilient markets.