NASA has shared an amazing aerial photo of the erupting Krakatoa volcano off the coast of Indonesia.

A menacing white cloud can be seen spewing from the violent volcano in snaps taken by one of the space agency's satellites. 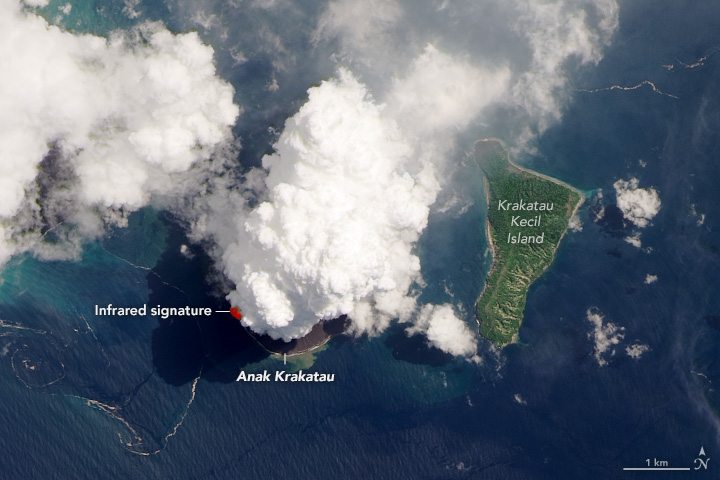 Krakatoa has been erupting sporadically throughout 2020, and last week spewed ash an estimated 1,640ft into the air.

The newly released image was taken on Monday by Nasa's Landsat 8 space probe.

"Krakatoa maintains a mighty and sometimes menacing presence in the Sunda Strait between Java and Sumatra, with more than 50 known periods of eruptions in almost 2,000 years," Nasa wrote in a blog post about the photo.

"The Indonesian volcano’s latest burst of activity has produced numerous plumes and lava flows in 2020, including some relatively small but notable events in April." 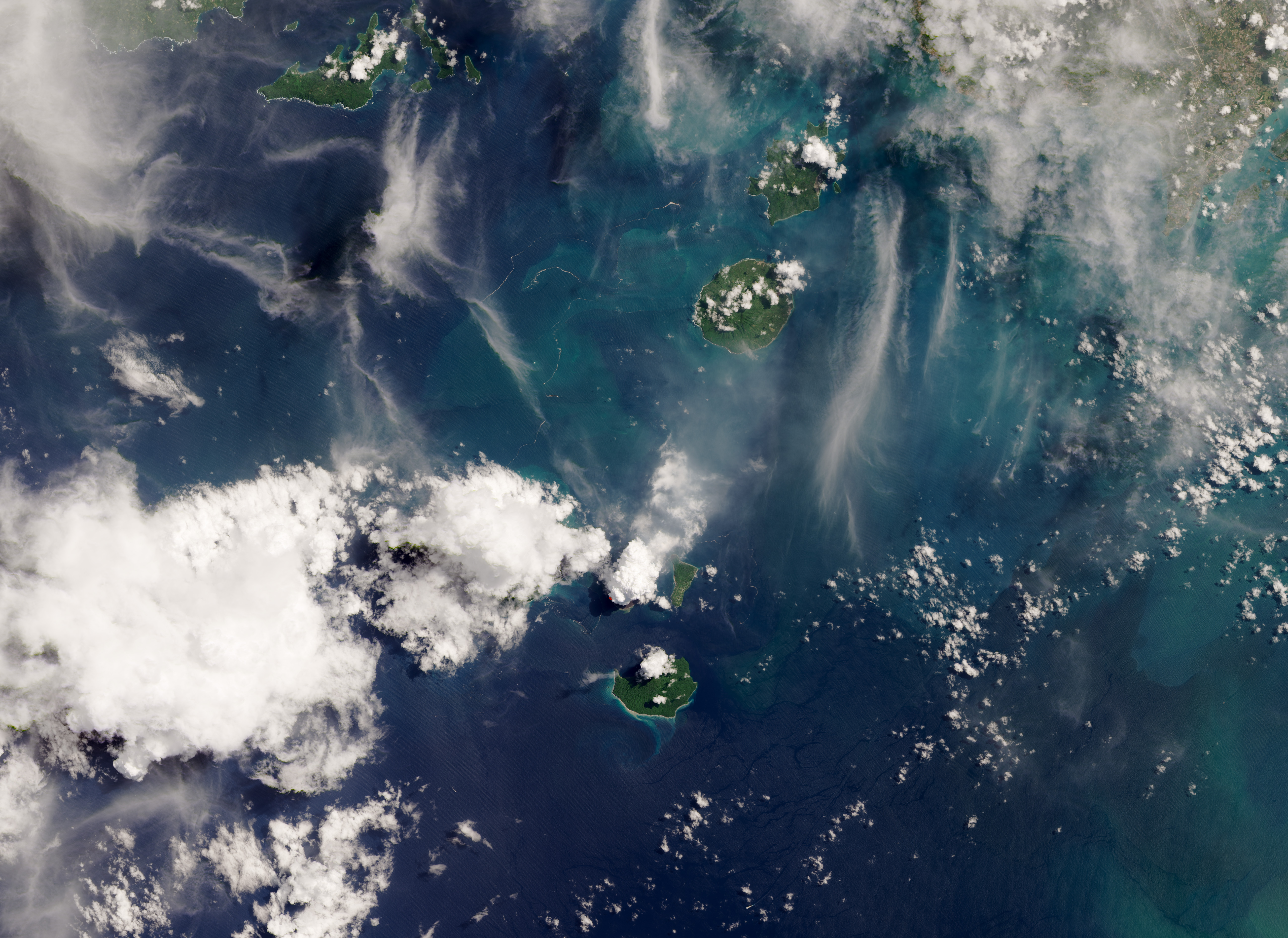 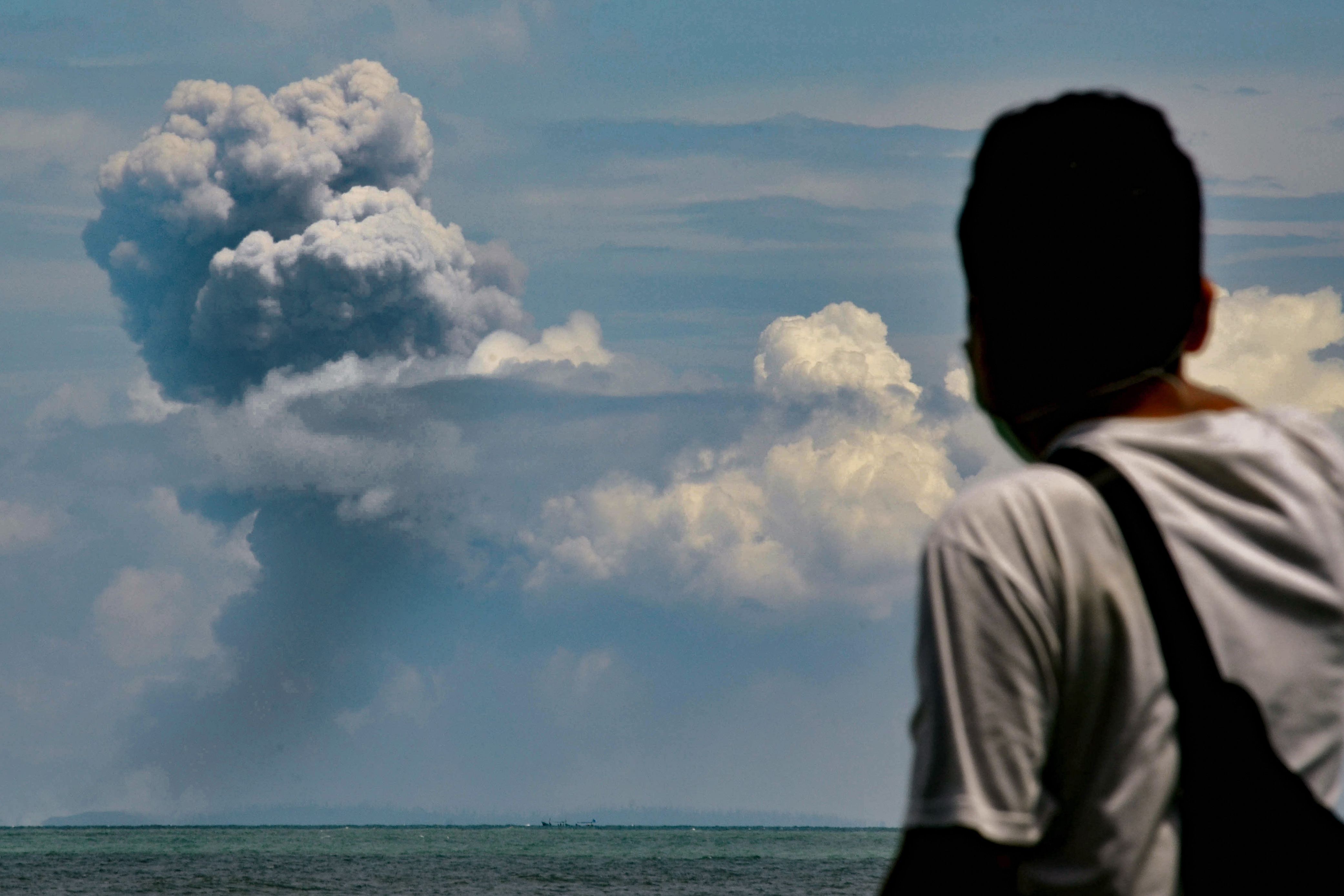 The image was captured by a Landsat 8 tool called the Operational Land Imager.

In one photo, Nasa overlaid the snap with an infrared scan showing searing heat coming off the volcano.

Apparently, the giant cloud of white material is largely made up of hot water vapour and gas.

These clouds are normally white, while ash plumes are typically dark grey or black. 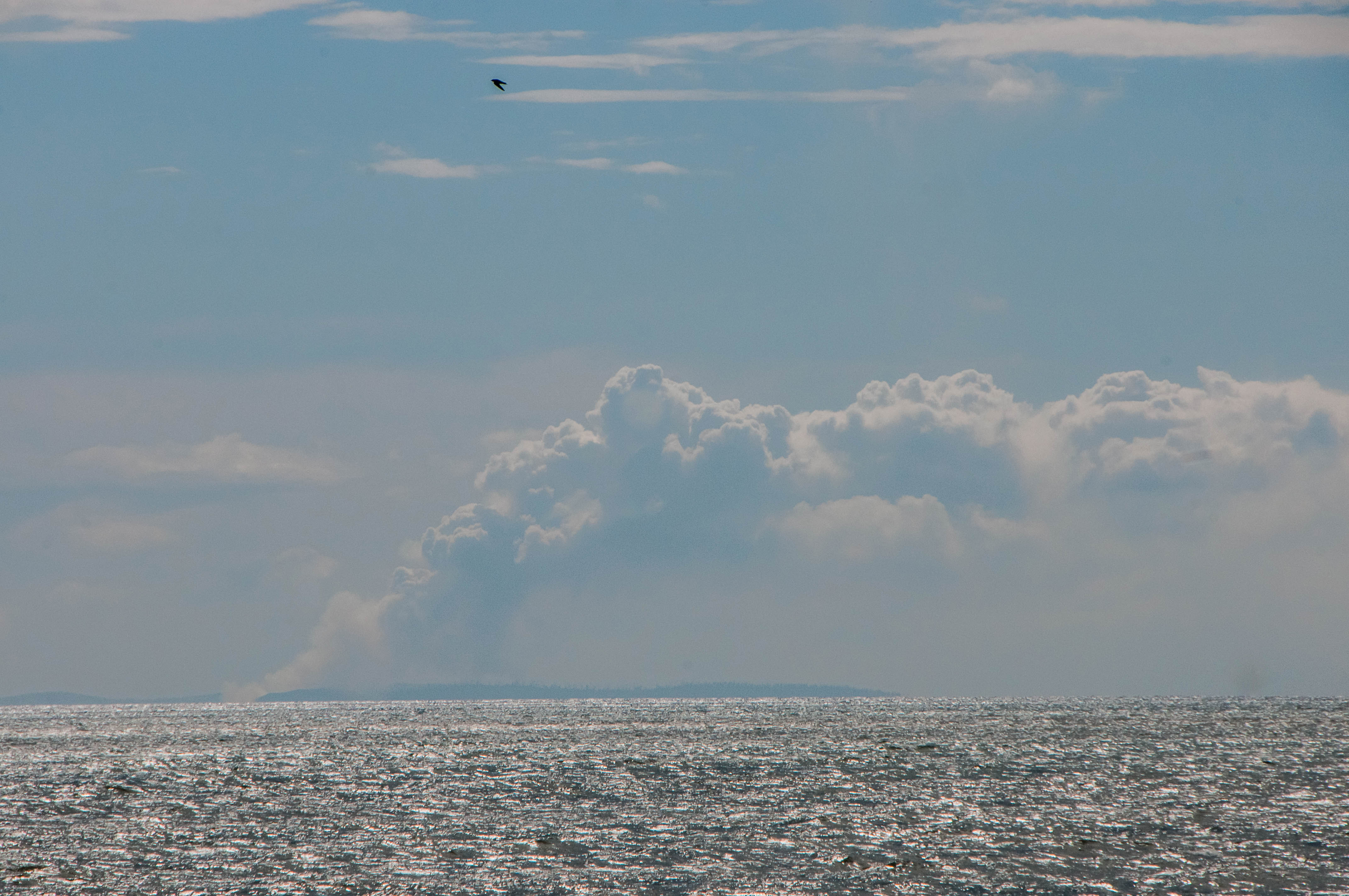 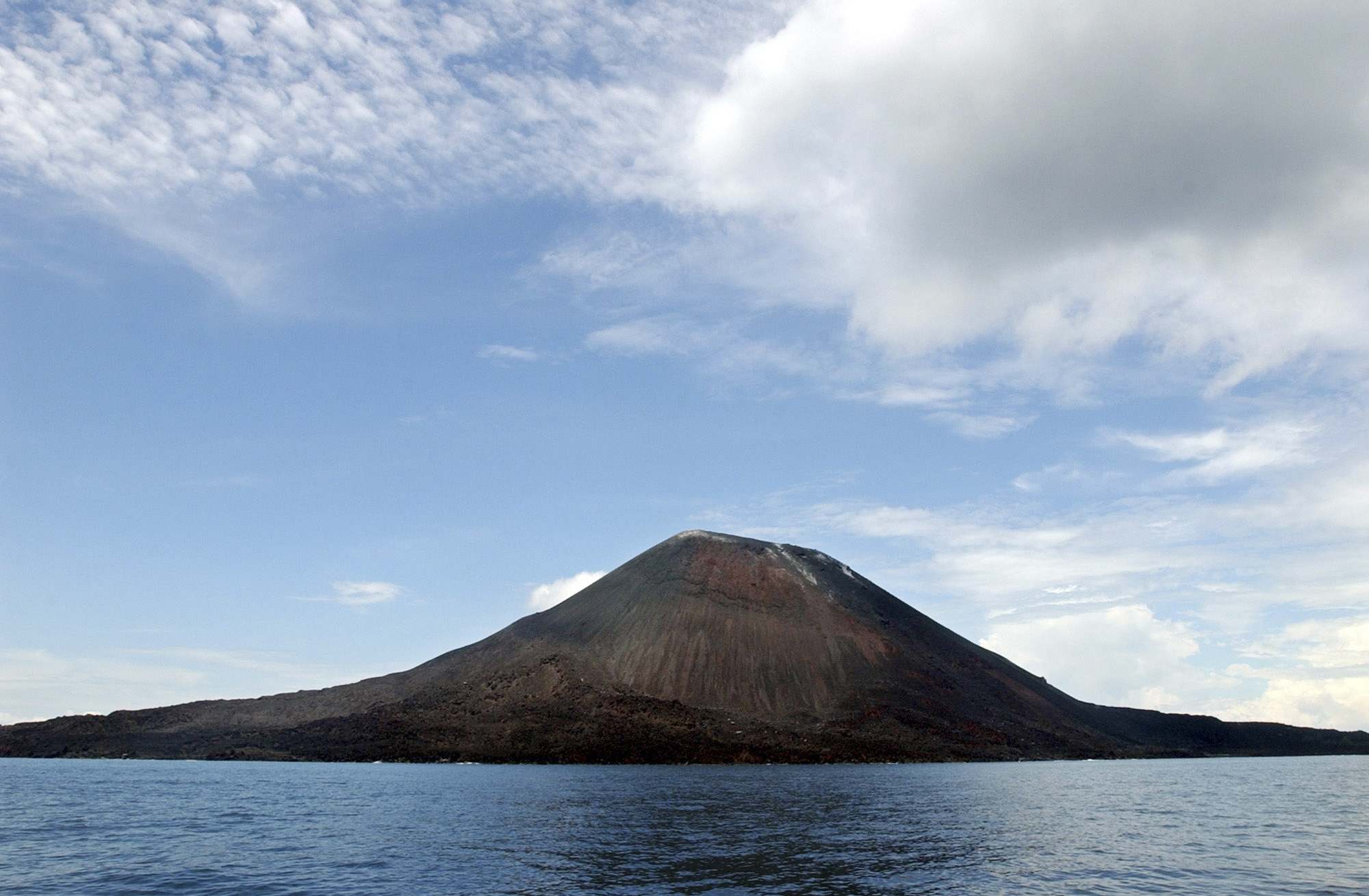 Small amounts of incandescent rock had erupted onto the volcano’s surface in the days prior to the image, according to Indonesia’s Center of Volcanology and Geological Hazard Mitigation (PVMBG).

"However, it can also display more destructive activity such as tsunami-triggering eruptions."

Krakatoa is one of the most active volcanoes in the world. It's just 90 miles from Indonesia's capital, Jakarta. 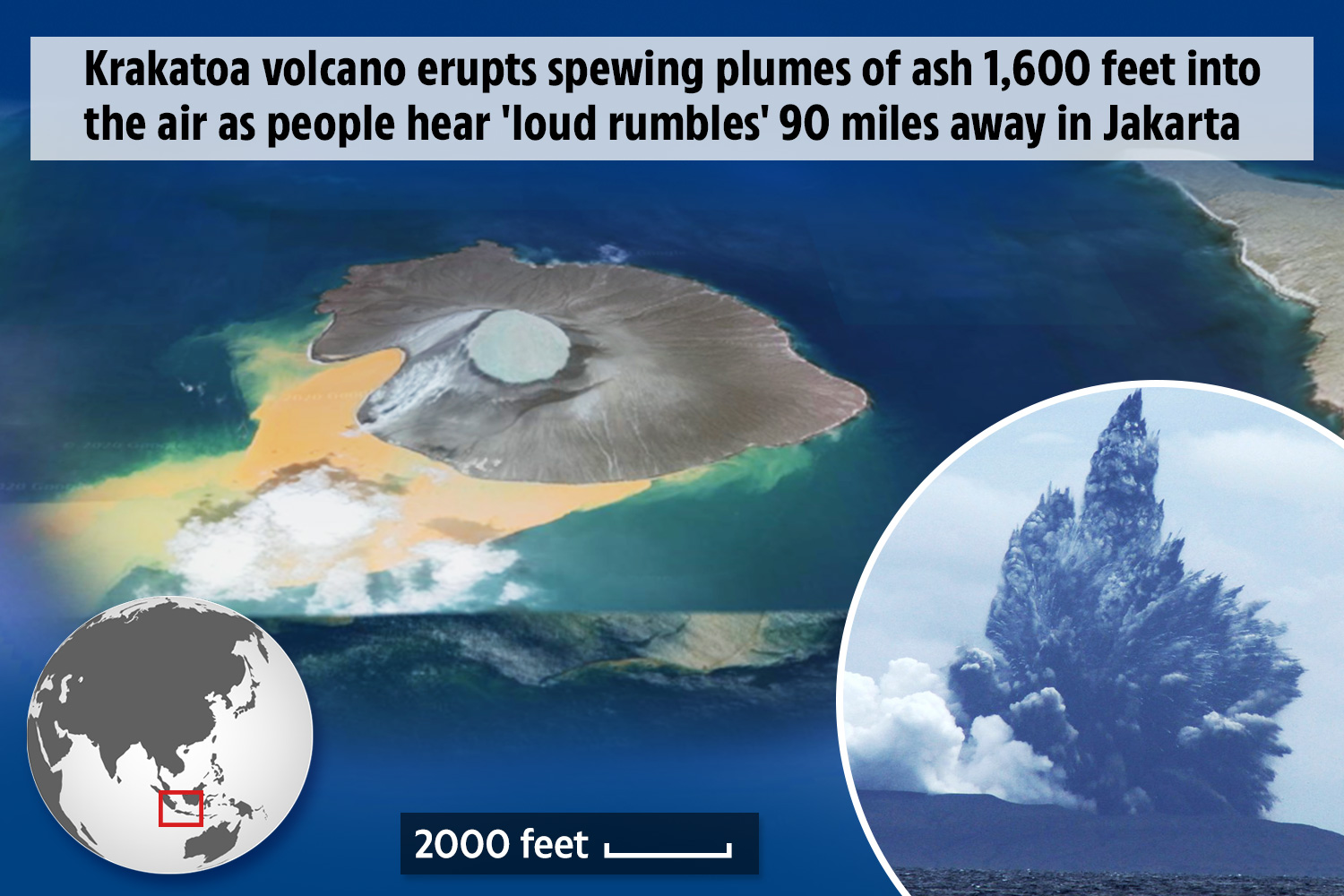 How do volcanoes erupt?

More than 400 people died when the volcano erupted in December 2018, triggering a massive tsunami.

But Krakatoa’s most infamous eruption came in August 1883.

It's the most deadly in modern history, killing about 36,000 people.

Following its collapse in 2018, the volcano lost about two-thirds of its height and three-quarters of its mass.

In other news, it recently emerged that prehistoric humans survived a volcanic super-eruption 70,000 years ago that triggered a ten-year winter.

And, here's a roundup of Earth’s most terrifying holes – from 40,000 feet ‘well to hell’ to fiery pit of poisonous gas.

What do you think of these incredible pictures? Let us know in the comments!