Captured from the hull of a Falcon 9 booster, the video shows the machine hurtling through space before landing on a ship in the Atlantic Ocean. 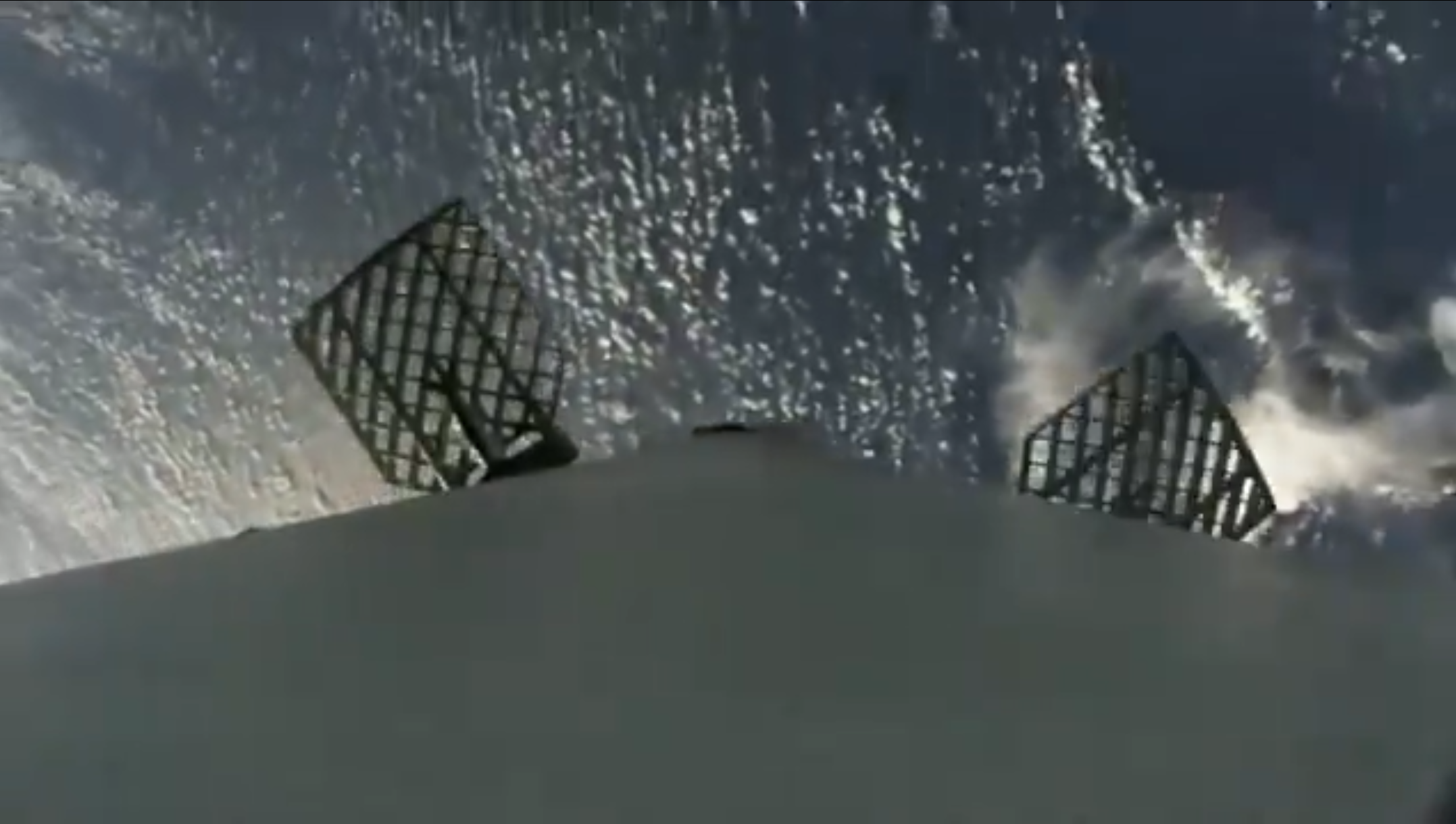 It was recorded in 2016 during the launch of a satellite, but re-emerged on Twitter over the weekend following SpaceX's first manned mission.

Working with Nasa, the California company successfully fired two astronauts from the Kennedy Space Centre in Florida on Saturday.

Spacefarers Bob Behnken and Doug Hurley soared into the atmosphere before boarding the International Space Station 19 hours later, on Sunday.

Much like the launch shown in the timelapse video, the first-stage booster of the Falcon 9 rocket returned to Earth shortly after launch. 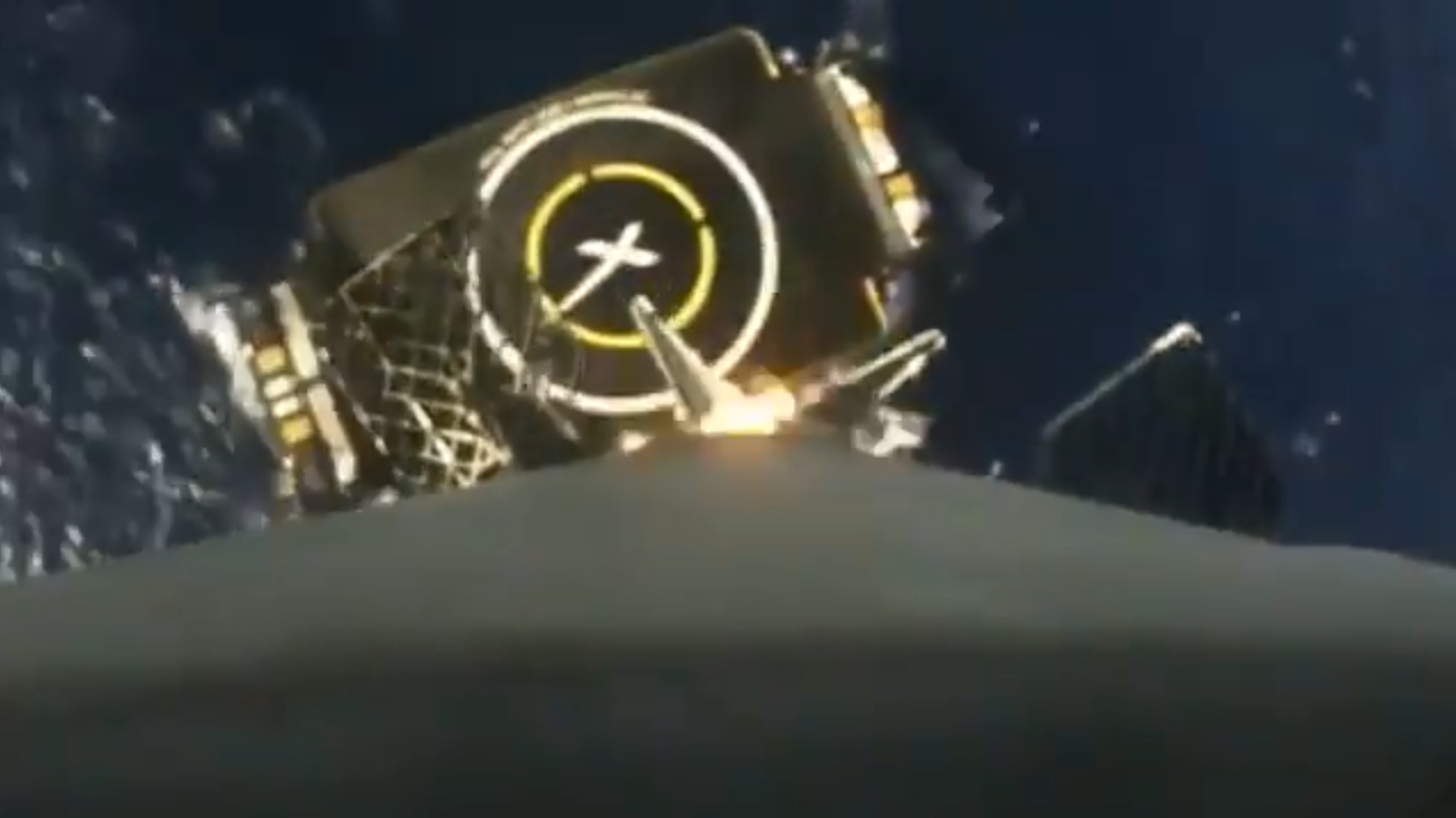 The high-tech contraption landed on an autonomous ship in the Atlantic called Of Course I Still Love You.

The 2016 footage, taken from the launch of the Thaicom 8 satellite, begins right after the booster has separated from its capsule (that's the bit at the top of the rocket carrying the cargo).

Small flaps that help the booster steer extend from its base and the machine begins its AI-guided descent back to Earth.

As it returns to our planet, the booster fires its engines to slow it down on its journey. 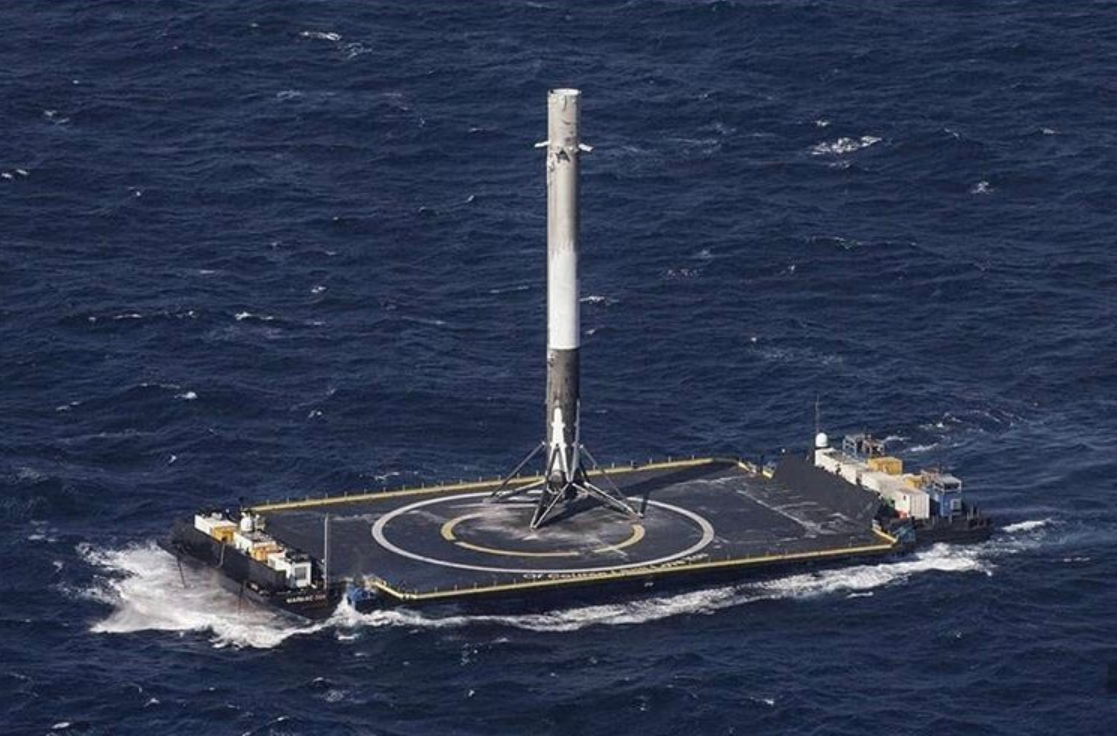 At the end of the flight, it lands perfectly on the Of Course I Still Love You drone ship.

All in all, the clip shows about three minutes of flight condensed into just a clip lasting just 30 seconds.

SpaceX was founded by billionaire Elon Musk with the aim of building rocket parts that can autonomously land back on Earth and be re-used.

The technology makes flying and operating space flights far cheaper than usual as parts can be flown more than once rather than discarded.

Nasa said the successful mission – dubbed Demo-2 – would lay the groundwork for future manned flights to the Moon, Mars and beyond.

The flight also marked the first time astronauts had flown into orbit using a spacecraft built by a private company.

Nasa has depended on Russia's space agency Roscosmos for its manned launches since the Space Shuttle programme was shut down in 2011.

In other news, Russia on Sunday mocked Donald Trump's "hysteria" over the weekend's SpaceX launch.

The crew docked with the ISS on Sunday where they will carry out various space experiments.

And, could you fly Elon Musk’s SpaceX ship? Try this free simulator to find out.