Meghan Markle and Prince Harry live in Montecito, California, after moving there early last year. Since then, they have appeared in multiple video calls that have allowed viewers to see inside the couple’s home and gardens.

Meghan’s pregnancy photo is the most recent image to show the public a glimpse of the couple’s relatively new American life.

The photo was taken remotely via Zoom.

Misan Harriman, well-known for being the first black man to shoot a British Vogue cover, was the photographer responsible for the photo.

He is a friend of Meghan and Harry’s, and took the photo from London. 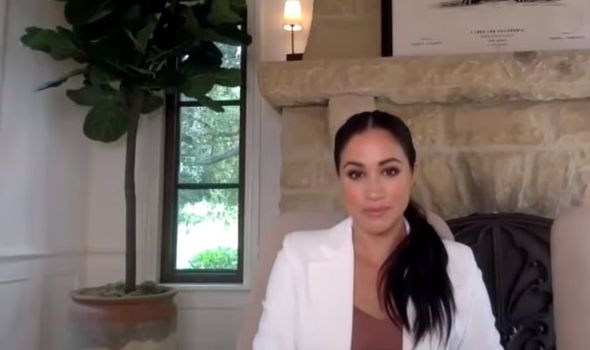 In the photo, fans of the famous couple can see Meghan and Harry’s back garden, which features one large tree and multiple smaller trees and bushes on either side of it.

Meghan and Harry gave the public a glimpse of their garden for the first time in September last year during a video for Time Magazine.

In the video, the couple are sitting on a wooden bench on a patch of neatly cut grass.

There are large trees and hedgerows on either side of the grass, as well as a lavender bush.

DON’T MISS:
Cleaning shopping: Should I be disinfecting my food shopping? [CLEANING]
Sophie, Countess of Wessex has ‘settled’ into her voice – ditching ‘signs of tension’ [ROYALS]
M&S has already launched Mother’s Day offers – including free delivery on flowers [SHOPPING]

Meghan and Harry have also previously shown viewers the inside of their home.

It is a luxury mansion that is worth a whopping £11.2million.

Meghan first unveiled a glimpse of the house’s living room on America’s Got Talent, where she made a virtual guest appearance in September last year.

In the video, the Duchess of Sussex sat on an off-white sofa covered with white and grey striped cushions. 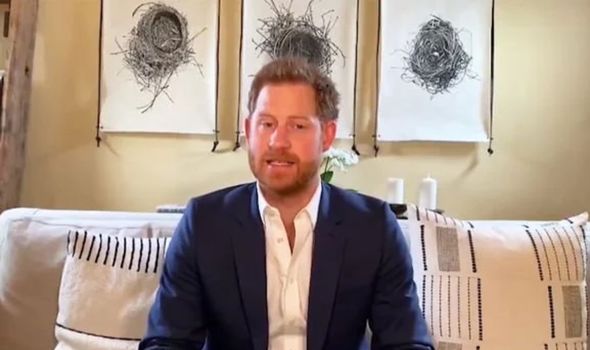 There were books and candles behind her, as well as a vase of flowers.

The stack of books included A Photographer’s Life by Annie Leibovitiz, the celebrity photographer who has previously captured portraits of the Queen.

Another book visible was Women: National Geographic Image Collection, which is a photography collection containing images of different women from around the world.

On the living room wall there are three paintings, seen more clearly in a recent video of Prince Harry, who made a solo virtual appearance from his home earlier this month to mark 150 years of England Rugby. 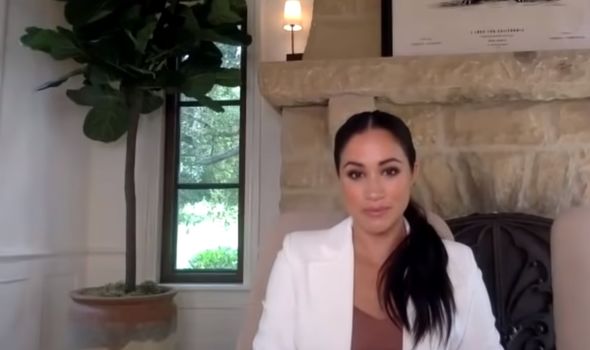 The paintings, which are black and white and seem to depict bird nests, were given to Meghan and Harry by Oprah Winfrey, who is a close friend of the couple.

Another room in the Duke and Duchess of Sussex’s house was unveiled in September 2020, but was shown again to viewers this month when the couple made an appearance in an online poetry class organised by Get Lit, an American poetry group for young people.

In the video call, Meghan and Harry are seen sitting in front of a cream-coloured brick fireplace with tall windows either side of it.

Hanging on the wall above the fireplace was a black and white painting depicting a grizzly bear hugging the state of California, accompanied by the heading: “I Love You California.”