The architect of Western Australia’s gas reservation policy has called for the scheme to be adopted nationally, with the worst energy crisis in decades reigniting calls for gas producers to be forced to reserve some supply for domestic use.

Former WA premier Alan Carpenter told The Sydney Morning Herald and The Age it was unfathomable that the scheme he implemented in 2006, which forces 15 per cent of gas produced in the state to be reserved for local users, had not been copied in other parts of the country.

“Every other energy producing jurisdiction in the world does it. No one just allows unfettered access to their energy resources without any regard to domestic needs,” he said. “It’s ridiculous that we don’t have a policy that requires domestic gas reservation. We are a major gas exporting nation.” 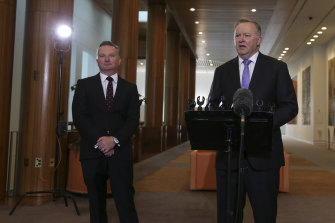 The Australian Energy Market Operator this week suspended trading across the entire east coast electricity power network as a cold snap in NSW and Victoria sparked heightened demand for heating. AEMO had earlier imposed price caps on power generators, which have been squeezed by outages at ageing power stations and surging prices for the coal and gas used to generate electricity due to the Ukraine conflict.

The power crisis has reignited the debate over gas reservation policies, which force producers to set aside some gas for domestic use. Reservation is fiercely opposed by major oil and gas producers which have sold long term supply contracts to major buyers in offshore markets.

Woodside, the nation’s largest oil and gas producer would not comment on reservation, but said the crisis “has highlighted the important role gas plays in firming of power grids”.

It said one potential solution to the crisis may be to supply gas via floating, LNG storage and regasification units, and has signed a deal with Viva Energy which is building such a facility in Geelong.

The chief executive of ASX-listed oil and gas producer Beach Energy, Morne Engelbrecht, warned earlier this month against any moves by lawmakers to impose retrospective gas reservation. “It will be detrimental to our sovereign risk,” he said.

Carpenter said imposing a reservation policy on the east coast would not be easy. He struck WA’s deals before final investment decisions had been made on the major energy projects, and customer supply contracts signed by the energy providers.

But he said a gas reservation policy can be built gradually, over years, targeting gas supplies that are not under contract. He identified gas sales on the spot market as a potential starting point.

The Grattan Institute’s Alison Reeve, also said any reservation policy would have to be built gradually as current supply contracts expire, and cautioned that it will have little immediate impact. 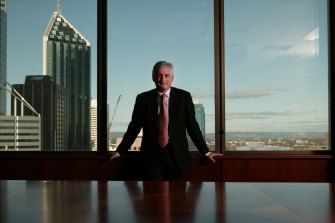 “The amount you would be reserving would be close to zero,” she said of the policy’s immediate impact.

Reeve also warned that Australia does not currently have the pipeline infrastructure to get the gas from Queensland to NSW and Victoria.

One solution to this transport problem presented itself this week. The Andrew Forrest-backed Squadron Energy said its LNG import terminal at Port Kembla (PKET) – which will have the capacity to supply 30 per cent of NSW and Victoria’s gas needs – is on track to be completed late next year.

The timetable means it won’t even be a solution for winter next year, but Carpenter warned that this is why the government needs to work on a reservation policy now.

“Who’s to say next winter won’t be worse? Who’s to say this isn’t as good as it’s going to get?” he said.

“The PKET is the best short-term solution to keep the lights on for families and to keep industry secure, and it could be switched over to green hydrogen or other renewable energy sources. It means we don’t need to invest in new gas projects that will emit carbon for decades.”