New York Times getting hit by critics and lawmakers for suggesting U.S. flag is now ‘alienating some,’ NPR decrying the Declaration of Independence as a document with ‘deeply ingrained hypocrisies,’ and an NBC News historian fawning over Biden round out today’s top media headlines

Cawley, who died on June 6 from gallbladder cancer that was diagnosed in early 2020, had a master’s touch in writing, editing and was a beloved figure in the Fox News newsroom who made a lasting impact on anyone fortunate enough to work with her. 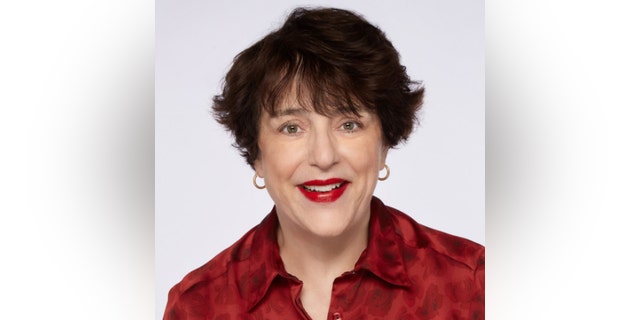 Janet Cawley joined Fox News as a senior editor in 2013 and quickly became a vital member of the staff, mentoring younger journalists, offering historical perspective and catching countless typos along the way.

“Jan Cawley made the newsroom an infinitely better place – both professionally, by sharing her wisdom and experiences with colleagues, many of whom looked to Jan as a mentor – and personally, by inviting reporters and editors into her life beyond just the bylines, often swapping dog pictures and chatting real estate offline. Jan will be missed deeply, but her dedication to journalism and storytelling will remain an inspiration,” said Porter Berry, Vice President and Editor-in-Chief of Fox News Digital.

“Cawley was a vibrant writer, whose pinpoint accuracy, unrelenting curiosity, collegial generosity and an infectious and unmistakable laugh were the hallmarks of her almost half century journalism career,” Warren and Patterson wrote.

Cawley began her career at UPI in 1971 and worked her way up from a reporter and desk editor to bureau chief. She eventually landed at the Chicago Tribune and spent 15 years covering the George H.W. Bush White House along with other major national and international stories.

She regularly shared stories that helped a younger generation of reporters realize how the industry has changed, such as fondly recalling the time she was invited by then-Vice President Bush himself to stay aboard Air Force Two when she needed a quick snooze during a long trip.

She also shared stories of hanging out with the president that she covered, something she doubted would happen in the present day.

“Like the time [George H.W. Bush] had about 12 or 15 of us – who had flown to Kennebunkport, Maine with him – over to his family home for impromptu drinks and a chat. As I remember it, he went to the local liquor store and bought the wine himself,” Cawley wrote in 2018. “As the president and first lady Barbara Bush led us around inside, I confess I spent a good portion of my time trying to memorize the numbers on all the phones.”

Cawley’s sense of humor seeped through her work and she was particularly fond of a 1986 story about the Royal Canadian Mounted Police searching for a human toe that was used in a novelty beverage.

“Call it the Case of the Missing Toe or maybe just the Disappearing Digit. Whatever the moniker, there`s trouble afoot: The severed human toe that was the main ingredient of Capt. Dick Stevenson`s infamous Sour Toe Cocktail has vanished,” Cawley wrote on the bizarre beverage that she eventually tried herself. 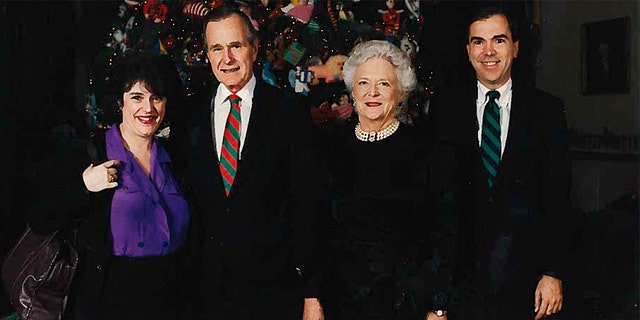 She joined Fox News as a senior editor in 2013 and quickly became a vital member of the staff, mentoring younger journalists, offering historical perspective and catching countless typos along the way. Reporters and writers would often turn to Cawley for advice on everything from tricks of the media industry trade to whether or not to try the soup de jour at her go-to takeout lunch spot.

“Well, that’s news you can use,” she would say anytime someone mentioned a good restaurant near the office that she wasn’t already aware of.

Cawley often told younger colleagues riveting tales of her time covering the White House, served as an unofficial in-house historian and provided unmatched insight. Her English bulldog, Lulabelle, was essentially a household name among Cawley’s peers as she spoke adoringly about her beloved pet.

While Lulabelle was Cawley’s most recent English bulldog, she shared her home with many of them over the years. Her annual Christmas cards always featured a photo of her with her current bulldog.

Cawley retired in 2019 but stayed in touch with several Fox News colleagues, regularly asking for photos of babies and pets while her renowned Christmas cards have been on display on this reporter’s newsroom desk since well before her retirement (they’re festive and first went up with Christmas decorations but were never removed). 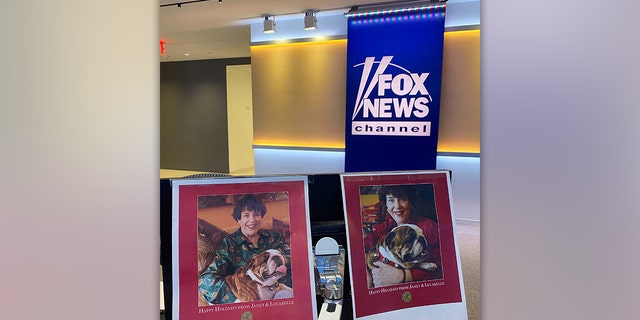 Janet Cawley’s renowned Christmas cards have been on display on this reporter’s newsroom desk since well before her retirement.
(Brian Flood)

Cawley emailed former colleagues shortly after she retired to inform them she had been diagnosed with gallbladder cancer and needed surgery.

“This is NOT how I planned to spend my retirement,” she wrote, noting that “Nurse Lulabelle, in a starched white hat, will be in charge” going forward.

“Love and slobbers,” she signed an email updating former colleagues on her and Lulabelle’s status a few months later. “This too shall pass,” she would often say when asking for good karma on her behalf while battling the illness. 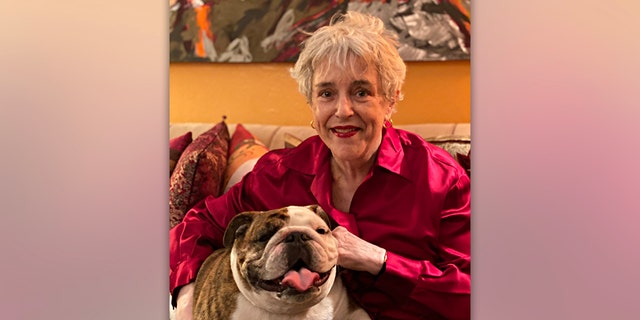 Cawley’s only sibling, Philip Cawley, died earlier this year and she requested that no funeral services would be held in her honor, as she had no surviving relatives.

Cawley’s death stunned her former Fox News colleagues over the Fourth of July weekend when they learned of the news from her longtime friend.

“The first item in her will was a request to find a loving home for Lulabelle. Her friends Jim and John found a bulldog-loving couple with three kids to give Lulabelle a merry home worthy of her exuberant owner,” Warren and Patterson wrote.

Cawley was a talented, intuitive, colorful and generous journalist and editor who improved any copy she came across. More importantly, her infectious smile and sense of humor just made the day better.