Sen. Jon Ossoff is planning to introduce legislation that would prohibit members of Congress from holding or trading individual stocks while in elective office, a source familiar with the matter told FOX Business.

The ethics bill, which the freshman Georgia Democrat hopes to file as soon as he secures a Republican cosponsor, would also target conflicts of interest by making it illegal for lawmakers' spouses and family members to trade stocks while in office, the source said. The New York Post first reported the news.

It may also require lawmakers to put their financial assets in a blind trust – something that Ossoff did himself a few months after he was elected in January 2021. Ossoff's blind trust contributed to a net worth somewhere between $2 million and $7.3 million as of late 2020.

The proposed bill could serve as a major rebuff of House Speaker Nancy Pelosi, D-Calif., who just a few weeks ago vehemently defended the practice, even though it has drawn scrutiny because it could give lawmakers the chance to profit off inside information gleaned through their official duties. 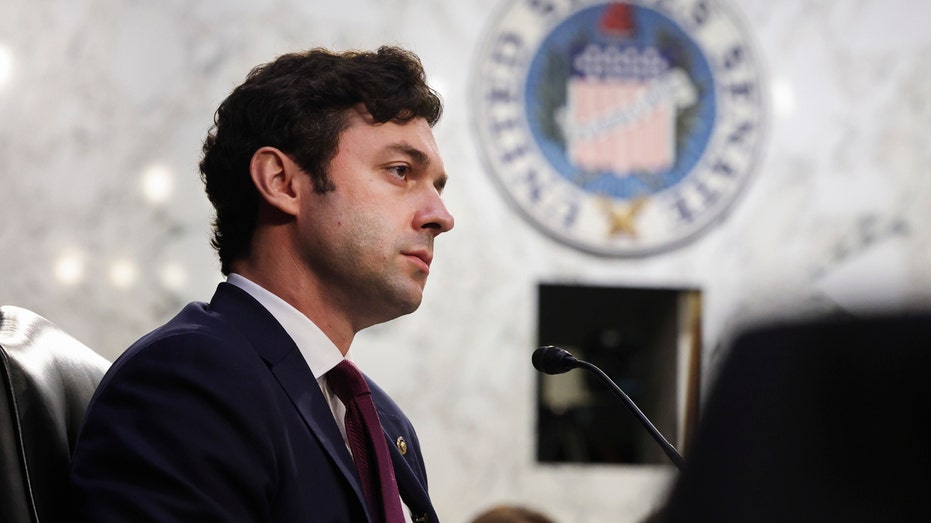 "We are a free market economy. They should be able to participate in that," Pelosi told reporters on Dec. 15. Pelosi does not own any stock herself, but her husband holds tens of millions of dollars worth of stocks and options in companies like Apple, Disney, Amazon and Google.

The California Democrat has previously said she has no prior knowledge or involvement in her husband's trading decisions.

Lawmakers' spouses are allowed to trade in companies or industries that their partner may help regulate. But under the STOCK Act, passed in 2012, it's illegal for members of Congress and their families to profit from inside information and requires lawmakers to report stock trades to Congress within 45 days.

In some recent cases, lawmakers have failed to report their trades altogether.

"We have a responsibility to report," Pelosi said. "If people aren’t reporting they should be."

Other Democrats, such as progressive Rep. Alexandria Ocasio-Cortez, D-N.Y., and Sen. Elizabeth Warren, D-Mass., have voiced support for banning trading among members of Congress.

It's unclear, however, whether Ossoff will be able to find a Republican to back the bill. No Senate Republicans have publicly voiced opposition against trading among members, so far, although House Republicans, including Reps. Chip Roy and Michael Cloud of Texas, have endorsed the idea.

The person familiar with the matter said Ossoff is hoping to find Republican support in the Senate.