CHICAGO (AP) — A federal judge on Tuesday put an early end to the two-year period of supervised release of former Illinois Gov. Rod Blagojevich, whose 14-year prison sentence for corruption was commuted by President Donald Trump.

U.S. District Judge Sara Ellis issued an order saying, “early termination of supervision is granted as to Rod Blagojevich.” Ellis noted the order was agreed to by prosecutors. 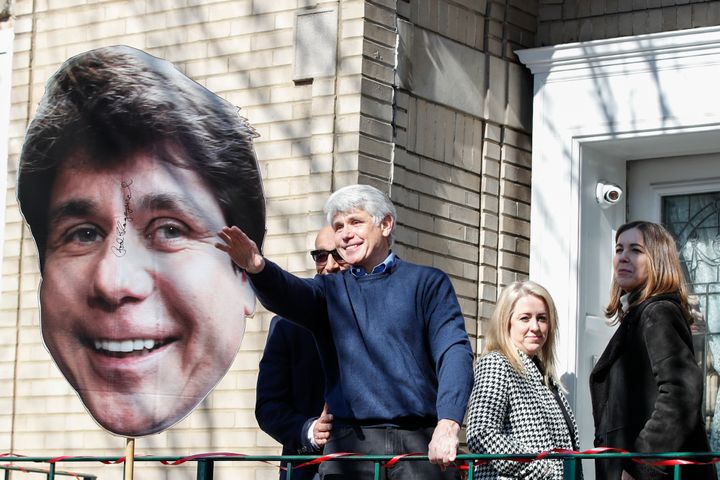 FBI agents arrested then-Gov. Blagojevich in 2008 after wiretaps recorded him gushing about using his power to appoint someone to Barack Obama’s old Senate seat to land a well-paid job or campaign cash and trying to shake down a children’s hospital. He was convicted in 2011 on corruption charges.

“I didn’t do the things they said I did and they lied on me,” Blagojevich, a one-time contestant on Trump’s reality TV show “Celebrity Apprentice,” said as he walked through O’Hare International Airport after being freed following a yearslong lobbying effort by his wife, Patti.

Since his release from the federal prison camp in Littleton, Colorado, Blagojevich has earned money by making videos on Cameo, a website where users pay for personalized video messages from celebrities. He has also hosted a weekly podcast called “The Lightning Rod” for WLS-AM radio.