US private equity giant KKR is seeking a valuation of more than $4 billion in a potential sale of accounting software business MYOB as the buyout firm continues talks with Australia & New Zealand Banking Group, according to people familiar with the matter.

Discussions between ANZ and KKR are at an advanced stage, said the people, who asked not to be identified as the matter remained confidential. The Melbourne-based lender has been in talks for loans to finance the potential transaction, one of the people said. 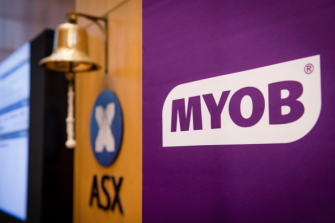 There is still no guarantee a deal could be signed as talks could still fall apart, the people said. Representatives for ANZ and KKR declined to comment.

An acquisition could give the smallest of the big four lenders a deeper relationship with hundreds of thousands of small businesses across the country where MYOB has been a ubiquitous bookkeeping tool. Customer growth has become a fresh focus for Australia’s major banks and their shareholders.

ANZ has been building up on its balance sheet, partly because the bank is keen to capture new opportunities, its Chief Executive Officer Shayne Elliott said in an interview with Bloomberg Television in May.

It serves more than 1 million customers and over 10,000 accounting professionals in Asia Pacific. In 2019, KKR took MYOB private in a deal that valued the firm at about $2 billion.