AN ANCIENT decapitated skeleton buried in an kneeling position has been discovered in central China.

Archaeologists think it could be evidence of a particular sacrificial practice that is mentioned in Chinese scriptures. 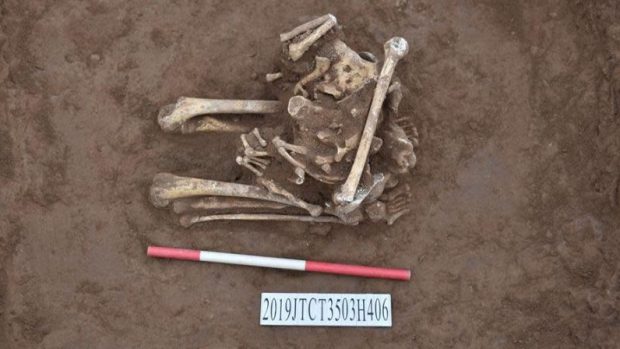 The skeleton was found in the Chaizhuang archaeological site in Jiyuan, near China’s Henan province.

This is according to Chinese news agency Xinhua. 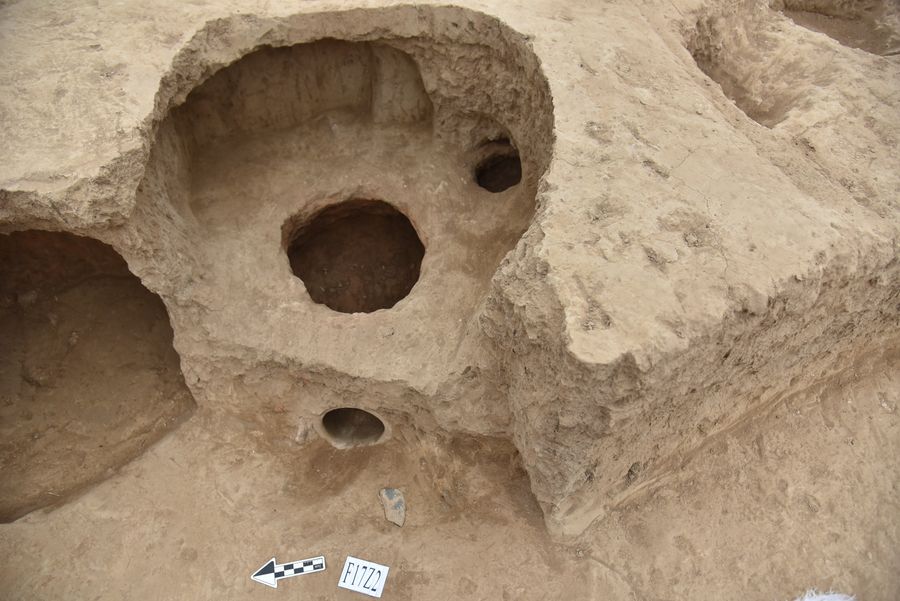 Pottery, jewellery, seafood and even evidence of ancient fireworks has reportedly been found there.

Excavations have been occurring at the Chaizhuang site since 2019.

The recent sacrificial burial discovery was made by archaeologists from the Henan Provincial Institute of Cultural Relics and Archaeology and the Jiyuan Municipal Cultural Relics Team.

The pit containing the decapitated victim is thought to be evidence of important social and spiritual customs during the Shang Dynasty.

The skeletons body was facing north with its arms folded in front and its hand clasped together.

It's in keeping with descriptions in ancient Chinese scriptures of sacrificed people being buried in an upright position.

An "oracle bone" found at a different Chinese site has ancient Chinese writing etched onto it that describes these practices.

A fragment of an oracle bone was also found at the Chaizhuang site and it contained a symbol thought to represent the practice of sacrificing people or livestock in pits.

The ancient script referring to a sacrifice is known as "Kan".

Liang Fawei, leader of the Chaizhuang site excavation project, told Xinhua that they found a "well-preserved human bone [that's] shaped like the oracle bone inscription of the character ‘Kan'."

However, despite scripture referring to upright burials, most sacrificed skeletons from this period have been found lying down.

This is why the new discovery is so important for piecing together ancient Chinese ritual practices.

The world's most gruesome ancient burials

Here's some of the most haunting archaeological discoveries ever made…

In other news, a rare photo shows Stonehenge was built ‘like Lego’ using carved studs and holes.

And, a mysterious ring of mammoth bones built by our ancient ancestors has left scientists puzzled.

What do you make of this ritual skeleton discovery? Let us know in the comments…