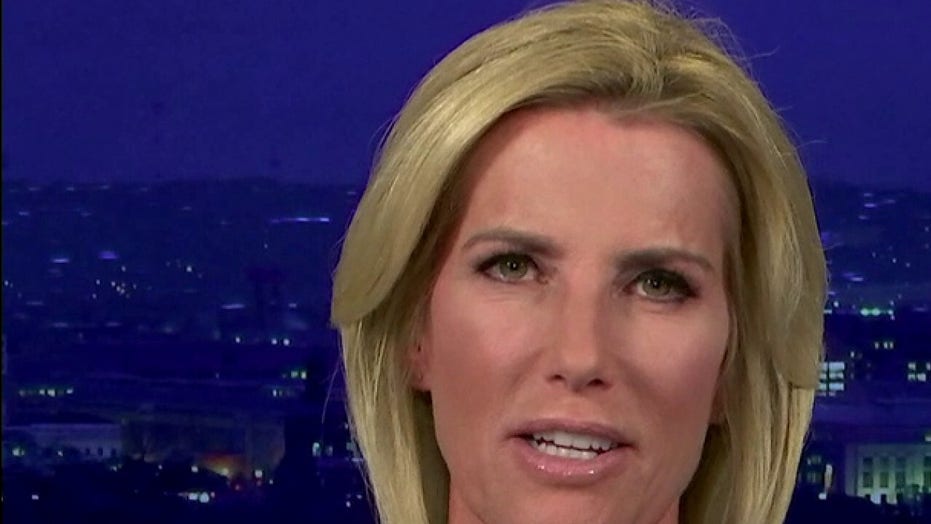 Ingraham: Trump fought for America, now it will fight for him

‘The Ingraham Angle’ host shares her thoughts on the president’s COVID-19 diagnosis, hospitalization

America is praying for President Trump's speedy recovery from COVID-19, an emotional Laura Ingraham said Friday, hours after the 74-year-old Trump was taken to Walter Reed Medical Center via helicopter from the White House.

"The Ingraham Angle" host reflected on the president's unlikely political rise and the accomplishments of his tenure in office.

"He’s already achieved an enormous amount for us and he says he’s just getting started," she said. "Trump’s America First agenda did change policy. It’s a real threat to the globalists that have amassed enormous power and fortunes on the backs of the American worker."

"The president is undeterred," Ingraham went on. "You think about how much he’s endured in the five years since he came down that golden escalator announcing his presidential run. He’s come under investigation, he’s been unlawfully surveilled, they tried to — they impeached him, [and] tried to convict him. He’s been accused of everything from racism to xenophobia."

Ingraham added that she knows none of those claims are true based on her friendship of 20 years with Trump. That's why, she said, it was even more painful for her to watch the president board Marine One for the trip to the hospital.

"I know President Trump is not Catholic," the host concluded, "but in our faith today [Oct. 2] is the Feast of the Guardian Angels. Everybody is praying for his speedy recovery and those angels are watching over him tonight.

"So while you’re recovering, Mr. President, don’t worry. We’ll take up the slack. Because you fought for us. Do not fear for a moment. Because now we’re going to fight for you."

Every non-voter has a story. 2 of the 100 million tell us why they're skipping the polls.