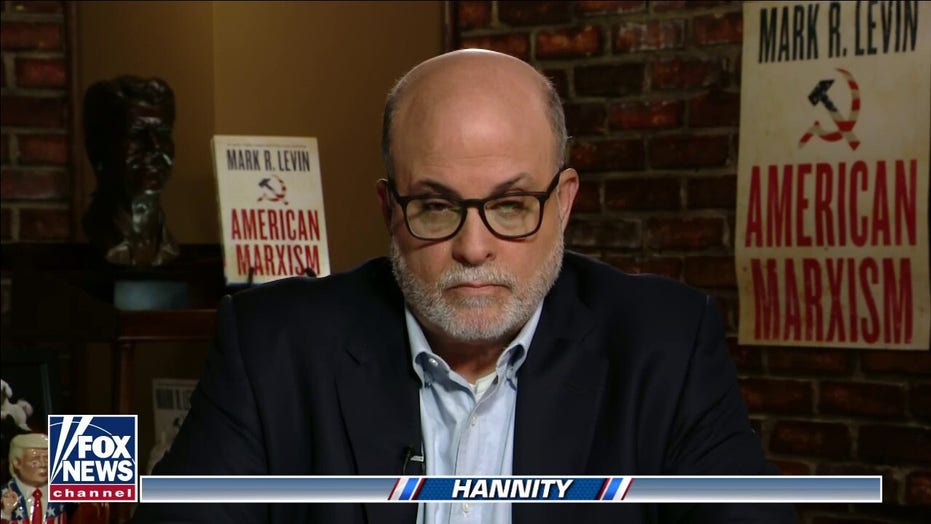 ‘Life, Liberty & Levin’ host reacts to the crisis in Kabul on ‘Hannity’

Fox News host Mark Levin called out the Pentagon’s top leadership as inept brass who will go down in history as “disasters,” and asked aloud whether House Speaker Nancy Pelosi, D-Calif., will act on her praise of President Biden’s handling of the Afghanistan collapse and offer to trade places with Afghan women who fear subjugation by the Taliban.

In a statement this week, Pelosi, called for Biden to be “commended for the clarity of purpose of his statement on Afghanistan and the actions he has taken.” The San Francisco lawmaker went on to warn the Taliban that “the world is watching their actions” and demanded that “any political settlement that the Afghans pursue … must include having women at the table.”

“If Nancy Pelosi thinks Joe Biden has done such a great job, I have a suggestion – why doesn’t she trade places with any woman in Afghanistan – and maybe then see if she thinks Biden did such a great job,” Levin said, as Afghan women have been almost instantaneously forced into oppressive conditions by the radical Islamist group that now controls the country.

Levin asked “Hannity” where U.S. women’s rights groups, prevalent in activism during the Trump years, have gone and why they are silent in the face of certain misogynist subjugation in Afghanistan.

“All the people who went after [Justice Brett] Kavanaugh – where are they today? Have you heard anything from Chuck Schumer? I haven’t heard a damn thing from him. The vast majority of the Democrats are either praising Biden or not saying a damn thing. It’s really quite outrageous,” Levin said. 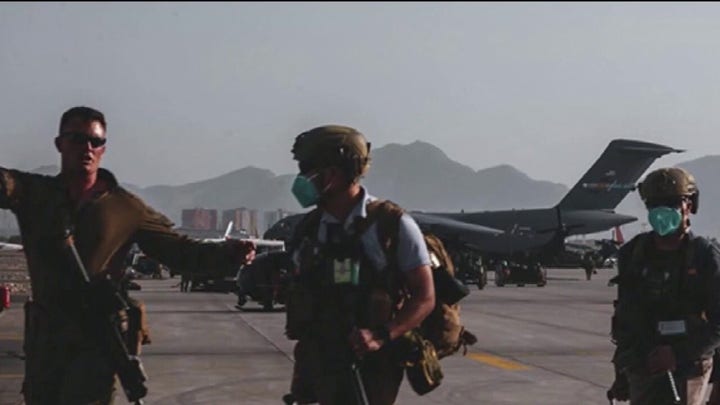 Levin commented that Biden spent most of the last several days on vacation at Camp David near Sabillasville, Md., – physically detached from the White House, while his deputy, Vice President Kamala Harris has similarly been out of public view.

“Who’s running the government?” he asked, noting that Biden has refused to take a single press question since he returned to Washington.

“Why doesn’t he treat the Taliban the way he is treating Republicans?” he asked, going on to further question the competency of the Pentagon, past and present.

“As far as General Austin and General Milley are concerned, their departments are leaking to the New York Times – ‘they told Biden and Austin told Biden and Milley told Biden’ – well if you think what is going on is so horrible, and you’ve got a role in it, for all history: for all military history,” Levin said of Gen. Lloyd Austin – Biden’s defense secretary – and Gen. Mark Milley, the joint chiefs of staff chairman and highest-ranking uniformed military officer.

“What happened to those 489 generals, admirals, and national security advisors in both parties who said ‘vote for Biden against Trump’? They’ll go down in history, too,” he said, as nearly 500 military brass past and present urged voters to consider the Wilmington Democrat over the Palm Beach Republican.

He further warned Americans that Biden has put the United States in an even more dangerous position than it appears on the surface, with scant if any leverage against the ruthless Taliban regime in Kabul.

“Now they are negotiating with the Taliban, what exactly are we negotiating? What are we prepared to give them? There are really only two ways out of this:  We crush these bastards like the cockroaches they are for a few days and use our military might to expand that area around the airport and tell them, you lay one finger on one hair on an American citizen and will track you down for the rest of the time.”

“Nobody believes Joe Biden has the stomach for that. So what is the other way? To pay them off.”

Levin said the Iranian regime under new hardline President Ebrahim Raisi has likely advised the Taliban that “Joe Biden is a pushover” and that they won’t have to worry about American might as seen under a president like Trump or the Roosevelts.

Addressing American leftists and liberals, Levin disputed that Trump caused the chaos that has occurred under his successor:

“And for you folks who say it’s a 20-year war, Donald Trump left Afghanistan pretty much neutralized, with 2,500 non-combatant personnel, our air force at that airbase that the Soviets kindly built for us, intelligence services, and about 6,000 NATO forces for an entire country that was it. And they were pretty much neutralized,” he said.

“We haven’t been hit [by terrorists] and they weren’t hit. And there hasn’t been a single soldier killed in 18-months. Now that is said to come so the so-called 20-year war, it’s now a 40-year war. That enemy is stronger than ever … and you’ve got Al Qaeda on the rise and all these freak show terrorists, they are all going to be collecting in Afghanistan.”

Levin warned that the Taliban may try to “knock off” Pakistan’s government because it is easier to obtain its nuclear weapons by force than develop them themselves.

He concluded his remarks by offering condolences to the people of Ukraine and Taiwan who see Biden acting “weak” on the world stage, as the two nations continue to pray not to be annexed by American rivals Russia and China respectively.