Superannuation admin provider Link has cited a record month for its PEXA property settlements platform for a slight uptick in profit forecasts, as investors await a decision from a private equity suitor on whether to revive a bid for the firm.

Link reported it expects to make $597 million in revenue for the half on Thursday, up from $594 million predicted in the last trading update in December, ahead of reporting results on Feburary 25.

Late last year, Link received two takeover bids – the first from a consortium of private equity firms led by Pacific Equity Partners (PEP) and US-based Carlyle in October and the next from a little known Nasdaq-listed firm SS&C Holding.

The indicative offers were expected to start a bidding war but SS&C Holding pulled out of the race in the first week of January, causing Link’s share price to tumble by more than 14 per cent. 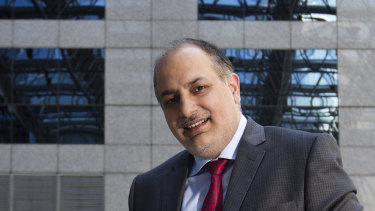 Morningstar analyst Gareth James, who has a 'buy' rating on PEXA shares, said the profit upgrade announcement was barely material and "a little bit concerning".

"For me, it smacks of desperation a little bit," Mr James said. "It's not necessarily great news to do better than very low expectations."

Link underperformed last year as it was hit with regulatory headwinds and surprise legislation that eroded its earnings, including the federal government's early release of super scheme that forced it to process roughly half of the $35.9 billion in withdrawals.

Officially, the PEP offer is still on the table. Link knocked back the proposal, describing it as materially under-valuing the company, but still gave the consortium access to its books and records in the hope of a higher bid coming through.

"These aren’t game-changing announcements by any means," Mr James said. "I think they are keen to have a good news story."

"I don't think anything has materially changed from the company’s operating business perspective," Mr James said, adding the bigger questions around Link's operations were related to the future of PEXA could be sold or spun off on the ASX.

Mr James said these comments were intentionally vague. "There are a lot of games going on at the moment."