John Kennedy: Manchin understands that if we get rid of the filibuster it will ‘blow up the Senate’

Sen. Joe Manchin avoided directly answering whether he is for lowering the Senate’s filibuster threshold to 55 on Thursday, after he seemed open to the possibility in comments that leaked from a private call with an interest group earlier in the week.

The Intercept published the comments from Manchin, D-W.Va., which he made on a call with “No Labels,” a group that supports moderate politicians from each party. He appeared to be open to the possibility of lowering the filibuster to 55 or forcing senators to speak on the floor while blocking a bill.

“Everything’s good,” Manchin said in response to a Thursday question from Fox News seeking to clarify his position on lowering the filibuster to 55. 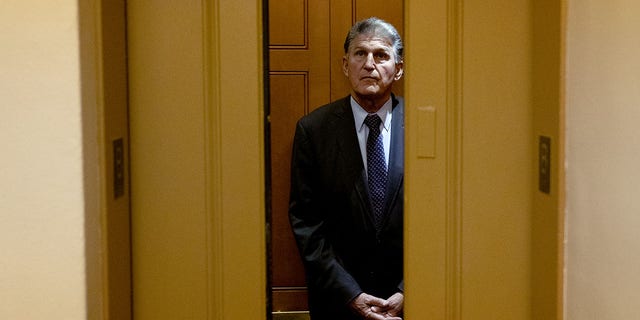 Senator Joe Manchin, a Democrat from West Virginia, stands in an elevator in the Senate Subway of the U.S. Capitol in Washington, D.C., U.S., on Thursday, May 27, 2021. Manchin said he has "planted my flag" at keeping the Senate filibuster at 60 votes but appeared open to potential changes to weaken the minority protection during a leaked call with an activist group and its fundraisers. Photographer: Stefani Reynolds/Bloomberg via Getty Images

Manchin told Politico Wednesday, “I haven’t endorsed any,” proposed changes to the filibuster. He added that the filibuster helps the United States be “a reliable and stable power.”

But those comments differed significantly from what he told “No Labels” earlier in the week.

“[T]hat’s one of many good, good suggestions I’ve had,” Manchin told the “No Labels” call of lowering the threshold to 55, according to The Intercept. “I looked back … when it went from 67 votes to 60 votes, and also what was happening, what made them think that it needed to change. So I’m open to looking at it, I’m just not open to getting rid of the filibuster, that’s all.”

Manchin also appeared to say on the call that he was open to forcing a “talking filibuster,” which he suggested earlier in the year but then appeared to retract.

“Right now, 60 is where I planted my flag, but as long as they know that I’m going to protect this filibuster, we’re looking at good solutions,” Manchin said, according to The Intercept. “I think, basically, it should be [that] 41 people have to force the issue versus the 60 that we need in the affirmative. So find 41 in the negative. … I think one little change that could be made right now is basically anyone who wants to filibuster ought to be required to go to the floor and basically state your objection and why you’re filibustering and also state what you think needs to change that’d fix it, so you would support it. To me, that’s pretty constructive.”

Manchin and Sen. Kyrsten Sinema, D-Ariz., are the most vocal Democratic senators in defending the filibuster – Sinema fervently defended the filibuster in a press appearance earlier in the month. But others who are not necessarily guaranteed votes for Democrats to abolish the filibuster are Sens. Mark Kelly, D-Ariz., and Maggie Hassan, D-N.H., and potentially others.

Republicans have attacked Democrats over their threats to get rid of the filibuster, often citing the fact that Minority Leader Mitch McConnell, R-Ky., and other Republicans did not get rid of the minority protection while they were in the majority, despite demands from former President Donald Trump that they do so.

They also often point to the 2017 letter signed by more than half of Senate Democrats in 2017 supporting the filibuster – a position from which many of them are distancing themselves.

McConnell threatened earlier in 2021 to turn the Senate into a “100-car pileup” if Democrats eliminate the filibuster.

“So let me say this very clearly for all 99 of my colleagues. Nobody serving in this chamber can even begin to imagine what a completely scorched-earth Senate would look like,” McConnell said in a recent floor speech. “None of us have served one minute in a Senate that was completely drained of comity and consent. This is an institution that requires unanimous consent to turn the lights on before noon, to proceed with a garden-variety floor speech.”

But many Democrats, however, allege that the filibuster is a racist obstruction to progress and needs to be eliminated.

“The same filibuster that blocked civil rights legislation a generation ago will be used to block the Equality Act, the For the People Act, and the John Lewis Voting Rights Advancement Act,” Rep. Mondaire Jones, D-N.Y., tweeted earlier in 2021. “But it doesn’t have to be this way.”