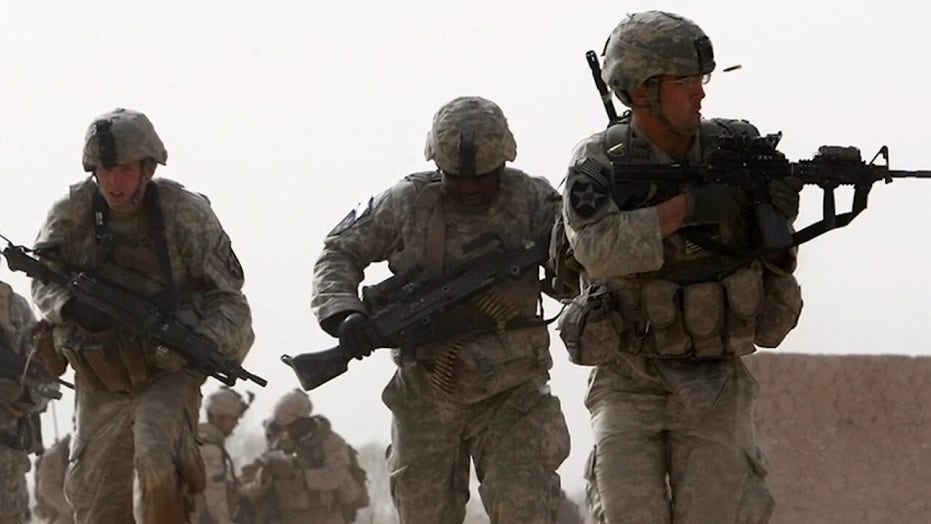 Senate Majority Leader Mitch McConnell remained on the Senate floor into the wee small hours of the morning Tuesday– long after the Senate passed the $900 billion pandemic relief package—and urged President Trump not to make good on his threat to veto the defense spending bill, but prepared the Senate's response.

TRUMP MEETS WITH HOUSE REPS TO TALK ABOUT ELECTION CHALLENGE

Earlier this month, the GOP-controlled Senate approved the $740 billion national defense bill despite Trump’s veto threat. Trump wants any National Defense Authorization Act (NDAA) to include the repeal of Section 230 of the 1996 Communications Decency Act.

The law provides legal protection for Big Tech companies. Trump has called the law a "serious threat to our "National Security & Election Integrity."

Trump’s position on the veto threatens to divide Republicans in the Senate. The final vote in the Senate was 84-13, well beyond the two-thirds requirement to override a potential veto if Trump carried through on his threat to sink the legislation.

McConnell set up a veto override effort on Dec. 29 in the event that Trump makes good on his threat, Fox News’ Chad Pergram tweeted early Tuesday.

Paul said he is concerned that the measure on troop deployment "creates 535 commanders-in-chief in Congress" and hampers the president’s ability to deploy troops as he sees fit.

"I very much am opposed to the Afghan war, and I’ve told them I’ll come back to try to prevent them from easily overriding the president’s veto," Paul told reporters on Monday, according to the  Hill.

Democrats support the measure because they oppose Trump, Paul said earlier, but the amendment would also apply to future presidents, including President-elect Joe Biden.

South Dakota Sen. John Thune, the No. 2 Senate Republican, said that there is no clear path forward in the event of a Trump veto. Paul is objecting to "establishing "pro forma sessions," which makes the potential override more difficult.

Craig Caplan, a producer for CSPAN, tweeted that McConnell talked about the override and Paul was "seated on the Senate Floor but did not object to the unanimous consent on NDAA."

"The Democrat Leader [Sen. Charles Schumer] and I have agreed to unanimous request as follows: the Senate will meet for pro forma sessions only until Dec. 29 when we will return to session," McConnell said, according to Caplan.

He continued, "In the event the President has vetoed the bill and the House has voted to override the veto (Dec. 28), the Senate would have the opportunity to process the veto override at the time."

Zico was sold to Coca-Cola in 2013 at the height of the coconut water craze, but now its founder is buying it back