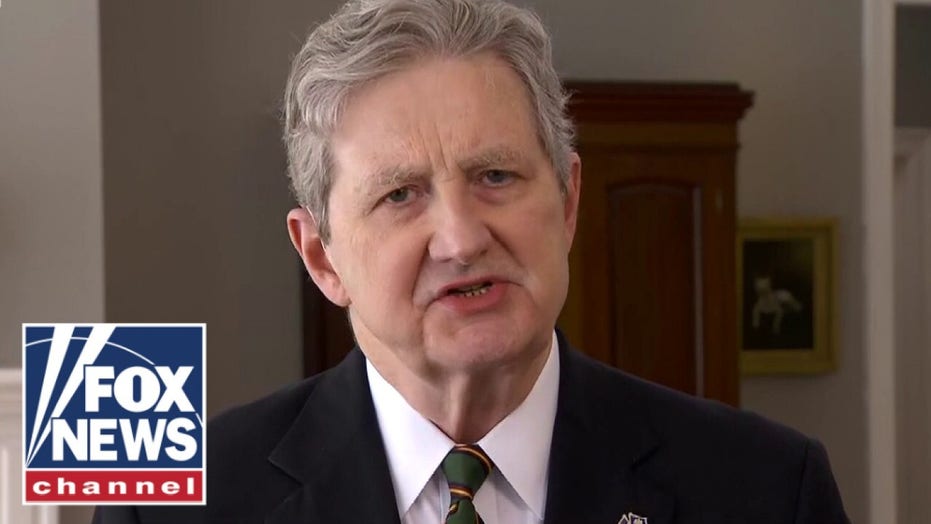 Louisiana Senator John Kennedy on the MLB politicizing baseball over the Georgia law.

That included a Democratic and liberal media narrative that the bill is the new Jim Crow, state and local laws that enforced racial segregation in the U.S. until the 1960s. It’s “the Jim Crow voter suppression law,” MSNBC’s Joy Reid called it.

“First of all, let’s get this out of the way, the bill has nothing to do with Jim Crow,” the MRC says in its narration. “Anyone making that claim is trying to sell you a political narrative.” Blue states like Delaware, Washington, and Connecticut, the video notes, all have stricter voter requirements.

The MRC identifies the top three mischaracterizations the media has been peddling about the law: 1) that it limits the use of ballot drop boxes, 2) that it adds new requirements for mail-in voting, and 3) that it limits anyone but poll workers from offering food and water to voters waiting in line.

The drop box argument is “objectively not true,” the MRC says, for there “was no law in Georgia requiring drop boxes” ahead of SB 202.

“So the law doesn’t limit them, it establishes them,” the MRC narrator said.

Secondly, Georgia already required ID for in-person voting. All this law does is eliminate signature matching for absentee ballots and now mandates ID numbers for those ballots.

The MRC also noted on the widely complained about line about food and water that voters are free to bring their own things to eat and drink with them, can leave line and return to their place to eat or drink, and food trucks are permissible to set up 150 feet away from lines.

“As you can see,” he wrote, “these reforms have nothing to do with ‘voter suppression’ or ‘Jim Crow.’ The Election Integrity Act makes it easy to vote by expanding access to the polls and harder to cheat by ensuring the security of the ballot box.”