“Don’t ignore something because it makes you uncomfortable.”

If you’ve been on Instagram in the wake of George Floyd’s death, then you might have seen this graphic on your feed. Visually, it’s simple—white background, red bold letters, eight words—but the message speaks volumes: Stop ignoring violent acts of racism. Better yet, do something to stop them.

The image was created by 22-year-old Dom Roberts and has since been shared across social media since it was posted on Wednesday. Even Reese Witherspoon and Sophia Bush have shared it on their Instagram accounts.

“I was honestly shocked,” Roberts tells BAZAAR.com over the phone. “I didn’t have a ton of followers or any type of platform before any of this and so, when I just saw that it just kept getting bigger and bigger and bigger, I was honestly blown away and I was just so thankful that people are resonating with the message that I was trying to get across.”

hi! i lied and said i wasn’t going to post, but really quick! Here is a phone template for you guys who get phone anxiety. keep sharing. keep loving each other. thanks for all the love, i’m going to rest and reflect, because my brain is MUSH. #justiceforgeorgefloyd

Roberts, a junior at an extension school of California’s Southeastern University, previously made similar graphics following the killing of Ahmaud Arbery, a Black man who was fatally shot by a white man while jogging earlier this year. In May, Roberts created a text-based graphic demanding justice for Arbery’s death and promoting an honorary 2.3-mile run/walk/jog on his birthday.

“I just knew that if something like this were to happen again, I just want to provide people with actionable steps and honestly just resources [of] things that they can do that’s gonna help and change and make things better,” she explains. “So when I woke up and I saw this [news of Floyd’s death], I was just so upset. Honestly, I was overwhelmed with grief. I was just honestly crying while making the graphic. I was really sad that I had to make another graphic about an unfortunate like killing and murder of someone. I was so upset that I actually posted it with a spelling error that people just have not let down.”

Along with her “Don’t ignore” message, Roberts also posted graphics saying, “His name was George Floyd. He couldn’t breathe,” and shared the phone numbers for Minneapolis’s mayor, Jacob Frey, and District Attorney, Mike Freeman, so people could contact them to demand justice. She went on to create shareable scripts of what to say on the call, a list of movies and TV shows that educate on systemic racism, and videos detailing how allies can use their privilege to help people of color. Her captions usually include a reminder to donate to George Floyd’s official memorial fund, which is linked in her bio. 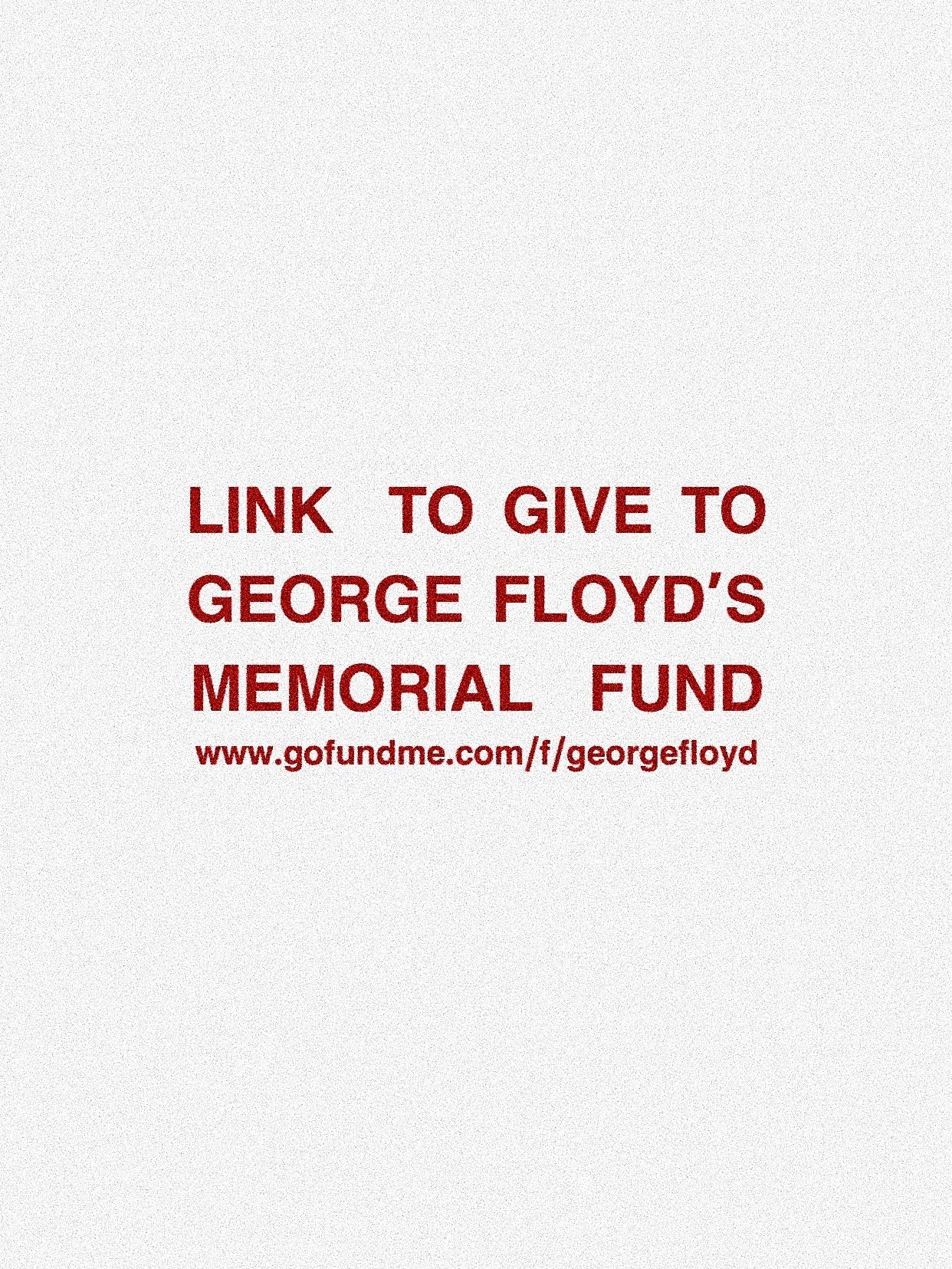 Roberts knows from personal experience how helpful text-based graphics can be in informing the public. The Gen Z-er referred to similarly formatted posts while researching to vote in the past election. “I just feel like when people share and post graphics like this, it just puts it in plain view. This is the message, this is what happened, and this is how you can help. And I just want to make it as easy and as plain and not complicated as possible.”

Roberts isn’t majoring in art—she’s studying theology and business—but she became familiar with graphic design through a social media internship with Zoe Church, which she acquired through school. She created her recent Instagram graphics on her phone (she’s still familiarizing herself with using Photoshop). And as for the design, she was inspired by the red-and-white bold text in the We’re Not Really Strangers card game, created by L.A.-based artist Koreen.

When it came to the phrasing, the words came naturally. Roberts first considered leading with the “His name was George Floyd” text, but changed her mind. “I put something in front of that because I knew people were going to look away,” she says.

“I knew that it was uncomfortable,” Roberts continues, recalling the video of Floyd suffocating on the concrete as a police officer kneeled on his neck. “There’s a video circulating, it’s a traumatic video. It was horrifying what happened. And so many people are going to want to ignore it. And I just was like, ‘Don’t look away, but pay attention and lean in because it’s uncomfortable.’ We can’t ignore something just because it makes us uncomfortable.”

Roberts, who grew up in a predominantly white, conservative neighborhood in Arizona, used to be hesitant to speak out against racism in fear of how people would react. “For me, it was really hard when things like Ferguson and Tamir Rice and Eric Garner were happening a couple of years ago,” she recalls. “I didn’t really use my voice because I felt like the people around me would not receive it well.” But now, she’s more confident. “This time around, I really just wanted to let go of all that fear of the backlash.” 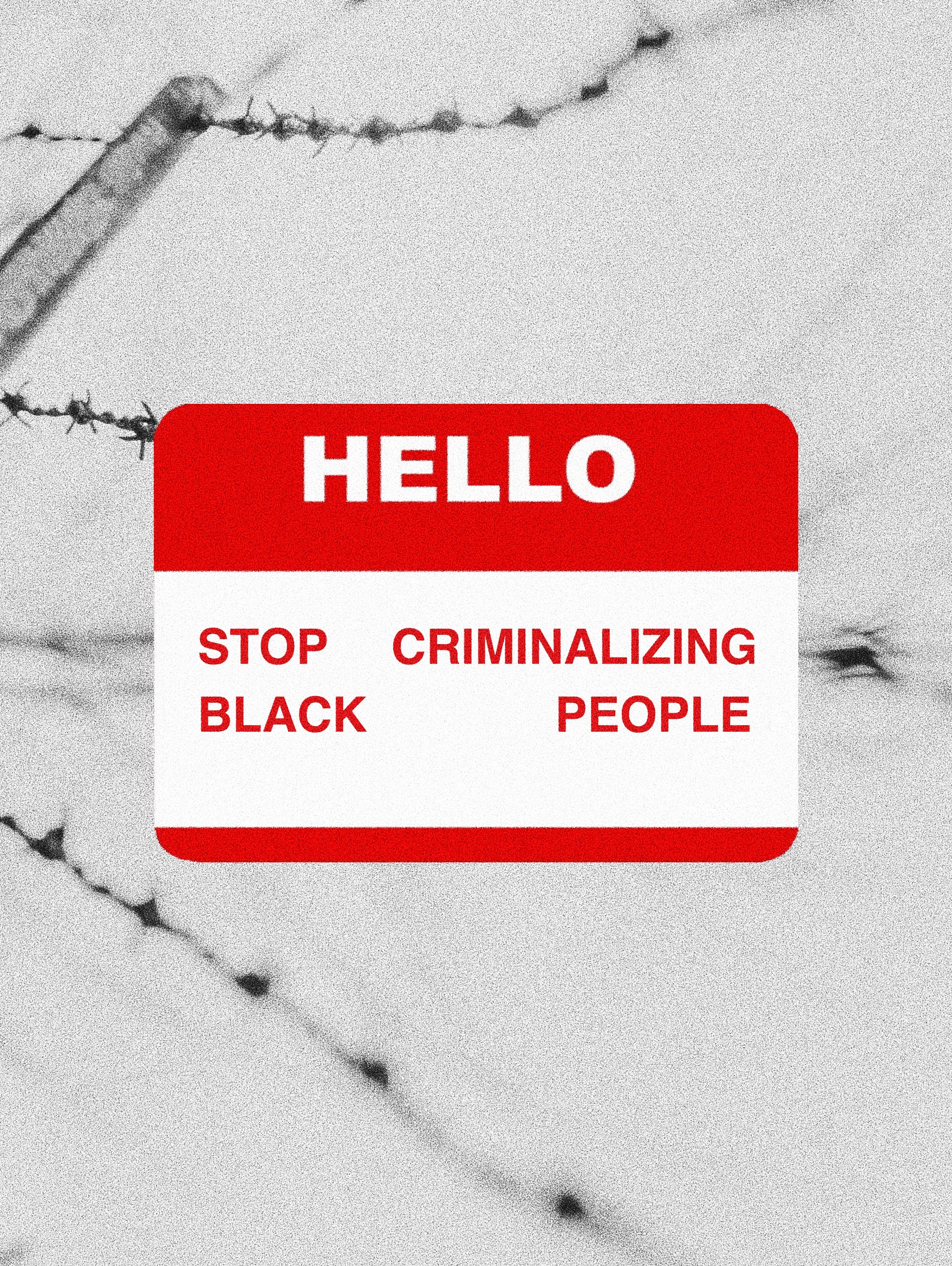 Posting, sharing, and double-tapping is just the first step, though. She hopes that white and non-Black allies are inspired to make change on a larger scale—such as calling out covert racism, calling representatives, signing petitions, writing emails—but also check in with people in their inner circles. “It’s like checking up on your friends that are Black and making sure they’re okay and if even if they’re comfortable with it, asking questions like, ‘What’s your experience been like and how can I support you?'”

She also commends people who have been able to contribute to funds helping victims of police brutality and their families or organizations combating racism. “Financial privilege is such a great thing that people are [using] to their advantage. At the same time our voices make things happen, financially, money makes things happen.”

Roberts is continuing to create and share impactful commentary through her designs. Just this morning, she responded to President Trump’s tweet calling the Minneapolis protesters “thugs” with: “Why are white mass shooters ‘mentally ill,’ but Black protesters ‘thugs’?” Next, she and her friends are planning to create merchandise and start a campaign to keep fundraising for Floyd’s memorial, bail funds, and more “organizations that are going to have lasting impacts on this fight with racism.”