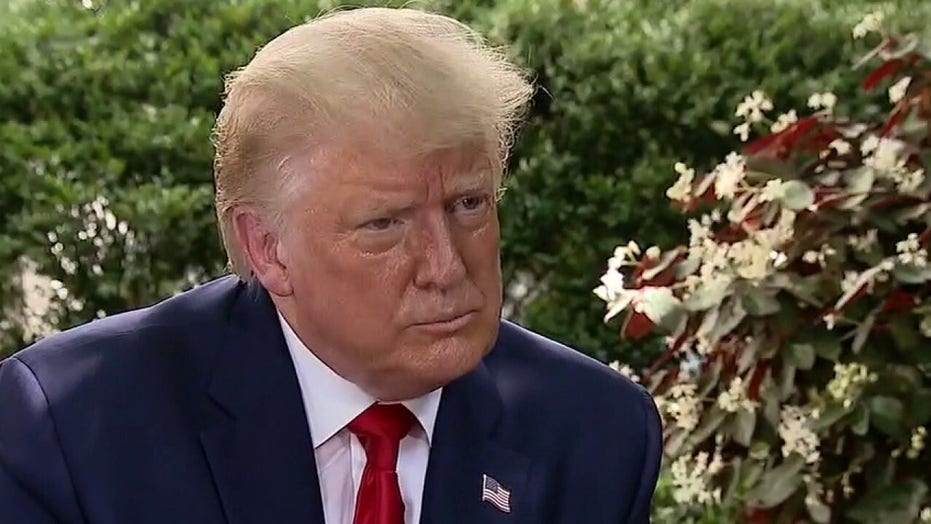 Mary Trump was grilled by Meghan McCain on "The View" about her bestselling book on President Trump.

"I don't like books like this," McCain began the exchange with President Trump's niece. "I don't like family tell-all books, especially when it comes to families with fame and power because they're told from the one side and often the subjects are villainized to the point that I don't end up actually believing the stuff written. There have been books written about my family, which are complete and total garbage, told from a skewed perspective and at the end of the day, you get a really good paycheck out of it, but I don't think it's that legitimate."

"What do you say to people like me who think that this is just a great way for you to get a paycheck right now?" McCain asked.

The "Too Much and Never Enough" author responded by telling McCain that she is "entirely entitled to [her] opinion," but stressed her "deep experience" with the family as the president's niece.

"But you're not close enough with the family where you say you have any relationship with Ivanka," McCain pushed back, explaining how distant family wouldn't know "the inner workings of immediate family dynamics" speaking from personal experience as the daughter of the late Sen. John McCain.

"I'm not extended family," Trump said. "My cousins, Donald's children, are completely irrelevent to the story that I was telling, which is, in my view, the foundational narrative about my family and how Donald became the person that he is."

The niece also rejected the notion that she was "cashing in" with the book, arguing she would have done so "ten years ago" when the president was still a reality TV star. She went on to compare herself to the whistleblowers who have spoken out against the Trump administration, noting the "risk" she has taken by writing the book now.

McCain then invoked Trump's visit to the White House and how she had dinner "on the taxpayer dime."

"You have a complicated relationship with him and this family that I don't understand and I understand that you're saying that this is very important now and that it's all well and good, but I do think if you were probably close to that family, you would probably know your cousins Don Jr. and Ivanka on a level that you clearly don't," McCain said.

Trump called McCain's assertion that she went to the White House on the taxpayer dime "absurd" and how her visit was to celebrate her "aunt's birthday."

The 55-year-old author also defended her distant relationship with the president's children as her cousins are "much younger" than she is. Don Jr. is 42 and Ivanka is 38, respectively.