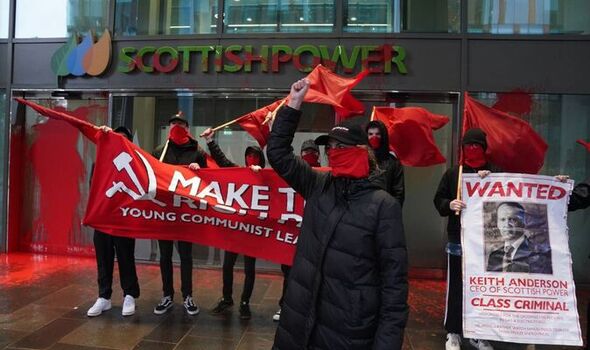 However, customers were told not to panic as many of the big energy firms, who crumbled under the pressure of the last meter reading day, extended deadlines for submission this time around.

People have a longer period to give meter readings – so long as they were taken on October 1.

Most households will see a rise in bills from today after Ofgem announced on August 26 that the energy price cap will increase from £2,500 to £3,549 for six months.

It means a typical household in the UK will pay around £2,500 per year for the next two years, saving an average £1,000 a year on their energy bills.

The Government said thanks to this measure, energy bills would remain close to where they have been for the past six months and will curb inflation by five percentage points.

The Prime Minister said: “I know people across the country are anxious about their energy bills, which is why we have acted quickly to help them.

“Livelihoods and businesses were at stake. The Government’s energy support limits the price they pay for gas and electricity, shields them from massive bill increases, and is expected to curb inflation too.

“The cost of not acting would have been enormous. To make sure the British public is not left in this position again, we are also fixing the problem at its source by scaling up home-grown energy and reducing reliance on foreign supplies to boost our energy security and independence.”

Truss is also urging Britons to stay alert to scams and fraudulent messages.

Earlier this week, figures released by the Office for National Statistics (ONS) revealed there were 4.5 million fraud offences in the year to March 2022.

And the number of people fleeced by con artists has risen by 25 percent in the past two years. 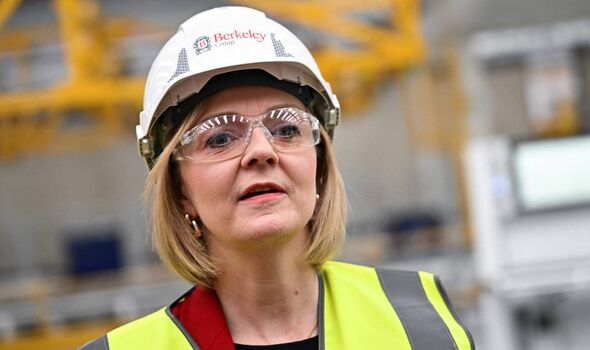 Scammers are targeting the vulnerable who are in need of financial support by sending text messages claiming to be the Government, offering £400 help to pay energy bills, as well as a web link.

The Government has reminded people there is no need to apply for the schemes it has announced, with most customers receiving the support automatically through their electricity bill.

Business and Energy Secretary Jacob Rees-Mogg said: “While Putin’s weaponisation of energy has driven energy prices to record highs, we will not let his regime harm this country’s businesses and households.

“Unprecedented government support is beginning this weekend, protecting families and businesses across the country from what was going to be an 80 per cent increase in energy bills this winter.

“I also urge people today to stay alert to scams. This support will reach people automatically and there is no need to apply.”

Businesses will also be protected because of the Government support through its Energy Bill Relief Scheme, which will run from October over the next six months.

The support is equivalent to the Energy Price Guarantee put in place for households and similarly discounts price per unit of gas and electricity, meaning businesses will pay well below half of the expected prices for this winter.

Gillian Cooper, Head of Energy Policy at Citizens Advice, said: “Even with the energy price freeze, bills are going to go up and be noticeably higher than last winter.”

“If you’re worried, you’ll struggle to cover your costs, talk to your energy supplier because they have a duty to help you.”

“With the new price cap, it’s also a good idea to get a meter reading – but don’t worry if you’re a few days late in sending this on to your supplier.”

“Finally, make sure you check your next bill. You should notice the first instalment of the government’s £400 refund coming in.”

Ms Cooper also reminded Britons to be careful of “opportunistic scammers” who look to “take advantage of people’s worries at times like this”.