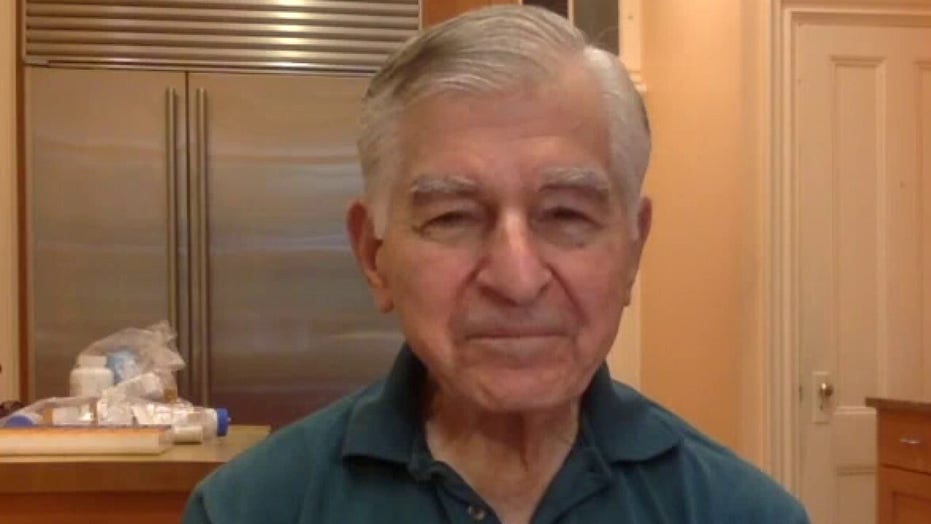 Dukakis: We’ve got to change this government, get Trump out of the White House

Former Massachusetts Gov. Michael Dukakis on Joe Biden’s campaign and his chances at winning the presidency.

Former Massachusetts governor and 1988 Democratic presidential nominee Michael Dukakis told "Your World" Friday that while former Vice President Joe Biden "should win" the White House in November, "anybody who thinks it's going to be easy is kidding himself."

"Biden should win it," Dukakis, now 86, told host Neil Cavuto. "The country's a mess. It's chaos every day in the White House. But this is not going to be easy. Joe knows that. We all know it. That means we've got to work our heads off to make sure that we get rid of this guy in the White House and restore some sanity and decency to the government of this country."

BIDEN PUSHES POPULIST 'MADE IN AMERICA' PLAN TO PUMP UP ECONOMY

Dukakis defended Biden against criticism that he has spent the past several months hiding in his basement and hoping to run out the clock while the polls show him with a substantial lead over President Trump.

"This is a very different election. I mean, you can't go out and campaign the way we used to campaign," Dukakis said. "And so what Biden is doing is what he has to do under the circumstances, given the virus, given this very serious problem that we face.

"But I think on the whole, he's doing what he should be doing," Dukakis added. "In the meantime, we've got a guy in the White House who screws up every day with something else. That is not to be taken lightly."

Dukakis, who served a total of 12 years as Massachusetts governor (1975-1979 and 1983-1991) did not hold back when asked about the importance of electing Biden president.

"We've got to change this government. We've got to … get this guy out of the White House before he destroys us," he said. "The way to do that is by going directly to people as best you can, even under these circumstances, and emphasizing the importance of change, the change for the better. Change for the kind of country that we really are and should be."

When Cavuto pressed Dukakis about whether he thought Biden was making a "hard charge left," Dukakis responded, "I'm not worried about going right or left or up or down. What we need is, is new leadership and a country that comes together. And that's what I think Joe Biden can do."

Dukakis also took a shot at Trump's economic record, describing it as "fake."

"The economy is not the best it's ever been. It hasn't been under this guy. There are better and stronger economies," he said. "But all I'm saying to you is that when you have unemployment with a trillion-dollar deficit, you got problems. And he's got problems. And that's another reason why we ought to get rid of him.

"We've got to get somebody who's sensible, steady, who can bring us together, who can make us feel good again about ourselves and our country and the world, who can stop wrecking our international policy agreements and alliances."