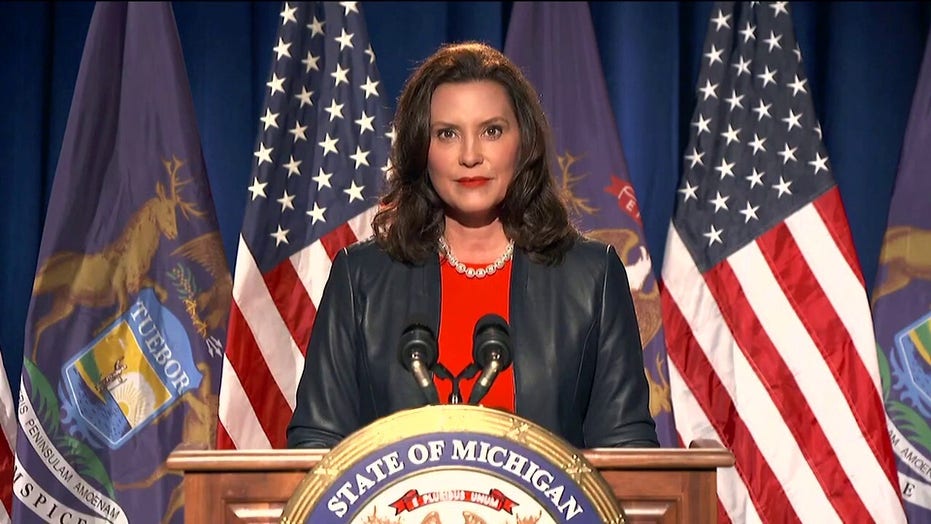 Michigan's Supreme Court on Friday struck down Gov. Gretchen Whitmer's orders to extend a coronavirus-related state of emergency past April 30 without legislative approval.

The court ruled 4-3 that Whitmer's decision to declare a state of emergency without approval from state legislators was unconstitutional, citing the 1976 Emergency Management Act, which states that "after 28 days, the governor shall issue an executive order… declaring the state of disaster terminated" or request an extension.

CUOMO, WHITMER CALL FOR CONGRESS TO INVESTIGATE TRUMP'S RESPONSE TO THE COVID-19 CRISIS

The plaintiffs in the case were health care providers who could not perform nonessential medical procedures due to the extension, according to the majority opinion.

"The court has restored the voices of 10 million Michiganders by reaffirming the constitutional protections of checks and balances afforded through the separation of powers," Patrick Wright, vice president for legal affairs at the Mackinac Center, which brought the lawsuit against Whitmer that led to the decision, said in a statement.

He added that the "decision was long in the making, but now future COVID responses will have the benefit of including the people’s representatives through the legislative process."

Plaintiffs in other lawsuits brought against Whitmer over the course of the pandemic can now cite Friday's ruling in their arguments.

"As our state continues to face the challenges that come with COVID-19, all of the people of Michigan will have a voice in the decisions that will impact our state in the years to come," Wright said.

Whitmer said in a Friday statement that she "vehemently" disagrees with the "deeply disappointing" ruling and "'the court’s interpretation of the Michigan Constitution."

"Right now, every state and the federal government have some form of declared emergency," she said. "With this decision, Michigan will become the sole outlier at a time when the Upper Peninsula is experiencing rates of COVID infection not seen in our state since April."

She added that the ruling “does not take effect for at least 21 days, and until then" she will continue to use her emergency powers, and "after 21 days, many of the responsive measures" she put in place to control the spread of COVID-19 "will continue under alternative sources of authority that were not at issue" during Friday's ruling.

The decision encourages the governor and state legislators to work together for future COVID-19 orders, Justice Stephen Markman wrote in the opinion.

Dr. Randall Baker, a plaintiff, said she and two other medical practitioners are "thankful for the rule of justice and that we can put patients first, like we’ve been trained and desire to do," adding, "it’s a great day for the people of Michigan."

The Mackinac Center expects an "almost certain rehearing request from the governor and other state officials," according to a press release.

More Than Half of US Adults Worry About Medical Bankruptcy, Debt