The push to advance U.S. infrastructure by improving transit systems and advancing climate-friendly initiatives was a cornerstone of President Biden’s campaign, but fighting over his social spending package has stoked division within his party.

But the while the bill had wide support from Democrats, six of the party’s progressive leaders voted against the legislation. 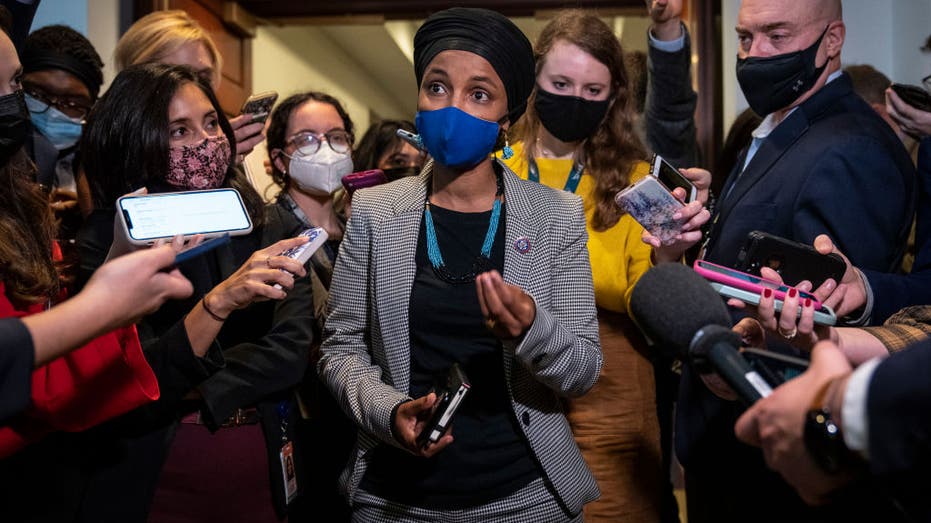 Democratic lawmakers, dubbed the "Squad," voted against the mammoth infrastructure bill in protest to fact the $1.7 trillion Build Back Better social spending package was not also voted on.

Moderate Democrats blocked Speaker Nancy Pelosi’s push to have both bills voted on – instead, they demanded the Congressional Budget Office (CBO) "score" the spending package first.

In a statement following her vote, Rep. Ilhan Omar, D-Minn., said she voted against the infrastructure bill in opposition to the fact it was not passed coordination with the social spending package.

"I have been clear that I would not be able to support the infrastructure bill without a vote on the Build Back Better Act," she said. "Passing the infrastructure bill without passing the Build Back Better Act first risks leaving behind childcare, paid leave, health care, climate action, housing, education, and a roadmap to citizenship."

Omar was joined by Reps. Jamaal Bowman of New York, Cori Bush of Missouri, Alexandria Ocasio-Cortez of New York, Ayanna Pressley of Massachusetts and Rashida Tlaib of Michigan in opposing the infrastructure bill.

However, also on Friday, Progressives agreed to adopt the "rule," on the Build Back Better Act as it is currently written, and which the House voted on 221-213, setting it up for a final vote no later than the week of Nov. 15.

House moderates have pledged to vote on the colossal spending bill by mid-November, and Biden said Saturday he was confident it would survive both chambers.

"Let me be clear. We will pass this in the House and we'll pass it in the Senate," he said during an address to the nation. 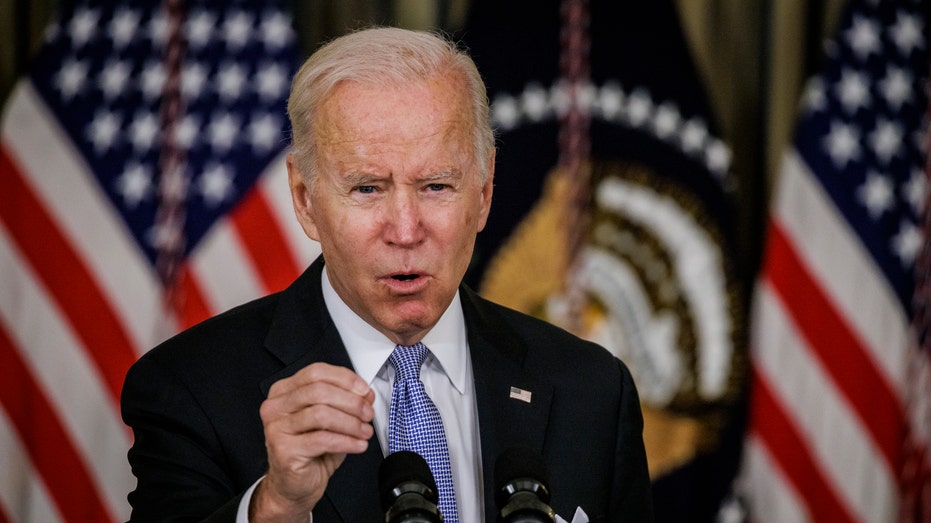 WASHINGTON, DC – NOVEMBER 06: U.S. President Joe Biden speaks during a press conference in the State Dining Room at the White House on November 6, 2021 in Washington, DC. The President is speaking after his Infrastructure bill was finally passed in t (Photo by Samuel Corum/Getty Images / Getty Images)

But Pelosi could face an uphill battle in getting the spending package through the House as she will need at least three of the "squanders" to back the bill to reach the 218 minimum vote threshold and obtain a simple majority – assuming the package receives no GOP support.

Progressives like Pressley and Tlaib have pushed hard for certain policies like, paid family leave, to be included in the House’s spending package.

But moderates in the Senate like Sens. Joe Manchin of West Virginia and Krysten Sinema of Arizona have already said they would object to measures like paid family leave.

While Pelosi has said she wants to pass a bill the upper chamber could immediately pass with a 51-50 simple majority under reconciliation rules, any changes to the spending bill could mean more arm-wrestling for Senate Majority Leader Chuck Schumer – putting Biden’s spending package in jeopardy.