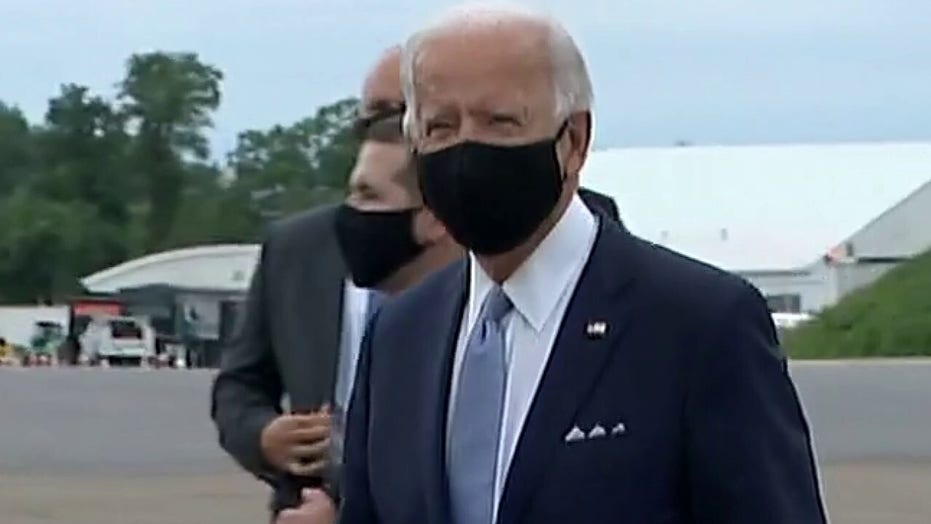 The Democratic nominee Joe Biden is meeting with community leaders in Kenosha, Wisconsin, the location where a police officer shot Jacob Blake in the back seven times; Peter Doocy reports.

EXCLUSIVE: More than 175 current and former law enforcement officers and officials endorsed Joe Biden for president on Friday, while slamming President Trump as a "lawless" president, Fox News has learned.

“Joe Biden has always stood on the right side of the law and is offering a much needed vision for our Nation. When asked the question, would you feel safe in Joe Biden’s America? The answer is yes,” said Tom Manger, the retired chief and former president of the Major Cities Chiefs Association. “I’ve worked with Vice President Biden for years and know that he can heal the divide in our Country. He has condemned violence of all kinds, and there is no question that I would feel safe in Joe Biden’s America.”

“It’s ironic that a lawless president claims to be the ‘law and order’ president,” Wray said. “We are at a crossroads with this nation, and we need a president that has always prioritized the safety of Americans and their families.”

Wray added: “We have seen time and time again that Donald Trump has prioritized advancing his own political interests before considering the well-being and livelihood of Americans.”

And retired Illinois police Col. Joann Johnson echoed a similar sentiment, slamming the president for his handling of the coronavirus pandemic.

“COVID has devastated our economy, killed thousands of Americans. The murder rate is up, and more cops have died of COVID-19 this year than on patrol,” Johnson said. “Yet, despite all that, Donald Trump has continued to insist he is the law and order president without condemning violence, providing a plan to control COVID-19, or a path for economic recovery.”

Johnson added: “Joe Biden has done all those things but, most importantly Joe is a man of character and of family values who I believe can heal our nation and begin to restore the trust between law enforcement and communities of color.”

The endorsements come after a number of high-profile police and law enforcement organizations have already thrown their support behind Trump. 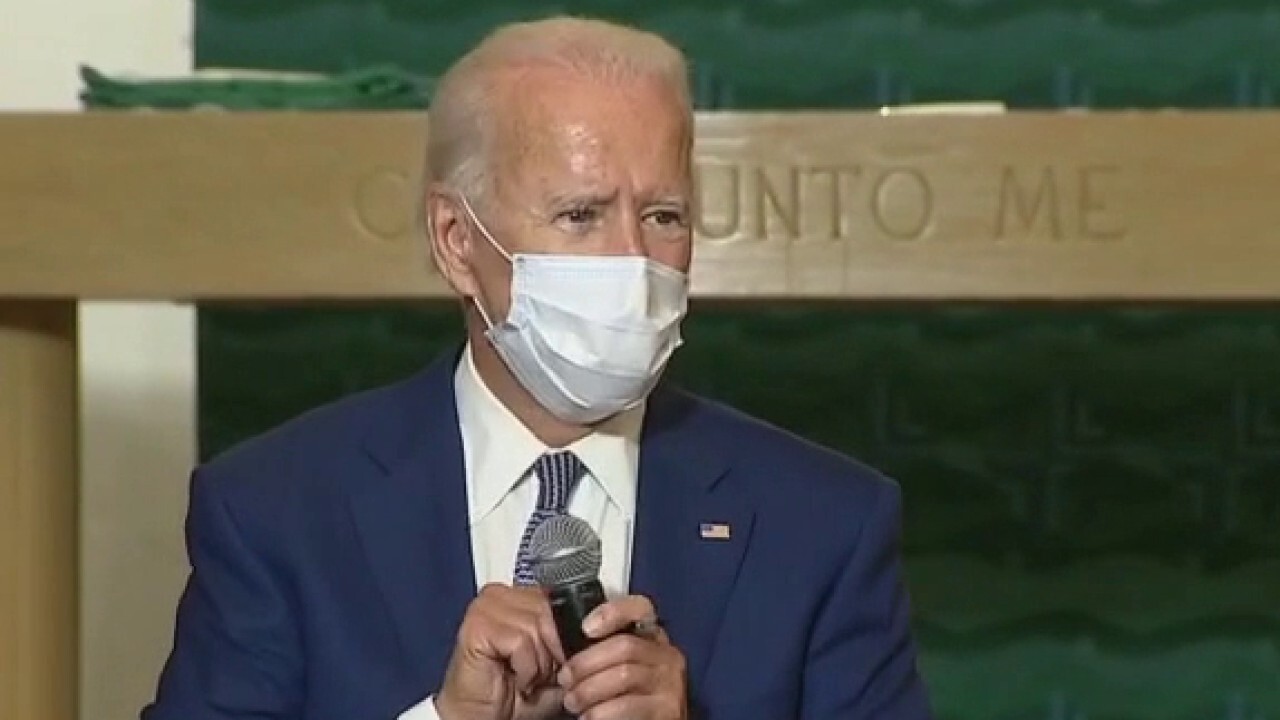 NAPO did not endorse a candidate in the 2016 election but endorsed former President Barack Obama and then-Vice President Joe Biden in both the 2008 and 2012 elections.

The endorsements from the prominent police organizations for the president come amid criticism against Biden over his calls for police reform and potential cuts for local law enforcement, and with some Republicans claiming the former vice president supports the “defund the police movement.”

The criticism came after Biden, during an interview with NowThis conducted by progressive activist Ady Barkan, said that some funding should “absolutely” be redirected from police.

“But do we agree that we can redirect some of the [police] funding?” Barkan asked Biden.

Biden's campaign has repeatedly said, however, that he does not support defunding the police.

This week, though, Biden clarified his position on the matter himself, voicing his support for law enforcement.

"Let's get the facts straight, I not only don't want to defund the police. I want to add $300 million to their local budgets to deal with community policing to get police and communities back together again," Biden told KDKA.

Meanwhile, the endorsements come amid unrest in cities across the country, including in Kenosha, Wis., after 29-year-old Jacob Blake, a Black man, was shot at close range in the back by a city police officer, leaving him partially paralyzed.

Biden visited Kenosha on Thursday, and spoke with Blake and his family.

Trump visited Kenosha on Tuesday, and toured damaged businesses and met with law enforcement officers. He did not meet with Blake’s family.