There are “no signs that the housing market will crash,” according to a mortgage expert.

The property market was thrown into chaos after Chancellor Kwasi Kwarteng delivered his Mini-Budget last month. Mortgage rates rocketed as a result but, today, money experts have analysed the housing market.

Mark Lawrinson, operations director of residential sales at estate agent Beresfords, said: “While there has been negative news relating to the pound and the wider economy, this has not translated to the housing market and there are no signs that the market will crash.

“Our current projections are however showing that the rate in which property price increases will be more subdued over the next six to 12 months.”

The pound tumbled to an all-time low after the chancellor’s fiscal event.

And more than 1,000 mortgage deals were pulled from the market as a result – with many now returning at a much higher rate.

But other experts say this will cause house prices to fall in the coming months.

Graham Cox, director of the firm Self Employed Mortgage Hub, said: “Unless we are very lucky and inflation falls much more quickly than predicted, I don’t see any other outcome than a sizeable fall in house prices – possibly 20%-plus over the next two to three years.

“I’ll be accused of being a doom-monger, but if you use simple maths and common sense, how can house prices not fall?” 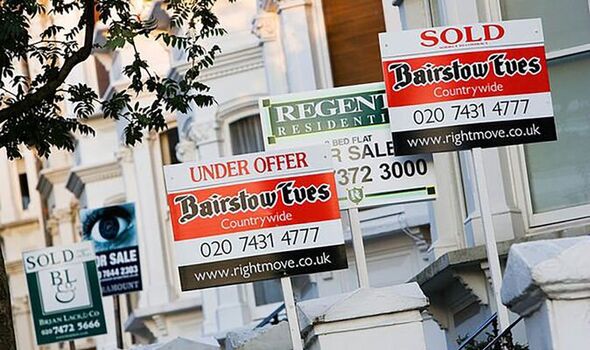 Tom Bill, head of UK residential research at Knight Frank, also predicts that house prices will fall over the next two years.

He said: “It’s a fairly safe bet that UK house prices have now peaked. The impact of rising mortgage rates will begin to hit demand and spending power in coming months, which we believe will lead to a fall of 10% over the next two years for UK prices.

“We may see mortgage rates fall to some extent if financial markets become more reassured by the government’s economic plan but the events of the last fortnight have been a reminder that the era of ultra-low rates is coming to an end.”

The markets now expect the Bank of England base rate to peak at around 5.25 per cent to 5.5 per cent in 2023, after the Chancellor was forced into a U-turn on one of his major Mini-Budget proposals.

Mr Kwarteng had announced plans to abolish the top tier 45% income tax rate after the move was criticised as only helping the 1% of workers who earn above £150,000.

This now won’t happen – but mortgage rates are still climbing and have been going up since last December.

The Bank of England hiked its base rate to 2.25 per cent at the end of last month – its highest level in 14 years and seventh increase since December when the rate was 0.1 per cent.