The New York Times admitting The Babylon Bee is satire, not ‘misinformation’ in a correction, the media ignoring Biden’s attack on GOP while abroad, despite criticizing Trump for violating political norm and ABC’s Terry Moran getting panned for suggesting GOP would end the filibuster ‘in a heartbeat’ round out today’s top media headlines

MSNBC guest host Zerlina Maxwell and journalist Anushay Hossain slammed critics on both the left and right for criticizing Vice President Kamala Harris on the U.S.-Mexico border crisis, suggesting that such backlash is sexist and racist.

Monday marked the 83rd day that Harris has not yet made a trip to see the situation for herself since being tapped by President Biden to manage the border crisis. She also went over 70 days without holding a press conference on the tenuous matter. The number of illegal immigrants crossing the U.S.-Mexico border so far this fiscal year has hit a 10-year high. Instead, she made a trip to Guatemala and Mexico to reportedly address corruption and economic reform. Critics noted that she has also recently made appearances at other, less pressing events, such as a gay pride parade in Washington, D.C.

Harris’ questionable schedule has given her critics plenty of ammunition regarding her handling of the border crisis. And yet, when Maxwell teed up a question for Houssain on the criticism Harris is fielding, she decided to bring up Harris’ race and gender.

“So, here is what I want to know, given that immigration is one of the most complex issues we face as a country, a situation where there is no quick fix, is there anything Harris could have said that would not have drawn criticism, as a woman, a person of color and the daughter of immigrants herself, the first ever vice president who isn’t a white man, by the way, always remember that. Is Harris being held to a different standard?” Maxwell asked, filling in as guest host for “The Week with Joshua Johnson” on Saturday, reported Newsbusters.

“Women and men aren’t assessed through the same lens, and that’s one thing we have to keep in mind whenever we’re talking about the Vice President,” Houssain responded, later adding, “But because she is a woman and a woman of color, the level of scrutiny that she is getting from both the left and the right is really off the charts.”

“But people really do expect Kamala Harris, our vice president, to solve the border issue overnight,” she noted in Harris’ defense.

Houssain referenced her recent USA Today piece, in which she argued, “as the first black and first Asian and first woman to hold the second most powerful job in the country, she can’t keep anybody happy. It’s not possible.”

MSNBC wasn’t the only one to evoke the race and gender cards in their analyses of criticism over Harris’ border management. CNN’s Chris Cillizza thought it important to note in his write up on the subject while singling out Republican “attacks” on her.

“Those attacks, however, won’t (and shouldn’t) bother Harris — or Biden,” Cillizza wrote. “The Trump wing of the Republican Party, which is the majority of the GOP base, is heavily invested in demonizing Harris, and will find ways to do so no matter what the vice president says or does. (Plus, the fact that Harris is the first woman and first person of color to serve as vice president shouldn’t be lost on anyone in this conversation.)”

“Race is the No. 1 issue for Republicans right now,” panelist John Harwood similarly said in a discussion of the border critiques on “Inside Politics Sunday.” “This is a white party that’s rallying white, aggrieved white Americans who feel they’re losing control of their country.”

But other CNN contributors were among Harris’ critics on Sunday while discussing her now infamous interview with NBC’s Lester Holt. When asked by Holt why she had yet to travel to the southern border, she dismissively replied, “And I haven’t been to Europe,” while laughing. CNN’s Abby Phillips called that response “cringeworthy”

“It’s just a little cringeworthy, and I know that her allies in the White House and elsewhere are watching it and just kind of wondering what is going on,” Phillips said. 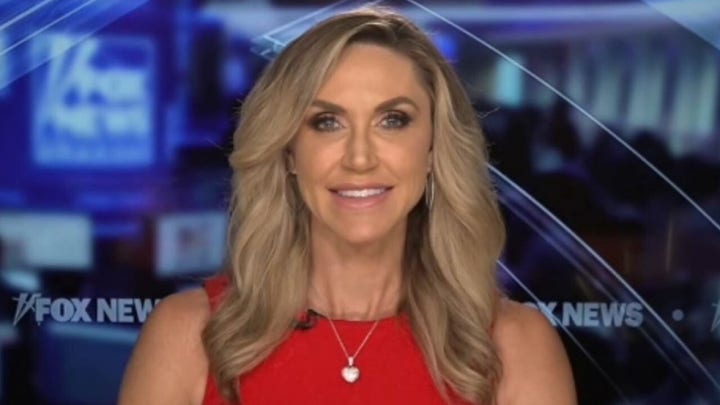 “To be clear, she was going to be asked this question. And the fact that they didn’t have something better than ‘I haven’t been to Europe’ is fairly notable,” he said.

Iowa Republican Rep. Ashley Hinson recently pressed the issue in Congress, urging legislation that would prevent Harris from overseas travel until she finally takes a trip to the border.

“This crisis is worsening by the day,” Hinson said on the House floor. “Yet, the vice president has refused to go to the border herself and talk to the brave law enforcement officers, the men and women who are fighting this on the frontlines. This out-of-sight, out-of-mind approach is a disgrace.”

Rep. Alexandria Ocasio-Cortez, D-N.Y., was among the progressives who sounded off on Harris’ overall response to the border, particularly her recent instruction to migrants in which she said “do not come” to the U.S., as “disappointing.”

The condemnation over Harris’ management of the border is so widespread that MSNBC’s Joy Reid admitted that it was an “unpopular opinion” when she defended Harris’ trip to Guatemala.