MSNBC’s Al Sharpton said Thursday that President Trump appealed to minorities with entrepreneurial aspirations and Democrats have “a lot of work” to do in order to win back Black and Hispanic voters who wanted to reelect the president.

“He has done better than, in my judgment, he should have with Black men and Hispanics, which means that we’ve got to really look in the civil rights community, both on the Latino and the African American side, on a real conversation in our communities on what it is to be different in terms of being entrepreneurial aspirants and being fair in terms of how we look from the whole,” Sharpton said on “Morning Joe.” 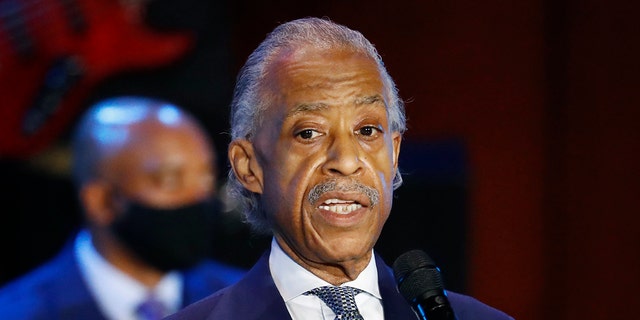 Al Sharpton said Thursday that President Trump appealed to minorities with entrepreneurial aspirations and Democrats have “a lot of work” to do in order to win back Black and Hispanic voters who wanted to re-elected the president. (AP Photo/Julio Cortez)

“I think he appealed to some that wanted to feel that they had to be a certain kind of way to be aspirational and that you can be that and still be centrists,” Sharpton continued.

“I think that a lot of them bought into the false view they were putting out on Joe Biden with the crime bill rather than dealing with the fact that Joe Biden was going along with the majority of people, even in the Black leadership with the Black crime bill.”

Last month, Biden conceded it was a "mistake" to support a now-controversial crime bill that critics say laid the groundwork for mass incarceration, but the former longtime senator still defended parts of the 1994 legislation.

Asked by ABC anchor George Stephanopoulos during a televised town hall in Philadelphia whether supporting the 1994 Violent Crime Control and Law Enforcement Act was a mistake, Biden said: "Yes, it was."

Sharpton also accused the Trump campaign of “distorting” Kamala Harris’ record and painting the Democrats as socialists, calling it “false propaganda” that many Americans bought into.

“I really believe there is going to be a lot of work in those areas,” Sharpton said. “If we ignore it, or act like it doesn’t matter, I think is not wise and I think if Joe Biden and Kamala Harris, if they’re successful, are going to have to really work.”

BIDEN PRESSED ON 'YOU AIN'T BLACK' COMMENT DURING TOWN HALL

Throughout his presidency, Trump has been attacked by the media with accusations of racism, xenophobia, homophobia, and sexism. However, exit polls from The New York Times showed him improving his turnout among various demographics from the 2016 electorate.

The numbers took Blow by surprise.

He continued, "Also, the percentage of LGBT voting for Trump doubled from 2016. DOUBLED!!! This is why LGBT people of color don’t really trust the White gays. Yes, I said what I said. Period."

"Also, the percentage of Latinos and Asians voting for Trump INCREASED from 2016, according to exit polls. Yet more evidence that we can’t depend on the “browning of America” to dismantle White supremacy and erase anti-Blackness."

Fox News’ Joseph. A Wulfsohn and Megan Henney contributed to this report.