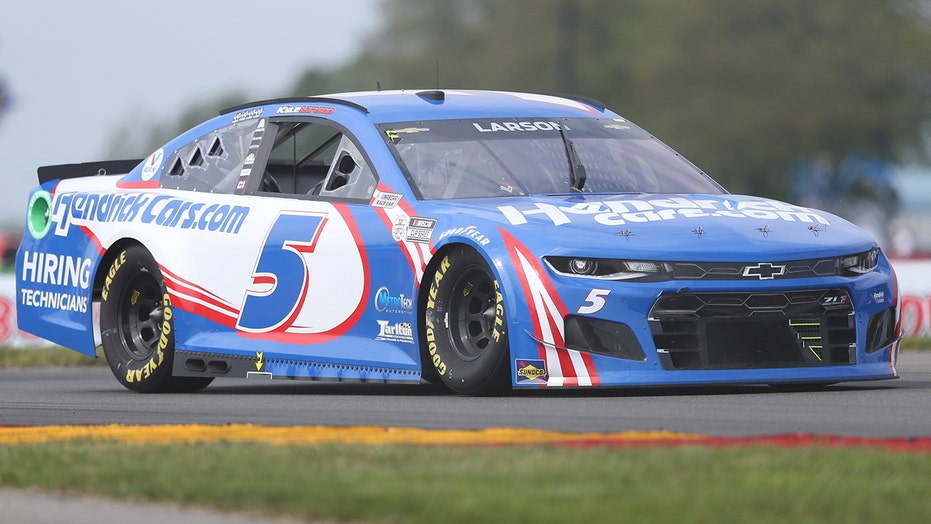 Rick Hendrick erased any doubt that marketing in motorsports is still effective when his automotive sales group bought the sponsorship rights through 2023 for NASCAR title contender Kyle Larson.

With few companies willing to back Larson upon his return from a nearly yearlong suspension for using a racial slur, Hendrick put the website for his dealerships on the hood of Larson’s car. Larson started winning races, which company officials say drove traffic to HendrickCars.com that netted $1.8 million in leads and over $5 million in television exposure. 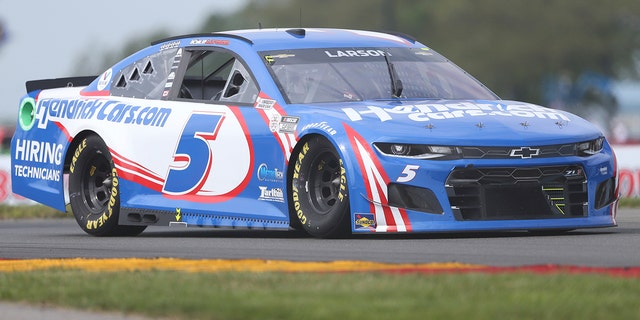 “We’re having the best year we’ve ever had,” said Hendrick, owner of the largest privately held dealership in the country. “The market is blazing.”

When motorsports began to gain mainstream traction in the 1980s, the motto for auto dealers was always “Win on Sunday, sell on Monday.” But the economic downturn of 2008 nearly devastated the automotive market and NASCAR’s soaring popularity started to level out. The marketing slogan was suddenly watered down to something closer to like, “Win on Sunday, hope a customer comes in on Monday.”

Even so, manufacturers have not moved away from motorsports as a top sales platform. It’s never been more evident than this year as spending has resumed after the pandemic crushed 2020 sales. Motorsports remains a critical marketing tool for companies to show how racing technology transfers from the track to the streets.

General Motors launched a special edition Corvette during a race weekend in the shadows of its Detroit headquarters. Lexus, Ferrari and Acura did the same for their new performance vehicles at IMSA sports car events. At a NASCAR race in Nashville, Ford used its fully electric Mach-E to pace the field and used its high-performance GT model to thrill VIPs for a few laps around the track.

The Mercedes-AMG GT Black Series was unveiled in June at the Concours Club in Miami. Although the sticker price is an eye-popping $326,000, the car ranks in the top group of street-legal sports cars. Its crossover appeal was emphasized when it debuted alongside its sibling Mercedes-AMG GT3 racing car that went 1-2 in class in this year’s Rolex 24 At Daytona endurance race.

“We know from our customers no matter what age they are, even if they’re in the digital world of racing, which is very, very good, that racing is a proof-point of engineering capability, validation of the car itself, and of safety in many cases,” said Mark Reuss, president of General Motors. “The two-way technical things that we do in all of our race programs eventually show up in our production cars.

“The customer cares about that and motorsports is extremely exciting to watch and to participate in, so it is a natural marketing space,” he said.

People like to see competition and cheer for their brands, she said, and that translates to loyalty when it comes time to buy a new vehicle. That applies not only to racing fans who love the competition, but also to people who don’t follow the sport.

“It gives owners a reason to cheer on their brand. It helps build an emotional connection,” Brinley said. “That’s really elusive, but it’s also pretty key toward keeping and maintaining brand loyalty.”

Automakers can use the race track to push new technology in ways they can’t reproduce on their own test tracks, Brinley said. While there might not be a direct connection to consumer vehicles, the testing influences vehicles sold to the public.

“It’s an opportunity to put the vehicles in challenging positions that aren’t necessarily 100% under their control versus a regular test track situation,” Brinley said.

Ford Motor Co. points to the 1901 car “Sweepstakes” built by Henry Ford and Oliver Barthel as a race car to help restore Ford’s reputation after his first failed attempt at owning an auto company. Sweepstakes won its first outing against an established driver and car, and the publicity helped Ford launch what is now the fourth-largest automobile company in the world.

For Henry Ford, the win on Sunday slogan had a more significant shift in that it meant he could start a new company on Monday.

“You saw what Henry Ford used Sweepstakes for — for marketing and notoriety and innovation and technical learning and he formed a successful business from it,” said Mark Rushbrook, global director at Ford and head of Ford Performance Motorsports. “The core of that still holds through time from that point to where we are today for the same reasons and effectively.”

HPD leads all Honda and Acura high-performance racing programs in North America, and Salter pointed to the IndyCar race at Mid-Ohio in July when Josef Newgarden in a Chevrolet edged Colton Herta in a Honda for the pole by 0.0031 seconds.

“You can find out where you are as a company, every qualifying session and at the end of every race,” Salter said. “Between two human beings, two different powertrains, between people setting up chassis in different ways, and somehow one got it quicker in the blink of an eye.

“We begin to sweat when that happens. We go back and look at the data and try to analyze where the differences are, and then we bring that into our business.”

Nearly every series awards a manufacturer championship at the end of each season — it’s called a constructors title in Formula One — and it is a vital tool for automakers.

Edsel Ford II, great-grandson of Henry Ford, still believes that beating the competition is the best way to sell cars.

“I’m old school so I guess I still believe that if you win on Sunday, then you do the best you can to sell on Monday,” Ford told AP. “Winning is so important to us and we do the best job we can in marketing our victories to our customers, to our fans, and we hope that they will come in on a Monday and buy a Ford.”