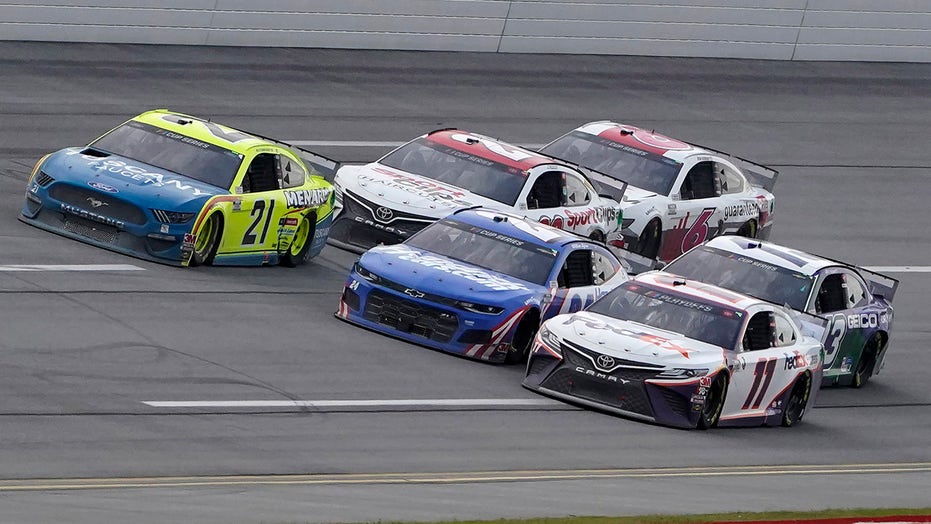 Matt DiBenedetto’s thrilling second-place finish at Talladega was turned into a 21st place result after he was given a post-race penalty for forcing Erik Jones out of bounds on the final turn of the final lap of the Yellawood 500 playoff race.

Drivers are not allowed to cross the yellow line that separates the racing surface from the paved apron intentionally, unless they are trying to avoid a potential wreck.

DiBenedetto was leading the race when he moved to all the way from the outside wall to the inside, in an effort to defend his position from the hard-charging Jones; but he went too far and caused Jones to move below the line, sparks flying as he came off the banking onto the flatter infield surface.

Seconds later, Denny Hamlin, who also drove onto the apron to avoid Jones, beat DiBenedetto to the finish line by .023 seconds to claim a spot in the next round of the NASCAR playoffs. NASCAR officials determined that Hamlin’s move below the line was an effort to avoid contact with Jones, who was awarded second place as a result of DiBenedetto's penalty.

Chase Elliott also crossed the line on the last lap and was issued a penalty moving him from sixth place to 22nd, but it was later decided that Chris Buescher had forced him to make the move. Elliott ended up in fifth in the final results, while Buescher, who finished sixth on the track, was bumped down to 22nd place.

After the race, an emotional DiBenedetto, who hasn’t yet had his Wood Brothers Racing contract renewed for next year, said he was driving with “pure desperation” chasing his first Cup Series win.

“That’s how I drive every race, every time I set foot in a race car. I’m appreciative for the challenges that I face, because that’s what it teaches you,” he said.