AS we venture outside more, scanning QR codes with the NHS Test and Trace app will become a regular occurrence again.

Many people are still confused as to how it works and which phones can download it – here are the answers. 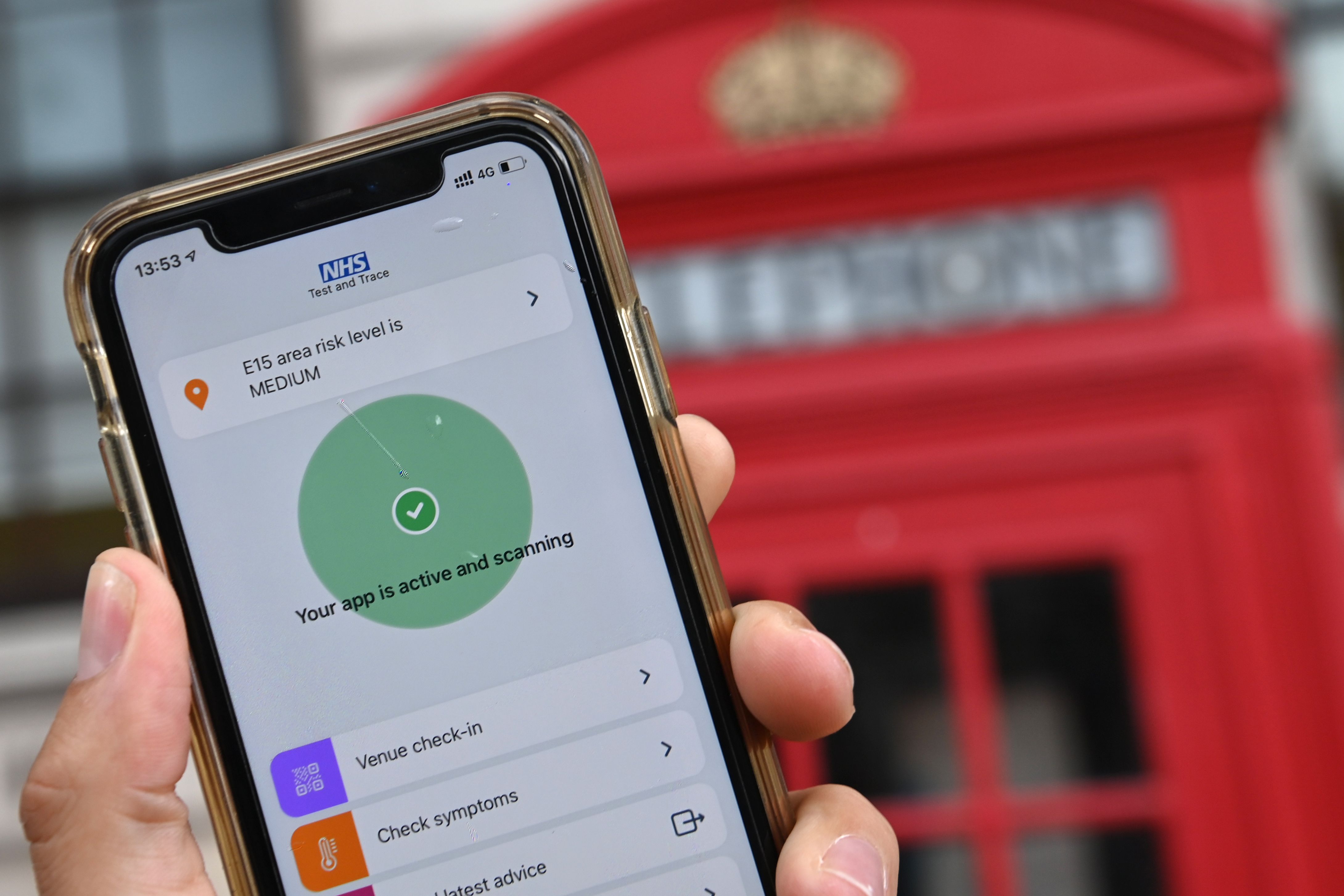 The contact tracing app went live on September 24, 2020 across England and Wales in the hope it will reduce the spread of the coronavirus by identifying and containing the bug.

Named "NHS Covid-19", it uses a method developed by Apple and Google to detect other smartphones nearby.

If somebody tests positive for the virus, everyone who may have been in contact with them is automatically alerted.

Does the app work on older iPhone and Android mobiles? 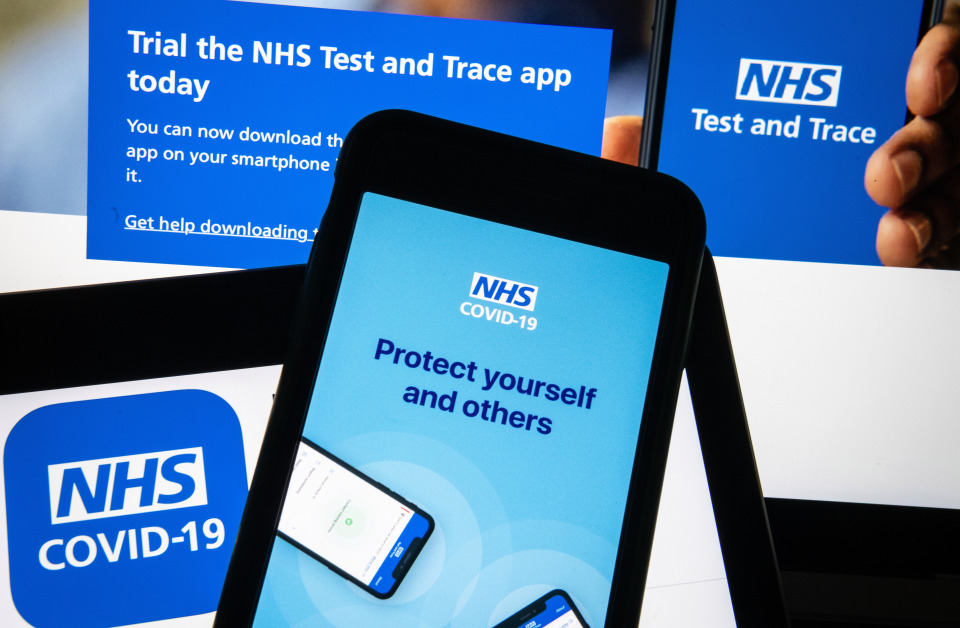 Reports on social media have falsely suggested that the app only works on iPhone models released within the past three years.

In fact, NHS Covid-19 functions on every Apple mobile released since the iPhone 6S (which came out in 2015) provided you have iOS 13.5 or a later version of Apple's software installed. 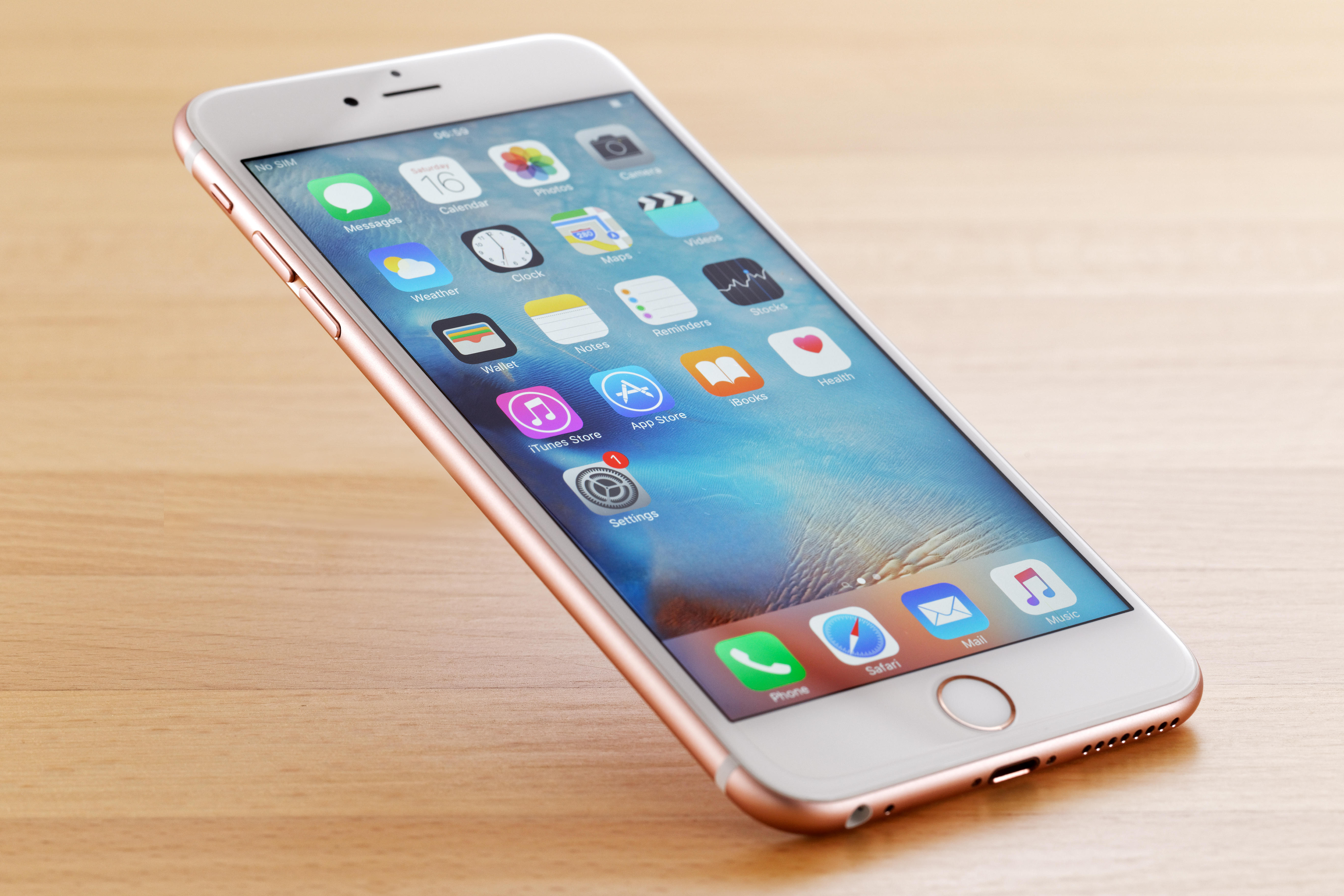 On Android, the app works on mobiles released in 2015 or later with the Marshmallow 6.0 software.

This cut-off point exists because the tech powering the app – including how it uses Bluetooth to register nearby phones– is only available in later versions of mobile software.

That means older phone that can't download the latest Apple or Android software can't run the app properly, and so have been excluded.

If you have a compatible mobile, make sure you download the latest version of iOS or Android to ensure you can run the contact tracing app. 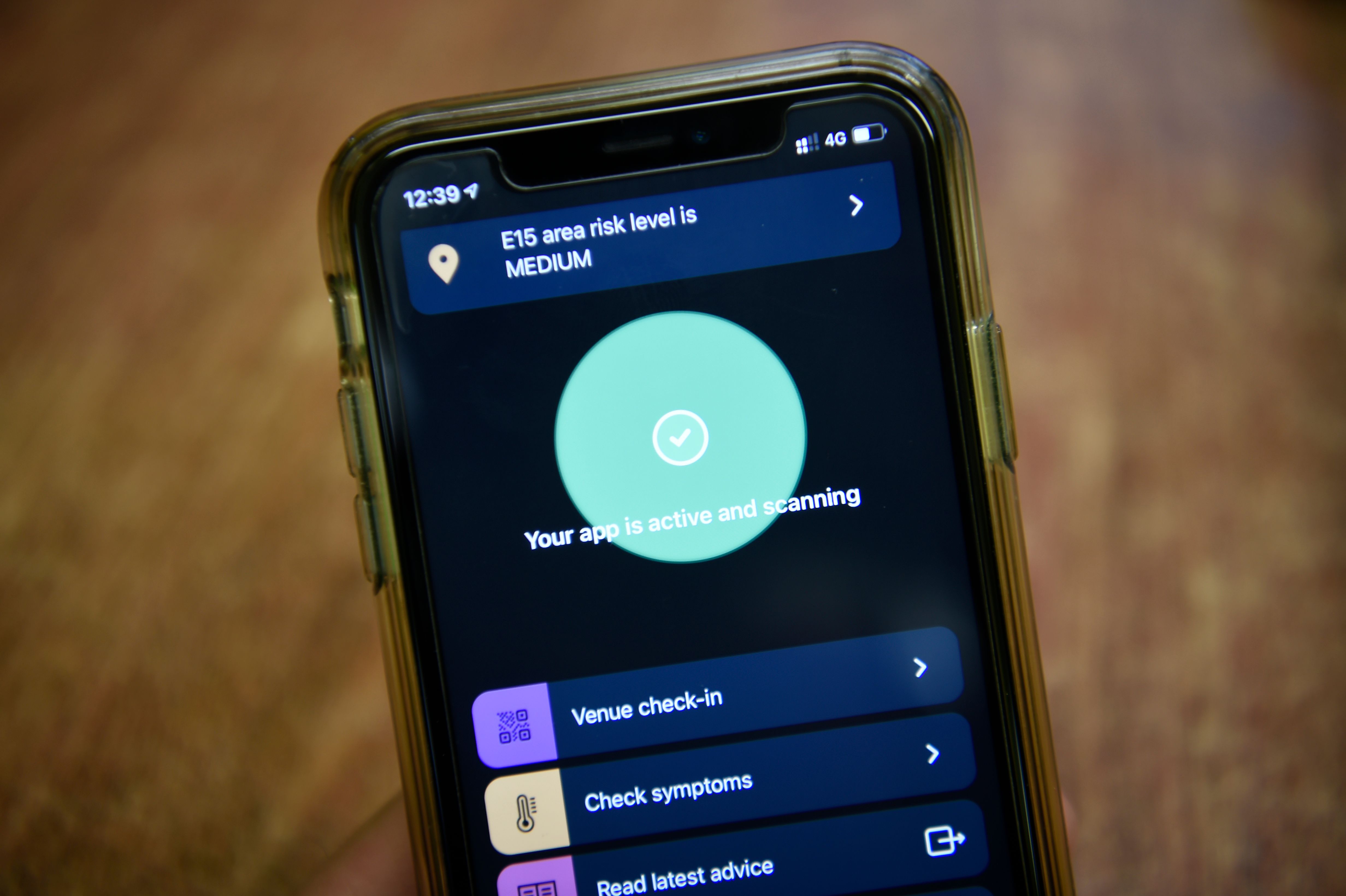 On iPhone, you can check what version of iOS you're using by heading to the Settings app.

From here, go to General > About. The version you have installed is under "Software version".

To download the most recent version of iOS for free, head to Settings > General > Software update.

If there's a new version of iOS available, hit "Download and Install". 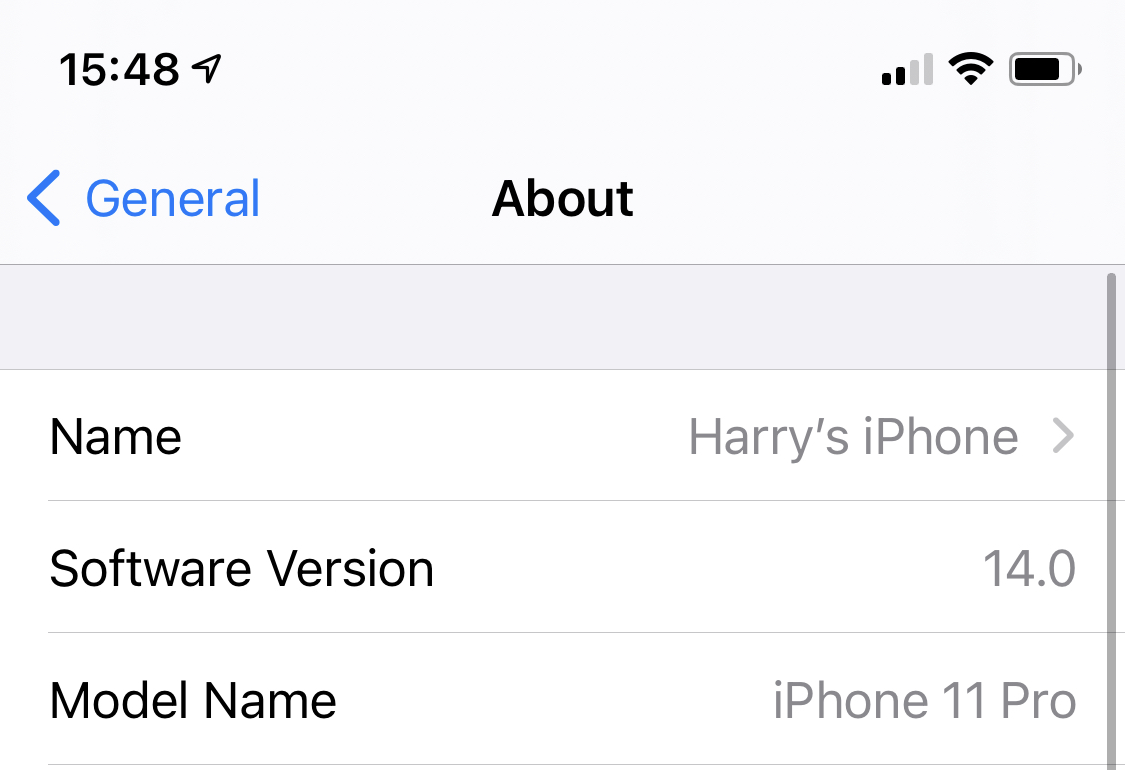 On an Android phone, you can see what version of Android's software you're using by heading to Settings.

Tap About Phone or About Device. Tap Android Version.

You need to be on Marshmallow 6.0 software or later to use the test and trace app.

Remember, Android software versions progress alphabetically and are labelled as food stuffs, so if yours begins with a letter before M in the alphabet (for instance, Lollipop or Jellybean) it's too old for the app.

To update your Android mobile, Open your settings and tap About Phone, then select Check for Updates.

If an update is available, an Update button will appear. Tap it.

How to download the track and trace app on iPhone 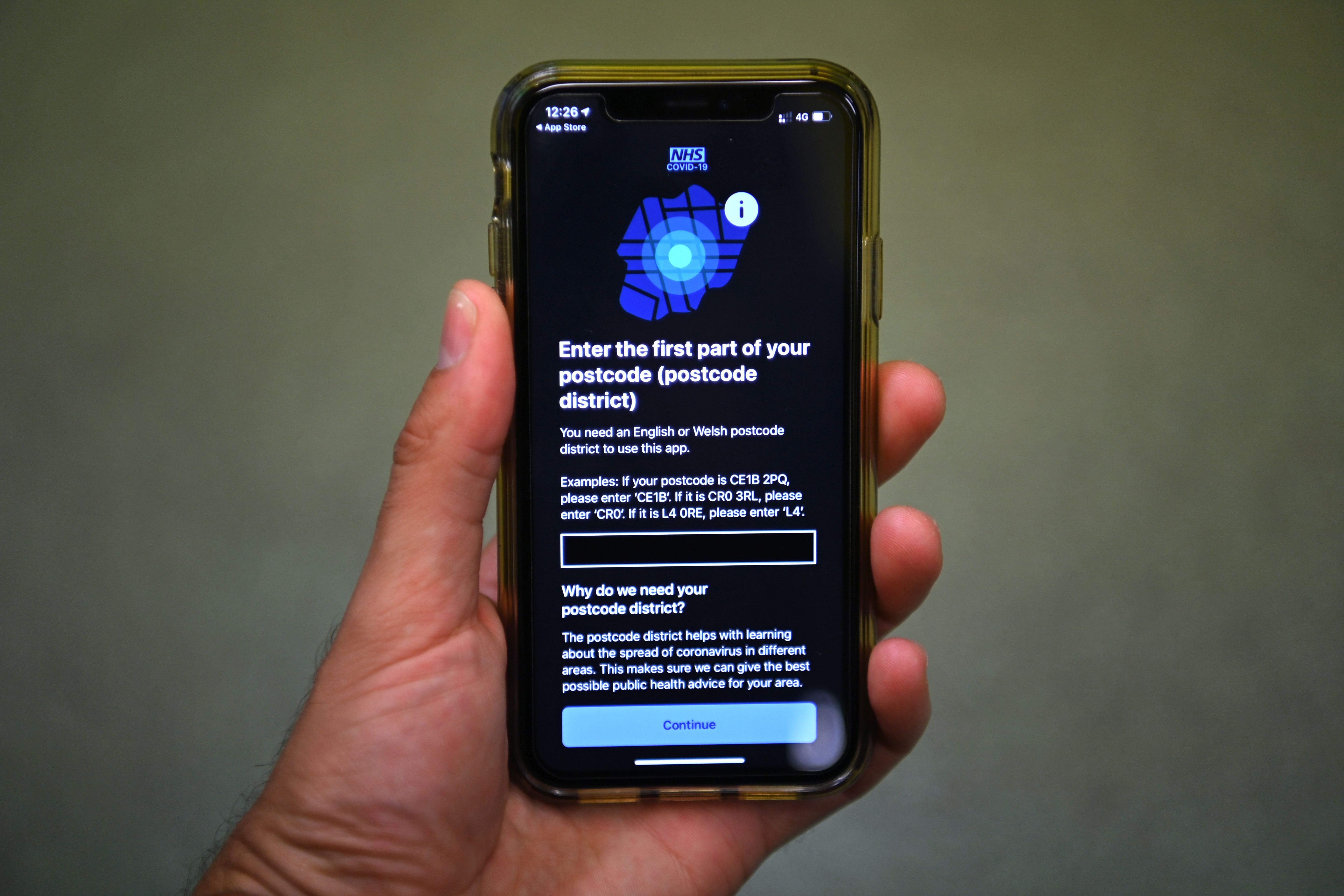 Firstly, ensure your phone's operating system has recently been updated.

Once it is downloaded, open up the app and follow instructions.

The app will then ask for your permission to track your activities in the background – detecting if your phone has been in contact with somebody who has tested positive for coronavirus, and sending an alert if necessary.

The app will let you report symptoms, book a test, and provides a self-isolation countdown that will alert you when the period is over. 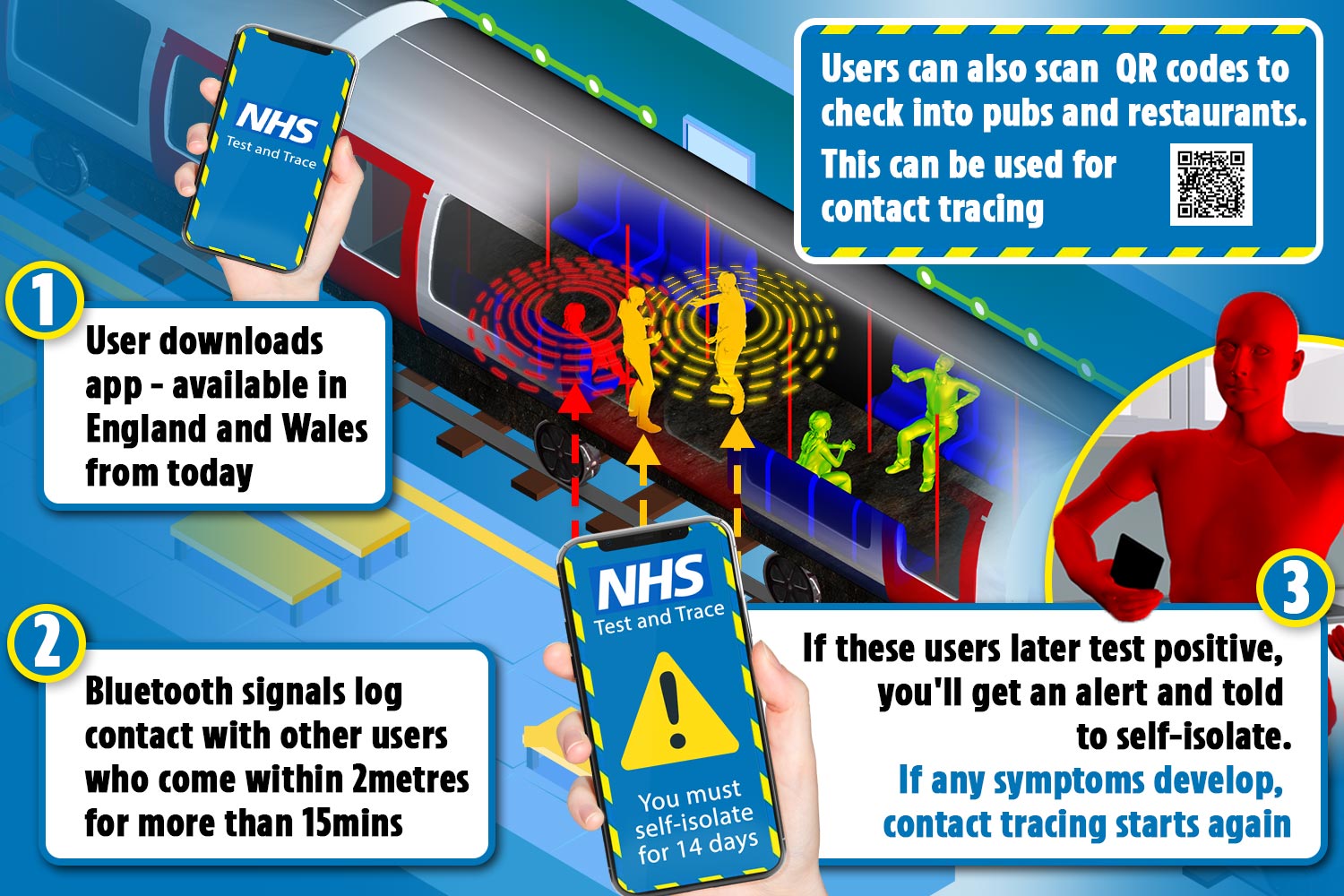 How to download the track and trace app on Android

Similarly to the process outlined above, Android users can download the app via Android's Google Play by searching for "NHS Covid-19".

Some of the latest Huawei handsets are also excluded.

How to download the track and trace app on Samsung

You can watch a video on how to download the app here.

If you have any issues using or downloading the app, check the NHS App help and support page.

In other news, fraudsters are posing as contacts on Whatsapp to hack into people's phones.

Apple may be preparing to unleash a flurry of new gadgets in a matter of days.

And, Samsung has launched a "try before you buy" scheme for its most expensive mobiles to date.

Have you downloaded the NHS Covid-19 app? Let us know in the comments!