Nine Entertainment Co’s publishing division has reported strong financial results with digital subscription and licensing revenue across its mastheads including The Sydney Morning Herald and The Age crossing the $100 million mark for the first time. 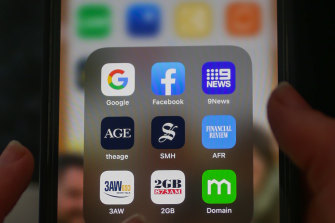 “We have reached key inflexion points in our television and publishing businesses and can clearly see incremental growth opportunities across the whole business.”

Overall, Nine Entertainment Co reported a more than doubling of its full-year profit to $184 million, with revenue up 8 per cent to $2.3 billion. However, shares in the company tumbled by about 10 per cent due to concerns about costs at its streaming service, Stan.

For the publishing business, revenue fell 3 per cent to $504.5 million due to the impact of COVID-19 on travel and luxury good advertisers that typically spent a lot of money in print. Print subscription revenues were flat, but digital subscriptions grew 20 per cent to $103 million. Earnings were $117 million, up 28 per cent.

Patrick Potts, analyst at Martin Currie (one of Nine’s biggest institutional shareholders) said the publishing division was in a good position. “Advertising revenues were a little bit soft, but that was probably just print and the travel and leisure category,” he said. “The digital subscriptions business did really well. I thought it was a pretty good result.”

The result was the last under former digital and publishing boss, Chris Janz. His role is now split between managing director of publishing, James Chessell, and chief digital officer Alex Parsons.

The 2021 financial year results did not include any contribution from multi-million dollar deals Nine struck with Google and Facebook following the introduction of the federal government’s news media bargaining code. Nine said it expects a boost of between $30 million and $40 million for publishing earnings in the 2022 financial year from the deals.