The peak body representing retail shareholders says it is confident it will not be captured by new government proposals to regulate proxy advisors, amid claims the reforms could force it to close its doors due to new licensing requirements.

The federal government last week launched a review of the proxy advisory sector, including mandating financial services licenses for all firms that provide voting advice to shareholders on resolutions presented at annual general meetings.

Under the current regime, there is no requirement for proxy firms to hold a financial services license to provide advice on resolutions such as remuneration reports, board appointments and governance arrangements. 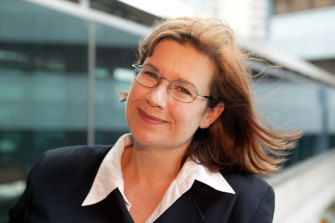 The Australian Shareholders Association (ASA) is a not-for-profit organisation that has represented the interests of retail investors at annual general meetings since 1960. It provides research to members on corporate resolutions, like executive pay and director re-elections.

Former ASA chief executive turned influential proxy adviser Vas Kolesnikoff said the association would be forced to close its doors if it were required to hold a financial services license because it simply did not make enough money to cover the costs.

“These things cost hundreds of thousands of dollars,” Mr Kolesnikoff said. “There’s no way they could afford that.”

However, ASA head of policy Fiona Balzer said the association did not consider itself to be a proxy firm because it does not charge for research and publishes voting “intentions” rather than recommendations. “Internationally, organisations such as ourselves haven’t been considered proxy advice firms,” she said.

Mr Kolesnikoff disputed this, claiming the difference between the ASA and other proxy firms was negligible, adding any legislation brought in would likely use a blanket approach.

“At the moment, it looks like it’s going to cover them,” Mr Kolesnikoff said. “That’s how they do law. It would be pretty tough to say this covers proxy advisers, but which ones? Only those advising institutional investors and influential ones. What’s the definition of influential?”

In the event the ASA does face greater regulation, Ms Balzer said the licensing requirement would be tailored to the group’s operations and may only require its volunteers to undergo additional training or be obtained at a reduced price.

Ms Balzer said the ASA represents only a small fraction of total shareholders and therefore its voting research does not have a material impact on the 170 companies it monitors.

“Really we’re more powerful in compiling the experiences of retail shareholders,” Ms Balzer said. “We try to put it together so a company can more easily engage with their retail shareholders and treat that capital with respect.”

The Australian Securities and Investments Commission (ASIC) launched a similar review into proxy firms in 2017 and while it encouraged greater transparency, it ultimately found no further regulation was required. Ms Balzer said the industry has lifted its game over the past five years.

“Conflicts were emerging in the international market and weren’t being addressed,” she said. “I think there has been greater effort put into transparency since that time.”