The Star Entertainment Group will not be suitable to hold a casino licence until it has decisively rectified its dysfunctional internal culture and risk management failures, according to lawyers assisting a government an inquiry into the company.

On the final day of NSW hearings into casino giant, counsel assisting the inquiry Naomi Sharp, SC, accused the casino operator of belated, and limited admission of wrongdoing. But she said the more significant issue is the lack of insight provided into why and how it all went wrong. 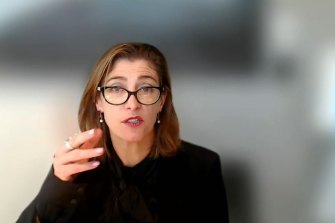 “We submit, there is still the need for a further period of reflection and investigation to understand how this could have gone so wrong.”

The NSW Independent Liquor & Gaming Authority (ILGA) launched the review into The Star, led by Adam Bell, SC, last year following revelations by The Sydney Morning Herald, The Age and 60 Minutes of alleged money laundering, links to organised crime and fraud at the Pyrmont casino.

Sharp was responding to submissions by The Star and its board which claim that a significant overhaul of senior staff – including the departure of its chief executive Matt Bekier and chairman John O’Neill – means it is suitable again.

Sharp reiterated her criticism of the Star’s directors for being too passive, saying a report the board saw indicating Star may have misled NAB about the use of China Union Pay (CUP) cards at its casinos should have raised suspicions.

“The reality remains that this company was not running a flower shop, it was running casinos. And in casinos, there are well-known risks of criminal infiltration and of money laundering,” Sharp said.

She also cited the failure by Star executives to disclose Project Congo – an internal assessment, conducted in August last year, of whether its junket operators were of “good repute” – as a sign of ongoing issues at the casino operator.

“It underscores the point that the process of reflection that Star is engaging in, is far from complete,” she said.

The first day of public hearings heard explosive evidence that Star disguised $900 million worth of Chinese debit card gambling transactions as hotel expenses and then lied to banks in an attempt to conceal the massive fraud.

Star’s top legal officer warned a senior executive there was an “unacceptable risk” that junket operator Suncity was laundering money in May 2018. It continued to run a private gaming salon at the Pyrmont casino for more than a year after evidence of dirty cash dealings emerged, the inquiry heard.

Bell is due to complete his report by August 31.

The Star is facing a similar review in Queensland to assess its suitability to continue holding its licences in that state where it runs three casinos.

The inquiry also heard that an investigation by law firm Gadens failed to substantiate reports that Star encouraged local high rollers to falsely claim they lived outside NSW as part of a scheme that minimised the amount of gaming tax the casino paid the state government.