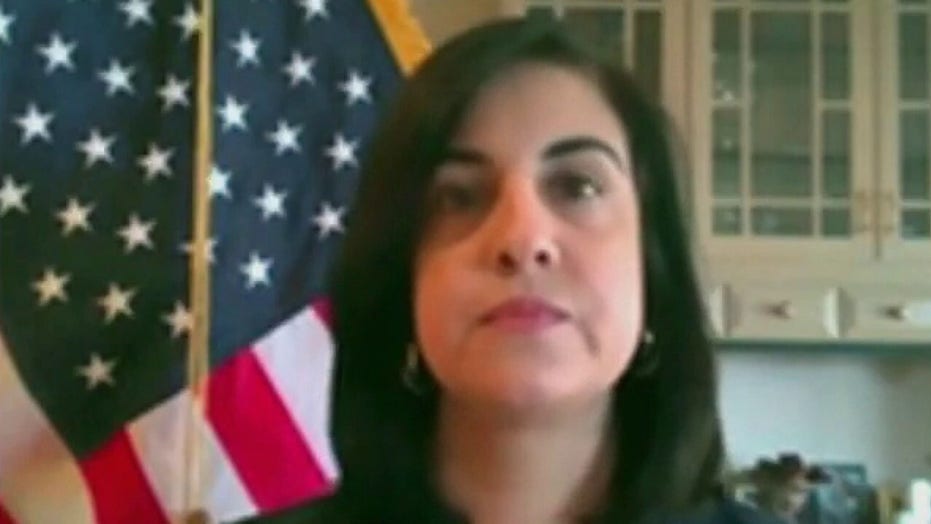 New York Congresswoman-elect Nicole Malliotakis weighs in on how Democrats’ slim House majority will be impacted by incoming Republicans.

Rep.-elect Nicole Malliotakis is waving the warning flag about Rep. Alexandria Ocasio-Cortez's growing influence in New York politics and pledged to be a fighter against socialism not just at the national level with the burgeoning "Freedom Force," but also in Ocasio-Cortez's Big Apple backyard.

Malliotakis, a pro-police GOP state assemblywoman from Staten Island, said the threat of socialism is not just from Ocasio-Cortez's expanding four-member congressional Squad in Washington, D.C., but the growing number of socialists who are gaining power in New York government.

"They're growing in their numbers in terms of their influence in New York," she continued. "And that should be a concern. And that's why there needs to be somebody in her backyard that fights back because that's where her sphere is growing." 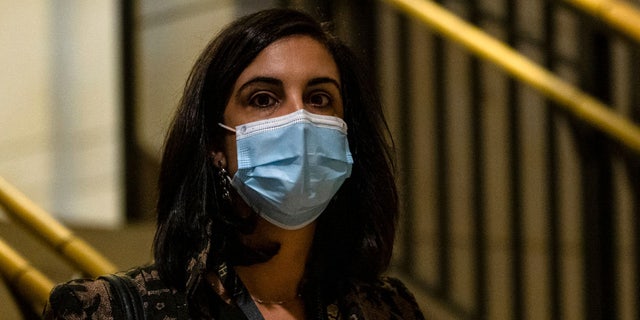 The daughter of a Greek immigrant father and a Cuban exile mother, Malliotakis takes socialism seriously. She's been working with a few other newly elected Republicans whose families have escaped to the United States for the promise of democracy to form a new anti-socialist squad that others have dubbed the "Freedom Force."

The alliance includes Florida Republican Reps.-elect Carlos Gimenez and Maria Elvira Salazar, both Cuban-Americans, and Indiana Rep.-elect Victoria Spartz, who grew up under the Soviet Union in the Socialist Republic of Ukraine.

"What we understand is that millions of immigrants fled countries to escape some of the very policies that Democrats are pushing here," Malliotakis said. "So we are bonded by that experience." 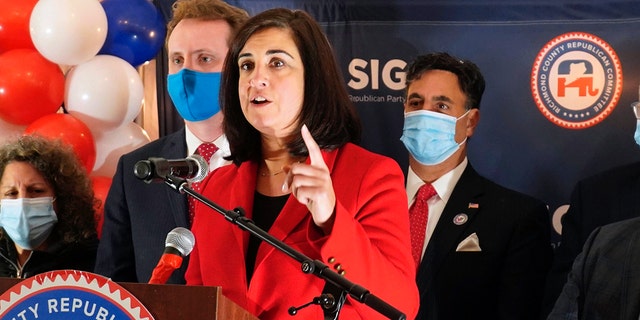 FILE: Assemblywoman Nicole Malliotakis, a candidate for the U.S. House of Representatives, speaks at the Staten Island Republican Party headquarters in the New Dorp neighborhood of Staten Island, Tuesday, Nov. 3, 2020, in New York. "I need to thank President Trump for his strong support and endorsement," Malliotakis said to cheers in the room. (Alexandra Salmieri/Staten Island Advance via AP)

But this 2020 election ushered in more like-minded new members of Congress. Among the Squad additions are Rep.-elect Cori Bush of Missouri, a nurse and activist who led protests against the police-involved deaths of Black citizens; New York Rep.-elect Jamaal Bowman, a middle school principal who supports slavery reparations, and New York Rep.-elect Mondaire Jones, a progressive who backs "Medicare-for-all," the Green New Deal and partially defunding the police.

On the state level, Malliotakis points to six Democratic members of the New York State Assembly losing out to their insurgent primary challengers in Brooklyn and Queens, including some backed by the Democratic Socialists of America.

Now the Democratic Socialists of America is endorsing six candidates for New York City Council in a bid to "take over" the city, the New York Post reports.

Ocasio-Cortez has touted the wins. "In two short years, the progressive movement has dramatically shifted New York’s congressional delegation, the state legislature, and city policy,” she said in a statement to the newspaper after the primary election this summer.

The growing left-wing pressure in New York City was most evident when the City Council and Mayor Bill de Blasio agreed to slash the New York Police Department's $6 billion budget by $1 billion in the wake of nationwide protests over the death of George Floyd while in Minneapolis police custody. However, Ocasio-Cortez wasn't happy with the NYPD budget cuts, saying: "Defunding the police means defunding the police."

"No one is standing up against her," Malliotakis said.

"What you have to realize about socialists is it's never enough," she added. "… No matter how far to the left you go, it'll never be enough to satisfy them and an example of that is defund the police."

Malliotakis said the Democratic Party has "allowed a far-left fringe group to take over." She specifically called out House Speaker Nancy Pelosi, D-Calif., for ceding too much power to the Squad by placing them on powerful committees.

"You put somebody who is anti-Semitic and anti-Israel on the Foreign Affairs Committee. Three or four Squad members sit on the Financial Services Committee," she said. "They want to dismantle the U.S. economy as part of their agenda. That doesn't make sense. It's just giving them too much power." 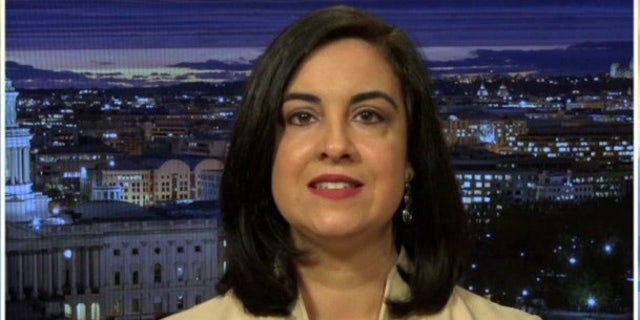 Rep.-elect Nicole Malliotakis, R-N.Y., is building up an anti-socialist "Freedom Force" to counter Rep. Alexandria Ocasio-Cortez, D-N.Y., and her squad.

Malliotakis, 40, got her start in politics by helping GOP officeholders, including working for former New York Gov. George Pataki as a community liaison. She ran for New York State Assembly in 2010 and beat a two-term Democratic incumbent. In 2017, she unsuccessfully challenged de Blasio for mayor. And this year, in her first attempt for Congress, she beat Rose and flipped the 11th Congressional District for Republicans.

Malliotakis won the Staten Island/Brooklyn seat with the backing of the powerful police unions. She's not looking for any major police reform legislation in Washington and instead said local governments should model their departments after the NYPD.

Her main priority is supporting law enforcement and ensuring that federal funds that go toward policing won't be repurposed if more local officials decide to defund the police.

"Federal funds that we give to [municipalities] should be in a lockbox so … they cannot be raided by, let's say, mayors and moved towards other things," Malliotakis said.

BlackRock CEO Larry Fink: The idea that money managers like us are not heavily regulated 'must be coming from bankers'

BlackRock CEO Larry Fink: The idea that money managers like us are not heavily regulated 'must be coming from bankers'

PPP round 2 underway: What to know