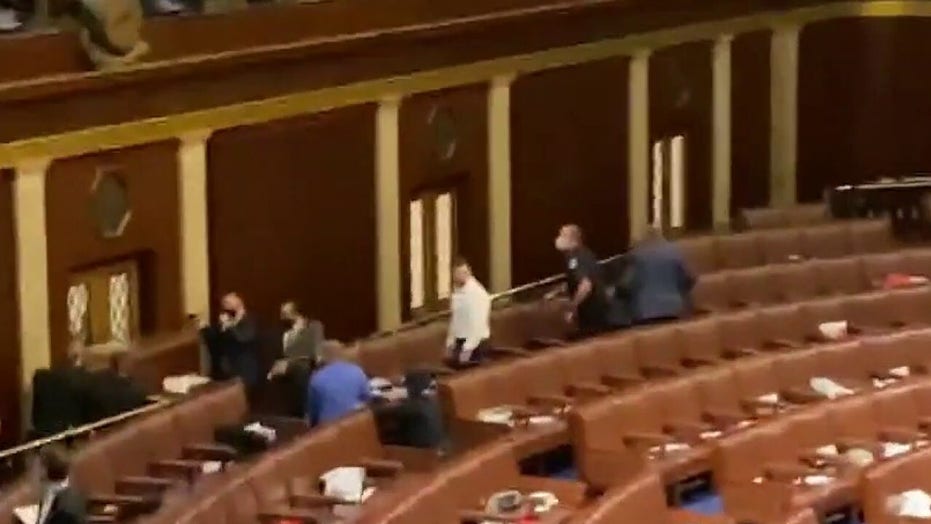 Ted Williams: Capitol unrest must be ‘laid at foot of the president’

Former President Barack Obama attributed violence in the U.S. Capitol on Wednesday to President Trump, who has refused to accept the results of the 2020 presidential election.

In a statement issued late Wednesday, Obama characterized the day’s protests, which devolved into chaos on Capitol Hill, as "a moment of great dishonor and shame for our country," incited by what he described as Trump’s baseless lies about the election’s outcome.

Obama branded Trump and his supporters’ refusal to accept Joe Biden as the rightfully elected president as a "fantasy narrative that has spiraled further and further from reality."

"Right now, Republican leaders have a choice made clear in the desecrated chambers of democracy," Obama wrote. "They can continue down this road and keep stoking the raging fires, Or they can choose reality and take the first steps toward extinguishing the flames. They can choose America."

Former President Bill Clinton also issued a statement late Wednesday about the "unprecedented assault" on the Capitol, Constitution, and country, where he too laid blame on Trump’s "poison politics."

A source told Fox News on Wednesday that both chambers of Congress – where lawmakers had hoped to reconvene – were "trashed," with glass strewn about "everywhere."

Tear gas was used to clear out crowds, and one woman was shotand killed. Protesters broke into both chambers of Congress.

LAWMAKERS, AIDES AND OTHERS SHELTERING INSIDE CAPITOL DESCRIBE CHAOS; AT LEAST 1 DEAD

Lawmakers from both sides of the aisle have condemned the actions of people who invaded the Capitol. And some Republicans have soured on their support for Trump, who has been accused of inciting the events and failing to intervene.

Trump issued a delayed response, which followed Biden’s after the capital went into lockdown.

In a video message posted to Twitter on Wednesday afternoon, Trump urged protesters to go home and to respect law enforcement. But those sentiments followed repeated, unproven assertions about a "landslide" victory in the 2020 presidential election that are untrue.