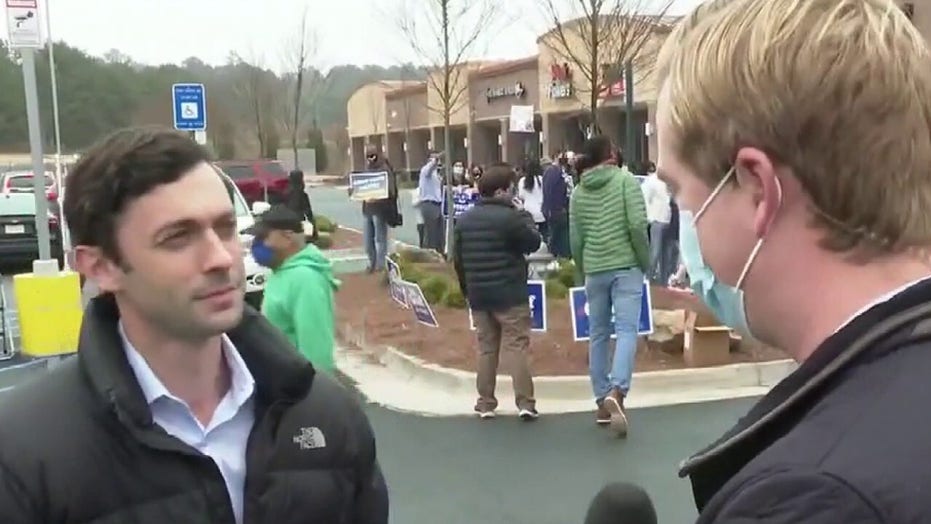 Georgia's Jan. 5 runoff elections, which will determine what party gets control of the upper chamber of Congress, are only three days away, and candidates are making last-minute efforts to win as many votes as possible.

More than 3 million Georgians have voted so far after early voting ended Friday.

This is where the Senate candidates are on Saturday, and who else plans to campaign in the Peach State over the next few days:

Republican Sen. David Perdue, who is facing re-election, is in quarantine after coming in close contact with a campaign staffer who tested positive for COVID-19. Perdue appeared on "Fox & Friends" Saturday morning and urged Georgians to vote for him and Republican Sen. Kelly Loeffler.

"I don't put a lot of stock in polls, and I'm very confident with the president coming Monday night – the vice president coming Monday — and what we're doing with our team over the next three days," Perdue said. "Kelly Loeffler and I will get this vote out on Tuesday, and we'll save America. That's what this is about. This is the last line of defense from this radical socialist agenda."

Loeffler is on the campaign trail, as are Democratic challengers Jon Ossoff and Rev. Raphael Warnock.

Ossoff started early Saturday at 9 a.m. in Stone Mountain and is planning stops in Athens, Eatonton and Macon.

Warnock is hosting campaign events in Valdosta and Albany at 4:30 p.m. and 6:45 p.m., respectively.

"Will be in Georgia on Monday night, 9:00 P.M. to RALLY for two GREAT people, @sendavidperdue  & @KLoeffler. GET READY TO VOTE ON TUESDAY!!!" Trump tweeted Saturday morning.

Self Assessment tax return: Taxpayers urged to appeal penalties as HMRC ‘gets it wrong’