Paul Hollywood reveals celebrity life is ‘difficult to deal with'

The majority of Paul Hollywood’s wealth has been generated from his long-term deals with the BBC and Channel 4. The chef, 56, reported earned a staggering £100,000 per series for the Great British Bake Off when it was on the BBC.

He now reportedly earns £400,000 a year now the show is on Channel 4. Paul also earns income from his own company, HJP Media LLP, and his cookbooks.

Paul also has a lined of baked goods in Waitrose, Sainsbury’s and Ocado.

The Bake Off judge lives with 36-year-old pub landlady Melissa Spalding from Kent. 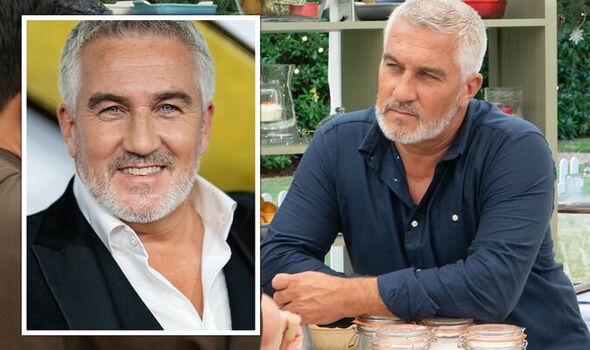 Where does Paul Hollywood live?

Paul used to live in a Grade-I listed home in Kent, however, he listed the property for sale in 2016.

He now reportedly lives in an £800,000 Grade-II listed farmhouse near Ashford in Kent.

The property stands on around eight acres of Kent countryside and is one of the priciest properties in the neighbourhood.

The home is located on the outskirts of Smarden, a small village just west of Ashford which is home to “The Barn of Kent”.

Properties in Smarden had an overall average price of £573,000 over the last year, according to Rightmove.

The majority of sales in Smarden during the last year were detached properties, selling for an average price of £606,667.

The home also has beautiful orchards, rose beds, a Shepherd’s Nook and a poultry run.

Inside, the home is traditional with original beams on the ceiling and large original fireplaces.

As well as his girlfriend, Paul shares the home with his two cats which he gets up early to feed.

In a recent interview with Ideal Home, Paul said the morning is his favourite time of day because that’s when he gets to spend time with his cats.

He said: “I have two beautiful Maine Coons, so I normally feed them first thing and they come sit on my lap and give me a bit of attention being very cute.”

Paul is also a keen gardener and likes to cut his lawn regularly when he’s not busy cooking outside.

Paul was born in Wallasey in Merseyside and was employed at his father’s bakery in York.

He then went on to work at a number of pastry, bread and cake stores before becoming a head baker at a number of well-known establishments in the UK.