House Speaker Nancy Pelosi, D-Calif., agreed during her trip to Scotland with a suggestion that the U.S. military is an egregious polluter.

Asked by questioner if the U.S. military is “exempt” from climate talks even though it is “a larger polluter than 140 countries combined,” Pelosi responded by saying, “We recognize that as well.”

Pelosi added that the military is a “big user of fuel” but argued there have been “many initiatives over time to convert from fossil fuel to other sources of fuel to run the military” because “it would make the biggest difference.”

The House speaker’s comments came during the U.N.’s COP26 climate conference in Glasgow, where Pelosi also promoted her party’s $1.75 trillion climate and social spending bill, which Democrats hope will pass in the House next week. 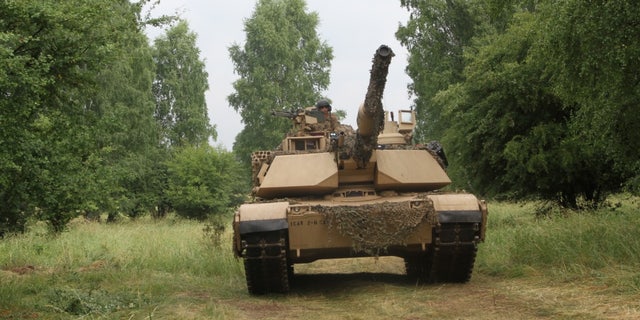 Our legislation is far-reaching, ensuring that [the] future economy is greener and cleaner,” Pelosi said.

“That means $250 billion in clean energy tax credits to develop and deploy the latest in future generations of clean power,” Pelosi continued. “That means over $100 billion in addition for resilience including climate-smart agriculture and nature-based climate solutions; another $100 billion toward local- and region-led climate solutions … and over $222 billion for environmental justice.” 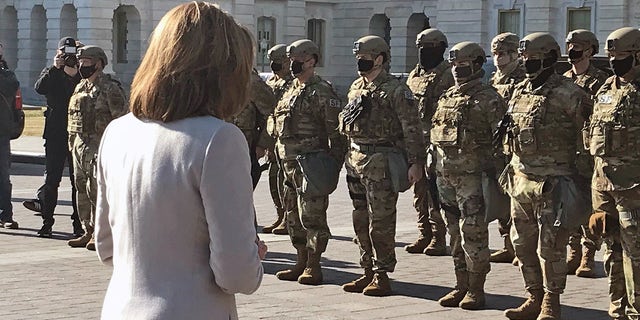 But the legislation still has an uncertain future in the Senate, with moderate Sen. Joe Manchin, D-W.Va., refusing to promise his support for the bill over concerns about its costs.

Without Manchin’s support, it is unlikely Democrats would have the votes to pass the full package.