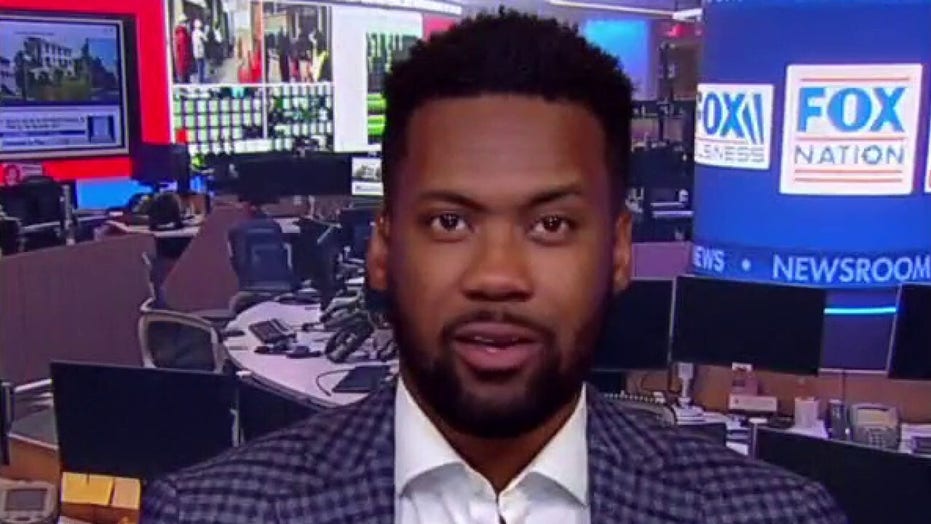 Obama to campaign for Biden in Pennsylvania

‘I don’t think the presidency is determined by endorsements,’ Fox News contributor Lawrence Jones says as he weighs in on whether former President Obama can help swing any votes for former Vice President Joe Biden.

Voter registration in the crucial battleground state of Pennsylvania is at a record high, with Monday serving as the deadline to register for the general election.

So far, more than 9 million people have registered out of a population of roughly 13 million, according to data from the state, including 4.2 million Democrats, 3.5 million Republicans, around 895,000 independents and more than 400,000 “other” party affiliates.

State data also shows that, through Sept. 10, about 200,000 more Democrats than Republicans who did not vote in 2016 have since canceled their registration.

That happened either due to requesting cancellation, dying, moving out of state, being successfully challenged as ineligible or not responding to voter list maintenance notices.

Pennsylvanians have until midnight on Monday to sign up.

President Trump narrowly defeated Hillary Clinton in Pennsylvania in 2016 by less than 1% – after former President Barack Obama carried the state by a 5.4 percentage point margin in 2012.

While Republicans have gained new registrants at a faster pace than Democrats since the 2016 election, that did not stop the Democrats from flipping three seats in the House of Representatives during the 2018 midterm elections.

The state is preparing to handle a massive volume of ballots sent by mail, which has been the source of some controversy and confusion in the lead up to the Nov. 3 election.

Last week, it was reported that the state rejected about 370,000 mail-in ballot applications – primarily because the vast majority of them were duplicate requests.

More than 2.7 million Pennsylvanians have requested mail-in ballots this election.

Another discussion that is occurring in the state legislature involves the timeframe under which counties can begin pre-canvassing and counting ballots.

As it stands, counties can’t begin the cumbersome process necessary to ultimately tally those votes until Election Day.

There is concern that the longer it takes Pennsylvania to tally its final vote count, the more likely it is that there will be misgivings about the security of the process.

Another issue Pennsylvania voters need to be cognizant of is the “secrecy” envelope for their mail-in ballot – the Pennsylvania Supreme Court ruled that if a ballot is not mailed in this extra envelope it is to be rejected.

The stock market could pull back up to 7% before the end of 2020 — but investors should use it as a buying opportunity, says top Wall Street market strategist