May is about to roll around, and for Premium Bonds holders, it means that they’ll soon be finding out whether they’ve been selected in the latest prize draw. The odds of winning per £1 Bond number is 24,500 to one.

In order to buy Premium Bonds, the holder must make a minimum investment of £25.

While the Premium Bonds results are currently under wraps, many will be aware that NS&I’s Agent Million pays a visit to the jackpot winners.

However, the UK Government is continuing to urge the public to stay at home and only leave their homes if it’s for certain specified circumstances, such as for daily exercise or to buy food or health reasons. 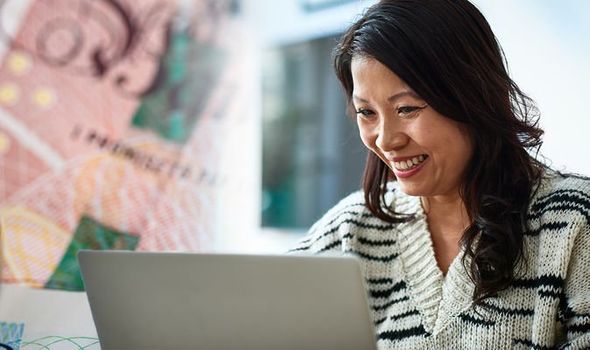 Another exception is if it is to work, but the Government states that this is only if the person cannot work from home.

Those who do leave their homes for these reasons are instructed to stay two metres (six feet) away from other people, as a social distancing measure.

As such, many may wonder whether Agent Million will no longer be able to visit the Premium Bonds jackpot winners.

Ahead of the April 2020 prize draw, NS&I confirmed to Express.co.uk that Agent Million would still deliver the good news, but wouldn’t be “knocking on the door”.

Further details weren’t provided for security reasons, however, it seems “long-standing and well-developed” contingency plans are in place.

May 2020 marked the month in which the interest rates were due to reduce from 1.4 percent by 10 basis points, to 1.3 percent.

The move, announced in February 2020, would’ve seen the odds of winning in the Premium Bonds prize draw drop to 26,000 to one.

However, earlier this month, NS&I confirmed it had cancelled the planned cuts, in an effort to support savers during the coronavrius crisis.

Customers were told they don’t need to take any specific action as a result of the announcement.

NS&I added that they should disregard any letters or notifications that they have received, or will receive, about interest rate cuts to NS&I variable rate savings products.

However, interst rate reductions on fixed term products, which were also announced in February, will still go ahead as planned.

As well as the Premium Bonds, cuts which have been cancelled apply to the products titled: Direct Saver, Investment Account, and Income Bonds.

Meanwhile, changes are due to take effect from May 1.

Customers holding Guaranteed Growth Bonds, Guaranteed Income Bonds and Fixed Interest Savings Certificates and whose investments mature on or before June 1, 2020 and who automatically renew into a new Issue of the same term, will receive the previous, higher interest rate.

However, any customers who choose to renew into a new Issue but a term of a different length, will receive the reduced interest rate effective from May 1, 2020.

Current holdings will be unchanged until they mature and customers do not need to take action now.

NS&I said it would write to all holders of Guaranteed Growth Bonds, Guaranteed Income Bonds and Fixed Interest Savings Certificates at least 30 days before the end of their term.