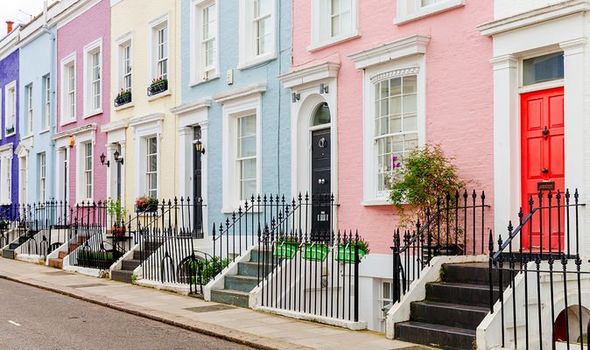 The property market has boomed in recent months with house prices spiking and buyers desperate to snap up homes before they’re sold. The stamp duty holiday threshold, which was reduced at the end of June from £500,000 to £250,000, was expected to slow the market down and even out house prices. However, demand remains high with approximately 19 buyers per property, according to the report by Propertymark.

The UK’s largest body of estate agents released the figures today which reveal how housing stock has been steadily declining since January 2021.

The report showed that an average estate agent member branch had around 23 properties, a 38 percent decrease when compared to June 2020 and June 2019, and a a 40 percent when compared with January 2021.

This figure is the lowest ever on record for the second month in a row.

The previous record was set in December 2002 when there were 25 properties available per branch.

Propertymark claimed the housing market is in “desperate need” of more stock.

Their research also found that 40 percent of homes are now selling at over the asking price which equates to two in five homes selling for more than the original asking price in June – the highest ever on record.

This is an increase when compared with May 2021, when 33 percent of homes sold for more than the original asking price.

Despite it being such a strong market for sellers, why are they so reluctant to sell up?

Nathan Emerson, Propertymark CEO, believes that sellers are aware of the situation and are “nervous” about jumping into the current market in case they kind find a property to buy.

“Sellers have seen the headlines about the huge demand and are nervous about joining the market and selling quickly with nowhere to go,” he said.

Some agents have even described current market conditions as reminiscent of 2008 where sellers were also too nervous to sell.

He explained further: “Firstly, if you are serious about buying in the current market it’s all about being in a position to proceed.

“Very few people can buy without selling, so having a buyer waiting gives you an edge over those you may be competing with.

“If you wait to find a property before putting your house on the market, the likelihood is the property will already have been sold by the time you secure an offer.

“It’s also important to remember that the average time being taken for a sale is around 16 weeks to exchange, that’s four months and the likelihood of not finding an onward property in that time is very small.”

The latest house price index from Halifax revealed that the average house price in the UK now stands at £261,221, up 0.4 percent in July.

This added a whopping £1,122 to the cost of an average property.

This is its lowest level since March 2021.